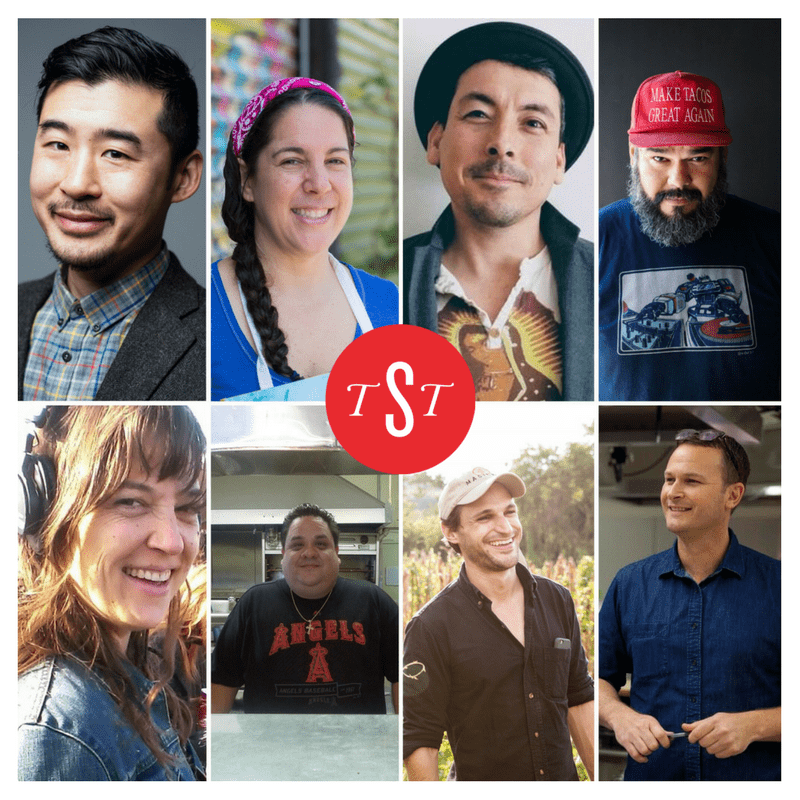 This week we are exploring Mexican food in America. Francis Lam talks about and tastes tortillas with Masienda tortilla maker Jorge Gaviria to get the last word on what makes a great tortilla. Field producer Lisa Morehouse makes a trip to the Mitla Café, a Cal–Mex landmark that is a pillar of the Chicano community, and was the inadvertent model for uber chain Taco Bell. Academic and food writer Steven Alvarez discusses the cultural shift in food and restaurants as Latino communities grow larger throughout the American South. Tucker Shaw, from America's Test Kitchen, teaches Managing Producer Sally Swift the secrets to making spicy, saucy chilaquiles. (Spoiler alert: it's all about the homemade chips.) Taco master Wesley Avila -- the man behind a book and a food truck both named Guerilla Tacos -- shares the formula for terrific tacos with contributor Russ Parsons. And, of course, we wouldn't forget dessert. Francis visits the kitchen of La Newyorkina sweet shop to make a recipe for an old-fashioned flan with Fany Gerson.