Mexington: taco literacy and food's social connection in the South 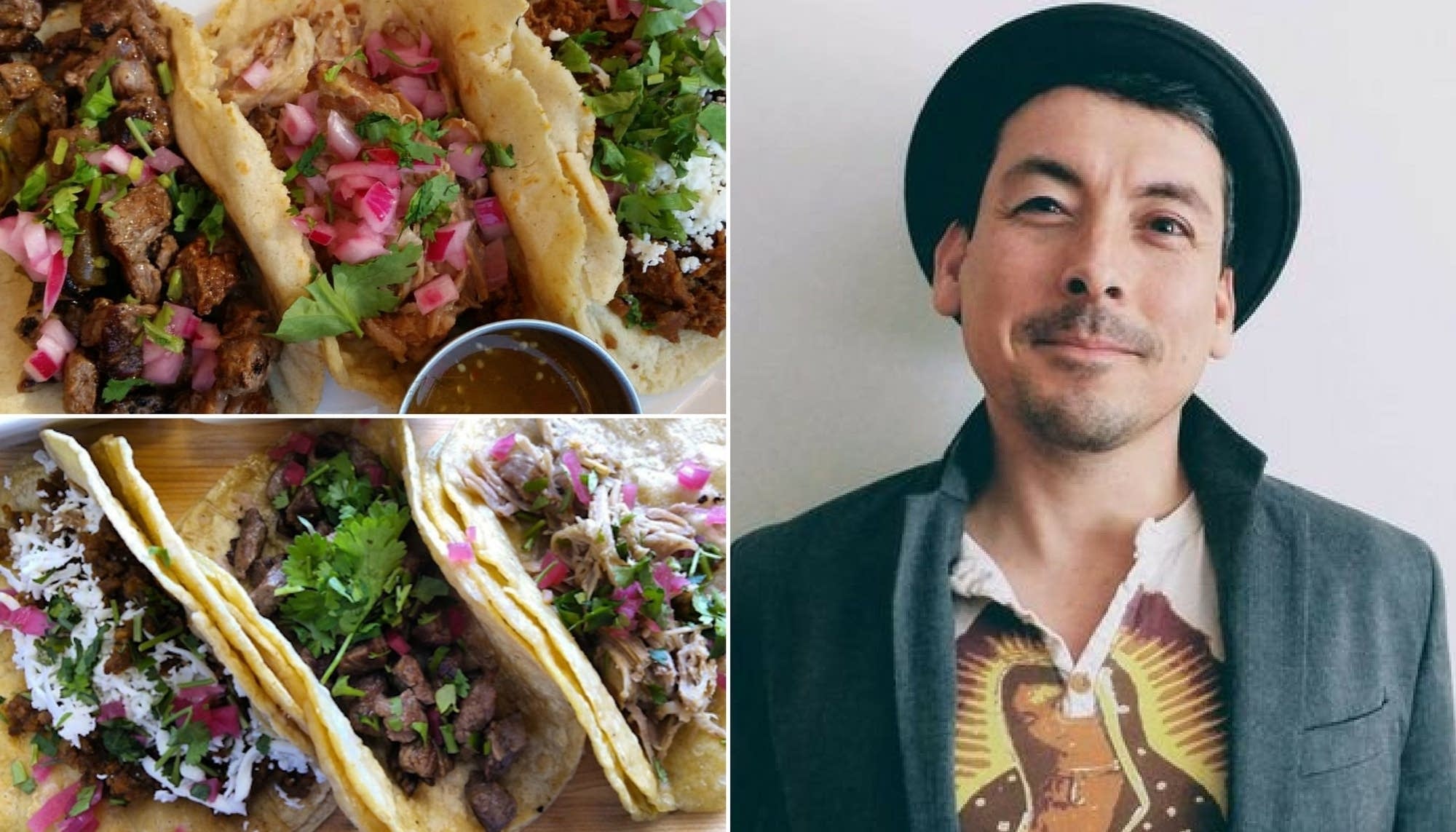 The southern United States is seeing an increase in the number of Mexican and Mexican-American communities. Not only in larger cities, but also in some of the region’s more rural areas. This cultural shift is an area of research that interests many academics including Steven Alvarez, currently an Assistant Professor of English at St. John’s University. In a previous position at the University of Kentucky, he taught classes called "Mexington, Kentucky" and “Taco Literacy." The students learned about some of the newer Latino communities by talking to people and writing about their food. He spoke with Francis Lam about the educational experience, and about the changing face of the American South.

Francis Lam: You started teaching a course on tacos at the University of Kentucky, which is not a place that everyone necessarily associates with Mexican food or Mexican communities. Tell us about exploring that place and Mexican food there.

Steven Alvarez: Before I taught “Taco Literacy,” I was teaching a class called “Mexington, Kentucky.” That class explored the demographic changes happening in Kentucky. Kentucky has one of the fastest growing Latino populations in the country. At this point, I believe it’s tied for number three. Most of these states are located in the South. The South is experiencing a sort of Latinization or transformation. For that class, I took the students to a local taqueria. I realized how excited they were; they were so happy and curious. At that point, I was thinking, “I could do a class that would do basically the same kind of general framework for exploring Latin Kentucky through food.” Food became the prism by which we would explore some of these social and demographic changes.

FL: You noted that the Latin population is growing quickly. Why in Kentucky?

SA: Primarily the horse industry, and also the agriculture industry. It’s happening between the areas of Lexington and Lousiville to the west. That area is rich country for farms. The area of Lexington that's to the west side, relatively close to Keenland Race Track and the airport, is where the primarily Mexican population concentrated. And that's the area that was pejoratively referred to as Mexington. However, as a growing kind of Kentucky-Mexican identity has emerged, Mexington has become a place to be proud of, even honored. It’s place where people feel a sense of pride as that's their neighborhood. There were also other states where Latinos felt less welcome, and they migrated to Kentucky after learning about the cost of living and the opportunities available.

FL: You say that Mexican-Kentucky identities emerge. How do you see that through the food?

SA: It happens in a couple different ways. On one hand, there is the large regional varieties of Mexican food that have been popping up more in Kentucky. That is food from Veracruz, the Yucatan, Aguascalientes – from the northern states of Mexico; and also from the southern states of Oaxaca and Puebla. So, you have an increasing diversity of regional Mexican cuisine that's emerged in Kentucky, meaning that folks from all over Mexico are coming to Kentucky. But you're also seeing an exploration of using local ingredients to enrich Mexican food. For example, there is a place called The Ville Taqueria in Louisville that has bourbon-marinated carnitas. Another one of my favorite spots in Lexington – right in the heart of Mexington – is Tortilleria y Taqueria Ramirez; they use Weisenberger Mills corn from Midway, Kentucky, which is famous for its grits. These are Kentucky tortillas with local corn. That's attention to the rich agricultural wealth of Kentucky, and for the ingredients that are available that create this hybridity.

FL: I remember reading about your work from a terrific writer, Gustavo Arellano, who is a newspaper man. He's written a column for a long time called, “Ask A Mexican,” which is an amazing name for a newspaper column. He said that you are a student of how not just the South is changing Mexican immigrants, but how Mexican food is changing the South. Now we know about the bourbon-marinated carnitas. Tell us about the other side of that coin. How are these Mexican communities changing the South?

SA: I think Gustavo is at the forefront of exploring the transformations happening in the South. Some of the work he's done for Southern Foodways Alliance – including some of the oral histories and profiles of different restaurant and restaurant owners – have been incredible. He’s open up a way of thinking about exploring the local-lived experiences of folks in Kentucky. In my own experience and research, I largely explore immigration. And by being in Kentucky, I think connecting with food has been something that's enriched my research. Though I usually explore literacy and bilingualism, exploring that through food has been a way for me to think about how literacy is connected to care. Care – and the social connection to care – strikes me as the same as with food. I think food and literacy are deeply wound together, especially the stories surrounding both food and how we learn language. That's been a rich point in terms of my own research.

No doubt about it, Gustavo has been a huge influence. He's probably one of the only Mexican-American folks to actively vacation in Kentucky every year. He makes a pilgrimage to go to this World's Longest Yard Sale thing. But he also makes it a point to try some of the places in rural Kentucky where you order Mexican food by the plate number. It’s really interesting that you can go out in the holler and parts of eastern Kentucky, and you’ll always find a Mexican restaurant. In some of these rural communities – especially in Appalachia – folks are getting their taste of Mexican culture through the food. And that may not be necessarily the folks that you’d consider “authentic,” although it has its own realness – and that beats authenticity. It's also that social connection; even in harsh political times, food can bring people to the table.

Steven Alvarez is an Assistant Professor of English at St. John’s University; his latest book is called Brokering Tareas. He left us with a list of recommended reading and a Southern Foodways Alliance video related to Mexican food in Kentucky:

MEXINGTON from Southern Foodways on Vimeo.