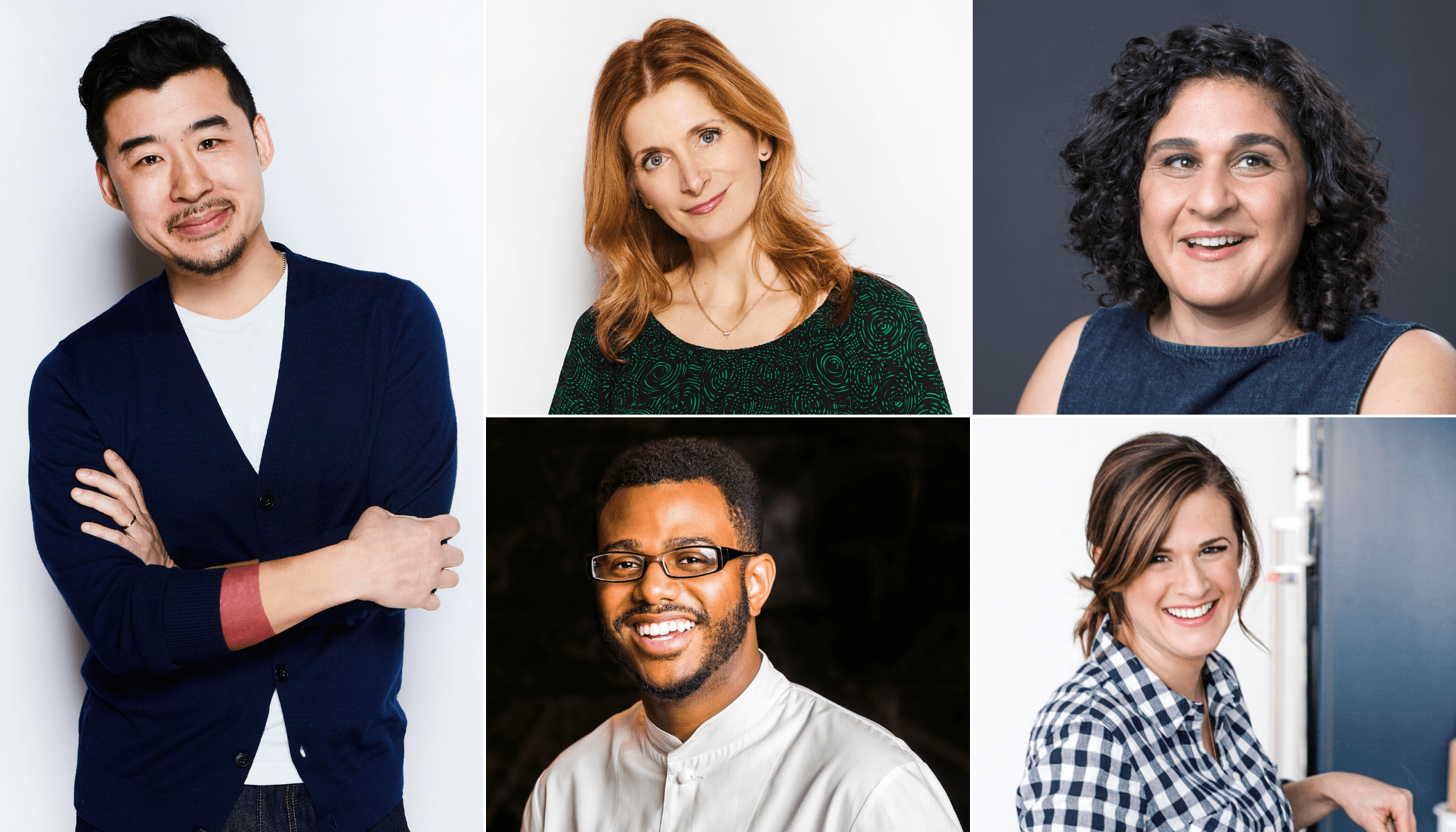 Here is a rundown of the topics and questions from the calls broken down by half-hour:

Have a question (or disaster story) to share with Francis and our guests? Submit it via our Contact Us form. You can also tell your Thanksgiving tale or ask a question at our our via Facebook, Twitter, or call in during the live show to 1-800-242-2828.

Melissa Clark is a food writer, author, and host of our new podcast Weeknight Kitchen with Melissa Clark. She is a food columnist for The New York Times, and has written for Bon Appetit, Food & Wine, Every Day with Rachael Ray and Martha Stewart. Melissa has written more than 35 cookbooks, including Dinner: Changing the Game, Dinner in an Instant, and Comfort in an Instant. Other books include collaborations with some of New York City’s most celebrated chefs, including Daniel Boulud (Braise), David Bouley (East of Paris), Andrew Feinberg (Franny’s), Claudia Fleming (The Last Course), Bruce and Eric Bromberg (Blue Ribbon Cookbook), and former White House pastry chef Bill Yosses (The Perfect Finish). Her work has been honored with awards by the James Beard Foundation and IACP (International Association of Culinary Professionals), and has been selected for the Best Food Writing series. Melissa is a regular guest on the Today show and Rachael Ray. She has also been a judge on Iron Chef America.

Samin Nosrat is a cook, teacher, and author of the James Beard Award-winning New York Times Bestseller Salt, Fat, Acid, Heat. She is an Eat columnist at The New York Times Magazine and the host and an executive producer of the Netflix original documentary series based on her book. Nosrat has been invited to speak about food, art, culture and cooking at venues as diverse as the Oakland Unified School District Nutrition Services, UC Berkeley, Yale University, SFMoMA, St. Mary's College, University of San Francisco, the Orange Institute, the Headlands Center for the Arts, the International Association of Culinary Professionals (IACP), and Artechef, the Cuban national cooking school. But mostly, she lives to cook and eat with friends, surf, sleep under the stars, read and write, and listen to good music.

Kwame Onwuachi is an award-winning chef and author. He is the chef of Kith and Kin restaurant in Washington, DC. This year, he won the 2019 Rising Star Chef award from the Beard Foundation. He was also named Best New Chef by Food and Wine and made the Time 100 Next list. His memoir, Notes from a Young Black Chef, was published this year and received high praise from both journalists and the food industry; the book is a finalist for Goodreads best food and cookbooks of the year. Onwuachi was born on Long Island and raised in New York City, Nigeria, and Louisiana. First exposed to cooking by his mother, in the family’s modest Bronx apartment, he took that spark of passion and turned it into a career. From toiling in the bowels of oil cleanup ships to working at some of the best restaurants in the world, he has seen and lived his fair share of diversity. Onwuachi trained at the Culinary Institute of America and has opened five restaurants before turning thirty. A former Top Chef contestant, he has been named one of Food & Wine‘s Best New Chefs and a 30 Under 30 honoree by both Zagat and Forbes. Listen to The Splendid Table episode featuring an intimate conversation with Kwame Onwuachi.

Shauna Sever is a regular contributor to The Splendid Table, for which she was nominated for an IACP award in 2017. As a writer, Shauna’s work is best defined by several baking-centric cookbooks. Her fourth and newest book is Midwest Made. She has also contributed food stories, recipes, and expert tips for numerous outlets including The Wall Street Journal, USA Today, Food52, Bon Appetit, The Kitchn, Fine Cooking, Food and Wine, Bake from Scratch, O Magazine, and many more. She began developing and writing recipes when she launched her award-winning baking blog Piece of Cake in 2007. After more than 12 years of California living, Shauna, her husband, and their two sweet-toothed kids returned to her hometown of Chicago, where she now bakes, writes, and is always on the hunt for great old-school Midwestern bakeries.