To eat anything is an adventure: Betty Fussell on 50 years of food writing

by Shauna Sever
Listen: To eat anything is an adventure: Betty Fussell on 50 years of food writing
09:48 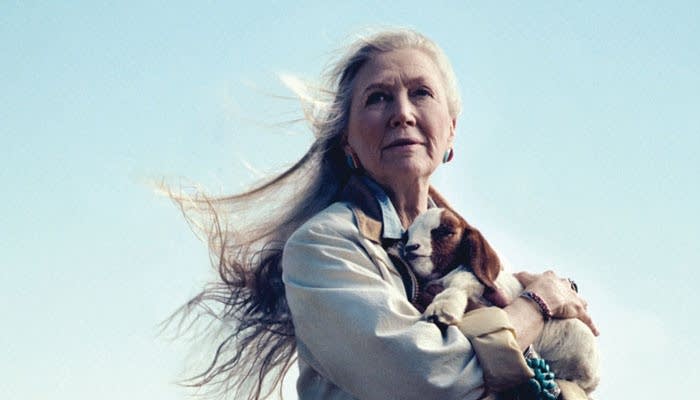 Imagine 50 years of thinking and writing about food: books, articles, lectures, classes. Now, imagine boiling all that down to a single volume. At nearly 90 years old, the esteemed food historian Betty Fussell has done just that -- and done it so well -- in her book Eat, Live, Love, Die. Betty talks with contributor Shauna Sever, an award-winning writer herself, from Betty's home in Santa Barbara, CA.

Shauna Sever: I have to say when I found out I'd be speaking with you, I didn't know where to begin. It's a little bit like asking Queen Elizabeth about her decorating plans for the palace.

Betty Fussell: Queen Elizabeth and I are of similar age. [laughing]

SS: From that comes an incredibly rich life. It's a little difficult to know where to begin. I realize you had similar feelings in trying to distill 50 years of writing down into one volume of essays. How did you begin to choose what to include in the book?

BF: You're absolutely right that selection is the hardest of all things. I looked back at the 50 years to think what was most important. For me, the underlying sense is what food is and what it means. But that's abstract. I have been so lucky to have lived long enough to look back and say “Oh my gosh, I've been here, I've been there. I have been alive when the whole food revolution began.” The American food revolution -- and the American food culture -- is my passion.

SS: Why do you think that food is such a powerful lens through which to examine our lives?

BF: Because to eat is to live, and to live is to die. The whole enchilada is embedded in our daily need, the requirement to eat. All critters eat. The first connection is baby says “feed me,” and there's milk and there's mama. That's how we learn about other people. That's how we learn about the outside. To eat is to know. Because I'm at the end of my life, I can look back and say “Oh my god, the narrative is clearer and clearer: every bite I eat, every meal I make, has the whole cycle in it.” That is enormously exciting.

SS: That brings you to the perfect title Eat, Live, Love, Die. It's all there.

BF: And to my opening essay “Eating my Words.” What food is -- it’s not just substance; it's not just a thing. It is always a symbol; it is always an image. To eat anything is an adventure, whether it's the thing you've eaten your entire life or it's eating bugs in Australia. An essay of mine that I love called “On Murdering Eels and Laundering Swine” is [about] killing a live eel in my New York apartment, and cleaning pig's guts to make chitlins -- part of the world’s standard foods. You learn a lot about food by doing it.

SS: You come back to that idea many times throughout the book: the connection of language and eating, feeding and speaking -- the mouth being used as a way to explore and interpret the world around us at the same time. That seems to be a central philosophy in your work.

BF: It absolutely is because food, in the twentieth century, got swallowed up by nutrition, diet and health -- by simply it's chemical ingredients. And that is the least of it. What you eat is the least of it. In the 1950s and 1960s -- when food became more abundant after the Great Depression and the abstinence of World War II -- food becomes demonized: “no fat, no salt, no butter, or you're going to get fat; you're going to get disease.” And the fear -- to make food fearful -- is criminal. I'm trying to rescue food from the nutritionists and the whole industry of diet and health, to say “no, there is no magic bullet. It is all here now.” Food and eating inevitably leads to dying because living leads to dying. Therefore, look at it all now, look at the whole, and you don't get distracted by things that are not important. My whole thing is to look at the foods. Look at oysters. Look at JELL-O. Processed foods -- what does it mean? What is it about? You get this great hodgepodge here that you get no place else in the world.

SS: That describes what you do so perfectly. You really are the quintessential “American” food writer. That so much of what you do is focused on America and the way we eat, the history of our food. It's such a unique position that you've taken.

BF: It never seems so to me because I didn't begin with food. I'm really a theater nut, meaning as a baby I'm a movie nut. That means pop culture is deep in my heart. And who invented movies -- or really who created movies most -- is the American culture. I am created by that so my first section is Cultures. Because I realize how embedded in my culture I am. My second section is People. The people I've been lucky enough to know: the great English pioneer Elizabeth David; our own great pioneers M.F.K Fisher and Julia Child; James Beard, whom I lived one block from in New York City; Alice Waters, whom I met 30 years ago when she was just starting. I have been so lucky to write profiles on people like Edna Lewis, a wonderful African-American [chef] from Virginia, Marcus Samuelsson from Ethiopia, and Jean-Georges Vongerichten, our four-star count of cuisine from Alsace. All of these people come to America and cook, write, and explore for us the whole rest of the cultures of all the countries in the world.

SS: You write about all of these people in your book and use them as a way to demonstrate further this idea of American cooking and cuisine.

BF: This is the advantage of the periods I have grown up with -- two revolutions. One, the revolution in travel. In the 1950s, travel became an industry, and it didn't cost anything. We could travel everywhere. I've eventually gone around the world to all these different countries, and I've found that the great universal language was food. You didn't need anything. You didn't have to know Chinese to go to China and connect. This was a revelation to me. That's when I started writing, and I found that I didn't have to go abroad to discover. I could discover at home with what I had been doing as a housewife and mother for a good decade. I had been cooking in the kitchen, because that's where I “belonged.” I was very excited with feminism and all that, but I never wanted to give up the kitchen. No! I loved the kitchen. I loved the daily process of participating, and that's where I can explore the most. But I want to communicate that exploration. So I want to write.

SS: How do you see the future of food writing? Is it something that you think much about? Do you have any opinions on what you'd like to see more or less of in this food media world that's always changing?

BF: I'm simply dazzled and full of wonder and admiration at the digital revolution that is engulfing of us all. The iCloud world of food, what is that going to be like? We are millions of people who can connect every second, every day. What that is going to do -- I have no idea -- in terms of food; except it certainly changes perception because it changes our attention span, our sense of time. It eradicates place. We’re all these little moats floating around in the iCloud, and yet we are all subject to the same condition of change, and cyclic change, which means life and death of the moat. It’s going to change into little blogs and Twitters  and Snapchats and equal time with images. I love that. It's a mosaic. It's a mosaic that upsets, in a way, the formality of a splendid table. It makes the table accessible to every person in the world at the same time. That's an astonishing thing.

We have an excerpt from Eat, Live, Love, Die to share with you. Follow this link to read Betty Fussell's essay "Eating My Words."