5 side dishes from Donna Hay to serve this Thanksgiving

by Sally Swift
Listen: 5 side dishes from Donna Hay to serve this Thanksgiving
07:20 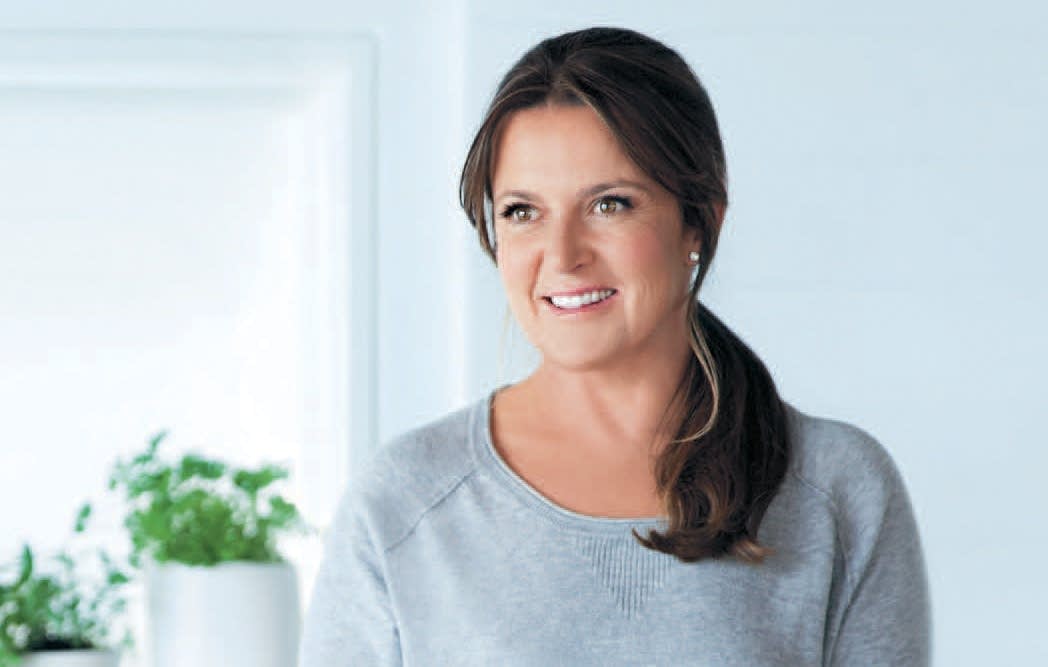 "[Side dishes] have to be quite dramatic," says Australian author Donna Hay. "They're like the good supporting actors in their roles." In preparation for Thanksgiving, she shared five recipes from her cookbook The New Easy.

In a previous appearance on The Splendid Table, she emphasized the importance of short, simple, well-written recipes in her books.

Sally Swift: Have you ever sat down to an American Thanksgiving dinner?

Donna Hay: Yes, I have. It was quite a few years ago with some American friends of mine back in Sydney. It was a really big deal. They were really stressed, running around. They wanted to do it absolutely perfectly. But I think because they put so much pressure on themselves, it didn't quite work out.

And were there marshmallows in a salad, or was I dreaming?

SS: There probably were marshmallows in the salad.

SS: I want to take a fresh look at some of our side dishes, which to me are the main event for Thanksgiving. I think we tend to do the same things over and over. We're coming to you for some advice. I'm wondering if you will take on a classic, one of the things that is on many, many people's tables on Thanksgiving: roasted squash. What would you do as an alternative?

DH: It's usually quite plain, isn't it? I think we we should spice it up a bit. Roasted squash is one of my favorites.

But what I like to do with it is roast it with something more with a kick, like some nice, dried chorizo, some tomatoes, some marjoram leaves, some French eschalots [French shallots]. What I like to do is just put it all on one tray together and roast that. The squash has a natural sweetness then with the spice of the treat. It all melts together.

I like to put it with a smoky paprika maple syrup red wine -- a really simple dressing over the top. The sweetness of the maple in the dressing? Yum.

SS: What about some salad alternatives for the table?

DH: Let's do something super crispy, crunchy and refreshing. There's a lot going on at Thanksgiving. My favorite pick would be the celery and apple salad, for a few reasons. I love this salad because it's layers of celery. It's celery root, really finely cut, which is raw and crunchy. Then I have stalks of celery, really thinly sliced. Then the really small, quite pale celery leaves.

SS: Which most people throw away.

DH: Yes. They have a really great flavor. You use those really small leaves.

To offset that celery flavor, really thinly sliced green apple, which has that sweetness but of course the tartness to it as well. That's just a really simple combination. It's really pretty with the celery leaves.

SS: What would you dress that with?

DH: I'm working with the apple flavor; I'm more likely to combine the same flavor. So I like to make a dressing of apple juice, apple cider vinegar, grain mustard, little bit of olive oil, salt and pepper. It's fruity but it's delicate. You don't want to overpower those flavors. That's a perfect dressing to go over that.

SS: It would be perfect against turkey.

SS: You often do pickle things. Do you have an idea for a pickle condiment for the Thanksgiving table?

DH: I do a great pickled carrot and radish salad. That has quite a bit of zing to it, with the radish and the pickle. It's a good one because the carrots only need to pickle for 30 minutes. It's nice and quick. You can prepare the carrots in advance. They just need to be blanched for 30 seconds. I like them with a lot of bite and crispness to it. The pickle, again, a nice, fruity apple cider vinegar.

The pickle is flavored with two of my favorites: dill and juniper berries. It does look great on the table as well because you can use those beautiful, brightly colored heirloom carrots or just regular baby orange carrots, and then really thinly sliced, beautiful red and white radish. They are gorgeous together.

I like to finish that with some arugula and then some labneh, which is that lovely, creamy edge to the salad. It just works in combination perfectly.

SS: Boy, that would wake everything up at the table. The great thing about both of those salads is that you can do most of the prep in advance.

SS: Give me a couple of ideas of things that we wouldn't think of for the Thanksgiving table.

DH: Maybe something warming and a little bit comforting: my Golden Baked Onions.

SS: We don't bake onions for Thanksgiving. That sounds delicious. How do you do them?

DH: You cut onions and you put them cut-side up, so you can see all those nice lines. They actually take a long time to bake. It's one of those things that you just throw in the bottom of the oven maybe in the morning. They need to bake, covered, for an hour and a half.

But when you bake an onion for that long, it starts to really break down. The sweetness of the onion comes through, and all that acidity of the onion just melts away. It's really important to bake it for that hour and a half. They're super soft.

Then you just top them with a little bit of thyme, some dijon, some cream, some mozzarella and some Gruyere. It all blends together. It's all bubbling. Oh my goodness, it's so good.

DH: The other thing that's becoming really popular -- it seems to be really trending now -- is cauliflower. I think of sides like you do, Sally. They have to be quite dramatic. They're like the good supporting actors in their roles.

This one is a whole head of cauliflower. You blanch it first, pre-cook it in chicken stock, which is flavored with sage, thyme, oregano and garlic. You're softening the cauliflower because you want to cook the whole head together so it looks really dramatic and glamourous on the table as well.

You cook it until it's soft. Then you just brush it with some butter and some olive oil. You roast it so that the outside is really crunchy and the inside is nice and soft.

I like to finish it with a sumac sauce, which is just really simple. Sea salt flakes, sumac and a tiny bit of dried chili just for kick. It looks uber glamorous on the middle of the table.

SS: A perfect opportunity for vegetarians at the table. Skip that turkey all together.