It's not the family dinner that's important; it's the time together

by Melissa Clark
Listen: It's not the family dinner that's important; it's the time together
08:11 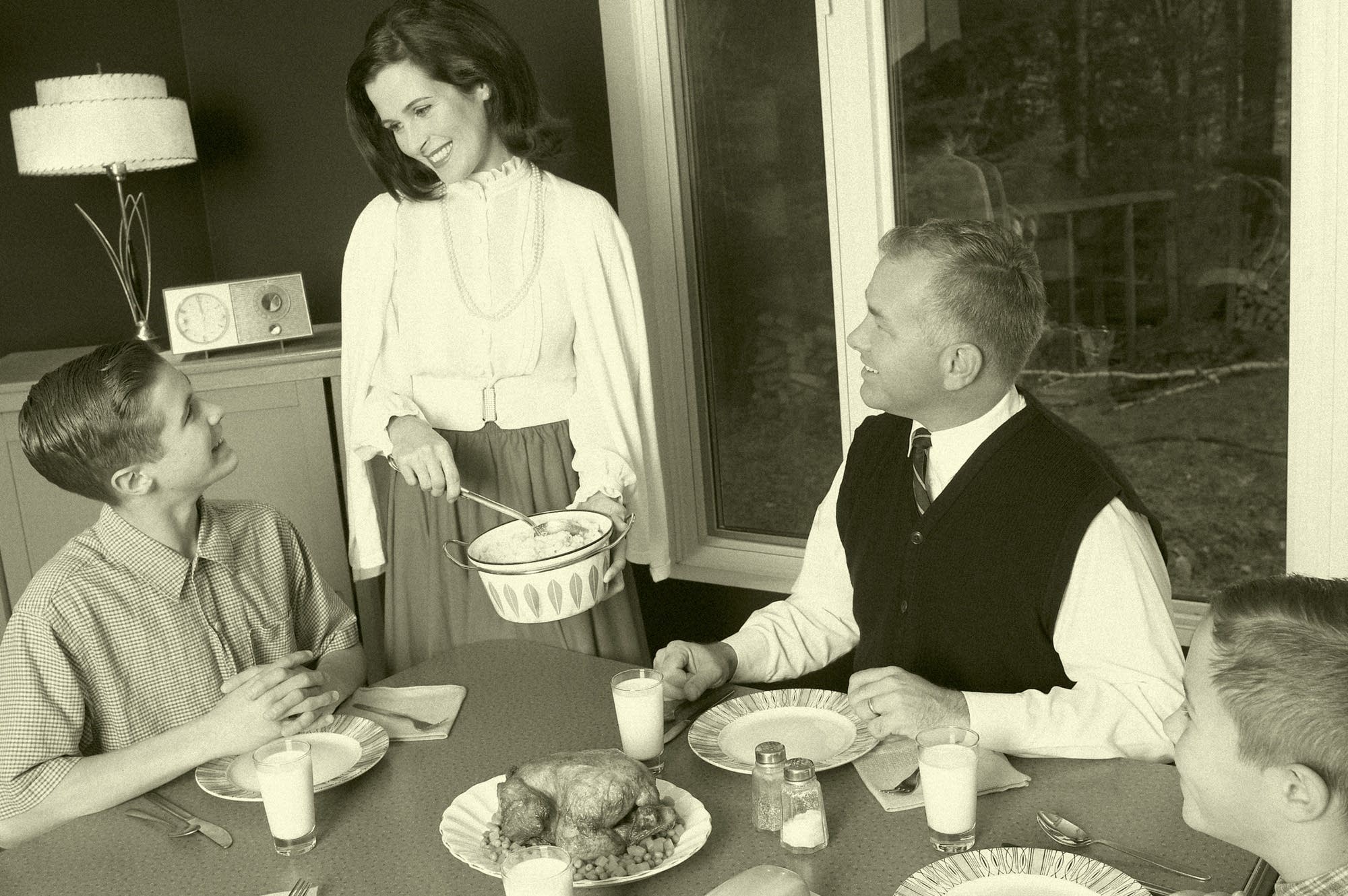 If there’s one thing that parents have heard, it’s that the family dinner is important for children. There is a lot of research to back that up. But here’s the problem: it just simply doesn’t work in a lot of our lives. Bruce Feiler, a New York Times columnist and author of The Secrets of Happy Families, has good news for busy parents: it’s the time together that really matters.

Melissa Clark: I was so relieved to hear that after all the hoopla, the family dinner isn’t actually as important as we all were led to believe.

Bruce Feiler: If there’s one thing that parents have heard, it’s that the family dinner is important for kids. The truth is there is a lot of research to back that up. But here’s the problem: it just simply doesn’t work in a lot of our lives. A third of us are not doing it regularly; Americans rank 33 out of 35 countries in terms of eating meals together.

But dig deeper into the research and the news is quite relieving for parents. Nothing has been more studied in this space than dinner time. Every “you know,” “um” and “like” in tens of thousands of meals has been cataloged, and it turns out there are only 10 minutes of conversation in any mealtime. The rest is taken up with “take your elbows off the table” and “pass the ketchup” and all that kind of stuff.

That’s important, but the point is the research shows you can take that 10, 15 minutes, move it to any time of the day and still have the same benefit. So if you can have family dinner, fantastic, bravo. But if you can’t -- if mom works late or a kid has sports practice -- you can meet for family breakfast if that’s better in your schedule. You can meet at 8:30 p.m. after the kids have done some homework and everybody is home from work. You can have even one meal on the weekends and it can still have positive effect. The point is it’s the family time that’s important. It’s the bonding time, that 15 minutes of conversation, that’s what really matters. It’s not having that bonding at the dinner table.

MC: So you could even do that in the car while you are taking your kid to sports practice, for example?

BF: Absolutely. One of the things that I did was I tested a bunch of different dinner-table-conversation games to find out which worked with people of different generations and which were the most effective.

One is you can play a simple game. We do this now in my family where we play “Bad & Good,” where everybody will go around and talk about what happened bad to them, everybody will talk about what happened good to them -- both parents and children. In effect, parents are signalling, “You know what? Everything isn’t going to go great. This is how I solved a problem today.”

We play a game now called “Pain Points,” where everybody talks about a difficult situation that they’re facing in their life. Maybe a kid has to do a project with someone at school they don’t like or mom says, “I really want to go to your soccer game on Tuesday but I need to take grandma to the eye doctor.” Suddenly the mom feels less stressed because she’s being open about what she’s facing and suddenly the kids are engaging in solving the problem. You end up having an incredible bonding experience over what was before that just a source of stress.

MC: You wrote in your book about a chef from New Orleans named John Besh and his wife. They have a really interesting strategy of how they can come together for different types of meals -- I think this is a great inspiration.

BF: Imagine this dilemma: Here’s a guy who’s devoted his life to food, he’s obviously a celebrity chef now, owns many restaurants in New Orleans and in Texas, he’s on TV all the time. Food is central to him, and yet by definition in his job, he’s working in the evenings. His wife, even more, just didn’t have time.

One day he finds a McDonald’s bag crumpled up in the pantry and he brings it to his wife, kind of like a cat would bring a dead mouse to his wife. He says, “Excuse me. What is this?” She was like, “Sorry, hotshot. I married a chef. I thought my problems would be solved. I don’t like to cook and I’m running your four kids around to sports practices. Sorry I had to stop off.”

It prompted this change and they did a number of things. First of all, they decided to make a strategy where, “Okay, dad, you like to cook. Make some extra food on the weekends that I can repurpose during the week.” She said, “I don’t mind repurposing food, but I don’t have time or the inclination to make it from scratch.” He took over breakfast. Then they made Sunday afternoons -- when he wasn’t working -- the time where he would make a big pot of food, make extra for the week, and invite the relatives over.

This is the larger theme I learned while working on this book, which is there are ideas out there which can help parents. Time-shifting is something we know from work, we time-shift our TV shows. You can time-shift family time; you don’t need to have it all in the time that everybody thinks.

MC: Another thing you talk about in your book -- and you also wrote an article in The New York Times about this -- is the importance of family narratives. As long as you talk about your family history together, that really is a great way for your family to come together and be cohesive.

Focusing on that second one -- they don’t just talk about difficult conversations, as important as that is. They talk about what it means to be part of a family. Researchers at Emory gave kids a test about their family history: Do you know where your grandparents were born? Do you know where your parents went to high school? Do you know an aunt or an uncle who had an illness that she or he overcame? The kids who knew more about their family history had a higher sense of self-confidence and a greater belief that they could control their own lives. It was the single biggest predictor of a child’s emotional well-being.

Kids who understand that they come from that kind of a family know that when they hit their own hardships, which are inevitable, that they can push through, they can do it themselves. Everybody has somebody like that in their family, and the inclination is to stuff those skeletons in the closet. If I’ve learned one thing, it’s to open up those closet doors. You’re actually serving your children well.

Melissa Clark is a food writer, author, and host of our new podcast Weeknight Kitchen with Melissa Clark. She is a food columnist for The New York Times, and has written more than 30 cookbooks including Dinner in an Instant, Cook This Now, and In the Kitchen with a Good Appetite.
Lake Prespa Baked Mushrooms
Salsicce e Peperoni in Padella (Skillet Sausage and Peppers)
Fiesta Turkey with Chorizo and Cashew Stuffing
Savory Thumbprint Cookies with Cream Cheese & Pepper Jelly