What extra virgin means, and who in the olive oil industry abides

by Lynne Rossetto Kasper
Listen: What extra virgin means, and who in the olive oil industry abides
07:42 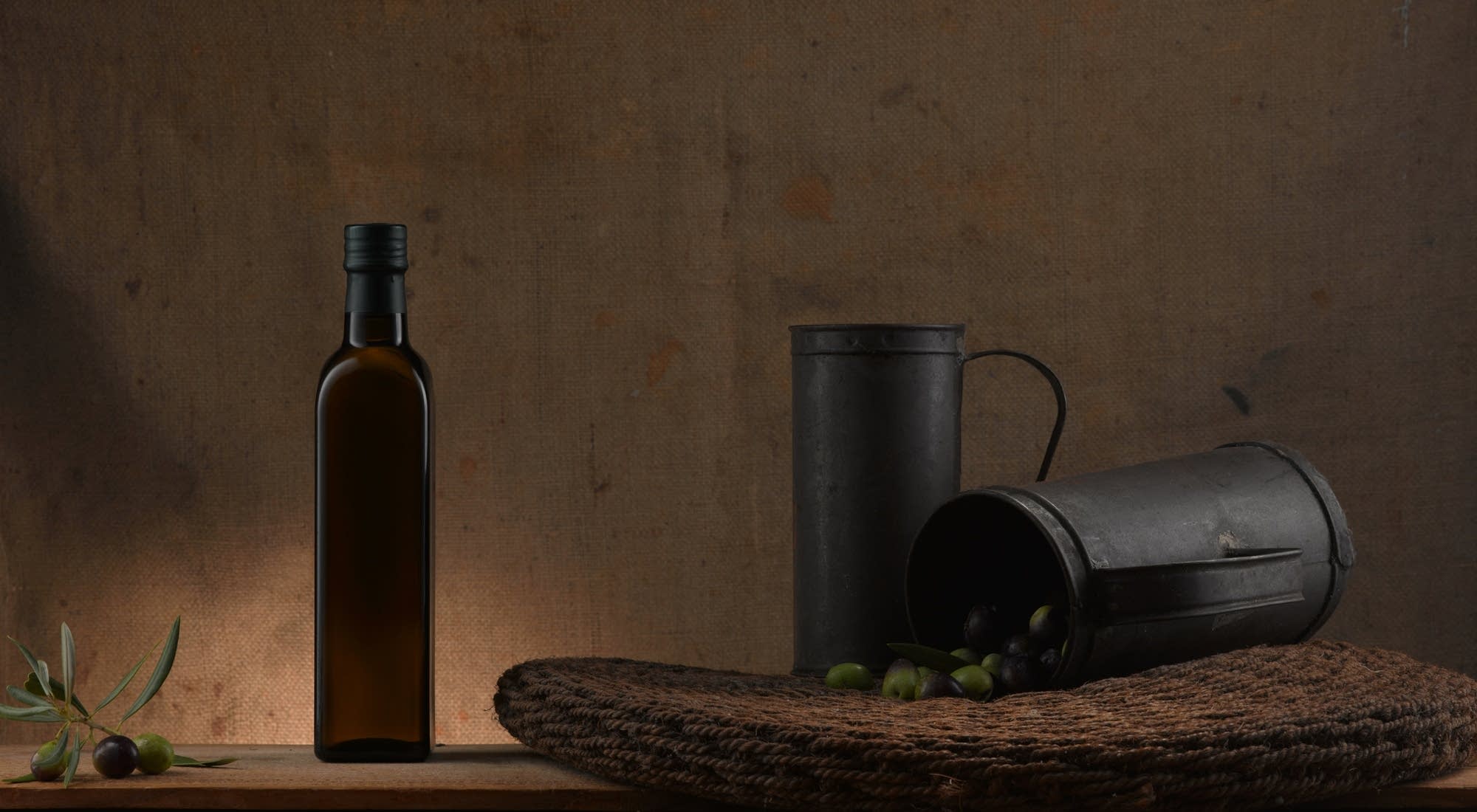 When we buy extra virgin olive oil, we buy romance: artisans working old olive mills, pressing fresh-picked fruit, that first flow of bright green oil ... and that will be $70 a bottle.

Olive oil is a global business. There's lots of money to be made, and there are also many questions left unanswered. Journalist Tom Mueller has written about them in his book Extra Virginity: The Sublime and Scandalous World of Olive Oil.

Tom Mueller: Virgin oil means that it's been produced with mechanical means -- with physical crushing, and either spinning out the oil or pressing it. You can't use chemistry and you can't use high heat to produce virgin oil.

Now, extra virgin simply means the highest quality grade of virgin oils. There is also virgin virgin and lampante virgin, which is from the Italian word for lamps. This lamp oil cannot be sold as food.

The bar for extra virgin olive oil qualities is fairly low. Apart from some chemical tests, the law essentially says that it has to remind you in odor or in taste of fresh olives, and it can't have any defects. The typical defects defined by the law are rancidity; fustiness, which is a fermented taste; and earthy, which is dirty olives. Each is connected to a flaw in the oil-making process.

The law doesn't say that it has to have any positive attributes apart from reminding you of olive fruit, so it's a fairly low bar. Nonetheless, a lot of oils don't clear it.

LRK: Where does the corruption come in?

TM: Like anything that has an inherently high value, true extra virgin olive oil is expensive to produce. You have to get good fresh fruit. You have to press it quickly and store it properly. The harvest costs are very high, because you're rushing the fruit from the trees to the mill. Ultimately, it may cost you $4 to $8 a liter just to produce, before you even put it in a bottle.

Now, other vegetable oils or low-grade olive oils that have been deodorized can quite easily be mixed with that. It's a low-temperature refining process that removes the bad smells ... and also the nutritional benefits and the taste. But this mix can be sold as extra virgin.

Unfortunately, the level of oversight in the olive oil industry -- especially in America, but also elsewhere -- is quite low. For that reason, it's pretty easy to get away with fraud.

LRK: The idea that this happens mainly in Italy is really not true?

TM: Completely false. In fact, the laxity of the FDA is part of the reason why it's significantly more prevalent in America than it is in Italy. America is a particularly bad market, especially since it's growing so fast. Ten percent per year consumption growth and 300 million consumers is a very tempting place to sell your oils.

LRK: OK, now it's time to name names. In the supermarket, what should we buy? What are the brands we should look for?

TM: The two that I know I can recommend that are widely distributed in America: Corto Olive and California Olive Ranch. I've seen Corto Olive at Costco at 2 liters for $15.

TM: It's remarkable inexpensive. Great oil does not have to be horribly expensive. There are efficient companies that produce very good oil with machinery that is used for wine harvesting but also for olive oil making.

LRK: What about, for instance, Whole Foods' 365 brand of olive oil?

TM: I've been very disappointed in 365, to tell you the truth. I've found the traditional defects of a substandard oil, and yet it's marked as extra virgin.

Now, it's important to remember that how an oil was produced doesn't necessarily guarantee that the oil you buy and take home is going to be excellent. It's passed through a lot of hands in the process. A given store manager could mishandle the oil: put it in the sun or keep it past its best buy date. There is no guarantee that what I was getting when I got 365 brand was representative of the Whole Foods store brand, but I've tried it in different places and I've been regularly disappointed in the quality.

LRK: There are two other supermarket brands that are very popular: Carapelli and Colavita. What's your take on those?

TM: These are traditional supermarket oils that are typically made from oils from around the Mediterranean. Colavita does say it's 100 percent Italian, and that may well be true, but ultimately they are so high volume that it's difficult to achieve premium quality oil with the kind of turnover they have.

Carapelli is a Florentine name and a Florentine tradition, but the oil you get is pretty low-grade Spanish oil. Carapelli is owned by a Spanish company, and you can tell from the scent of the oil that it's made from picual olives in Andalusia.

LRK: If we could only have one oil and we were going to splurge, what would it be?

TM: I would buy Castillo de Canena, which is a Spanish oil. As a matter of fact, it's exactly the same type of olive that Carapelli uses (picual), but it's made properly. It's a brother-and-sister team in the heart of Andalusia who make an absolutely magnificent poetic oil. It's widely available in fine stores, and it should be more widely available. If there is any justice in the world, it will be.

The big companies know how to make great oil, too, but until now, they've said, "Well, we're about volume." But volume is not making them money anymore. I think there may well be a generalized shift toward cleaning up their acts in the future.