Chef Sarah Kirnon leads the kitchen of the popular Caribbean restaurant Miss Ollie's in Oakland. She is from London and her family is from Barbados. But lately, she’s felt more and more at home in her travels to Haiti, a place she says is seriously misunderstood in the U.S. because most American media only discusses the nation as a disaster site, or for its poverty, or as some fantasy horror movie come to life. To the contrary, Sarah says Haiti is a place where she found a deep family connection to food and spirituality. She talks with contributor Ali Bouzarri about what’s inspired her there, as a chef and a person.

Ali Bouzarri: You seem to move fluidly around different Caribbean influences, and it seems like you are very comfortable borrowing and sharing food that stems from ideas all around the Caribbean. I am curious, is there something about the Caribbean as a geographic location –where there’s all this trade and there’s all this intermingling – that makes people a little less stodgy about what region and who claims ownership to what technique or what kind of dish?

Sarah Kirnon: I like what you just said – the stodgy. Because if you look at the Caribbean, it’s not many places. We really come from one place, which the motherland Africa. When you break that up, and the diaspora, things will change and things will look different. You can say you’re from Barbados or your mother is from Antigua or your father is from this other place. We still stem from one particular place; we’ve been taken from that place and we’ve been spread throughout the world and we use whatever we have at hand.

AB: Like you mentioned, you have this familiarity and kinship with people all over the Caribbean. Even though you are from Barbados you spent a lot of time in Haiti over the past couple of years. One of the things that you took away from those visits was becoming more familiar with Haitian voodoo. On some of these visits you had become sort of step-wise initiated as – there’s probably no good word for it, but ‘practitioner’ or ‘minister’ or ‘priest’ of voodoo. Basically, you’ve been brought into this community and this religion. Can you talk about just how that came about?

SK: It was a New Year’s resolution.

SK: Yeah. Two years ago I was with my partner and some friends and we were looking into 2018, and I said, “I’m going to Haiti.” I didn’t realize what that meant, and I didn’t know immediately what was going to happen, but I knew I had to make that journey, and I did. And as soon as I announced that and put that out into the world everything fell into place. A friend of mine who I had not seen in a couple of years and who was from Haiti walked back into my life. He said he was going to Haiti at the same time that I was, and I went with him, ended up meeting his family, and everything unfolded from there.

It’s not that I don’t want to share my experience. The experience was something that was so profound and so touching in my life that it’s something that I hold very dear to me. But what I’m willing to share is we all have this. We can all go back to where we’re from. We can all search for who we are and where we come from. And, I found that on that journey.

Making a resolution of going to Haiti for a vacation for two weeks turned into me finding out my ancestral rites, who I am as a person in terms of a chef, who I am spiritually, who my forefathers were, where they came from, and what my purpose is in life. And that keeps changing every day from this trip I took to Haiti.

AB: That’s amazing. That’s a New Year’s resolution as we all wish they would be. This is the year your life changes! And, it actually happened. It sounded like so much of your experience was both spiritual- and culinary-adjacent. How does that relate to your career as a chef when you’re interfacing with food within the context of voodoo as a religion?

SK: It’s not even voodoo; it’s about spirituality. I’m in this place right now that I’m following a path that was ancestrally handed to me. It’s not just about having a restaurant and feeding people; it’s about shifting what is right for the people of my tribe and where I come from. I’m learning about myself and I’m learning about what food means in that, how food heals, and how we can shift the world around that. Sometimes when I hear myself say that I’m like, “That just sounds really Californian.” [both laugh] But it’s in the context of, if you really sit with yourself and know who you are and know what you want, all of these things will play out. And that’s what the trip to Haiti is doing and did and is continuing to do for me.

AB: It gets you past ideas that, “Oh, is this medium rare? Is this over or under?” and back down to some of the other side of why we eat and why we feed people.

AB: You did mention some really interesting techniques of people, especially in Haiti but I think probably in the Caribbean in general, where there’s just not a lot of land to have livestock. Nose-to-tail cooking is not even a phrase because there that’s just cooking.

AB: You mentioned something with cow skin, the hide of beef. That was a technique I’ve never heard about before. Can you tell me a little bit about that?

SK: Yeah. When I was in Île de la Tortue, which is the island off the coast of western Haiti that I went to, there was a sacrifice of a bull, and every part of that bull was consumed. I’d never seen this before, where they took the hide – because I was like, I hope that hide’s going to make a beautiful floor piece or I’m going to dry it out and take it back home. No, it was dried out and then it was rolled, and then it was cut really fine, and it was added to soup and made into a stew.

SK: Yeah. They burned it to burn the hair off of it, and it was rolled, cut, and then it was put into a stew. They have just eaten this entire beast in a way that I’ve never seen that. It was a marvelous moment to see people taking this animal and making everything into a meal. And everybody, when they ate that, honored it before they ate it.

AB: You’re nourishing and being nourished, and that’s where that’s coming from.

AB: I think the pop culture sensationalism around Haitian voodoo and that culture. There’s so much to unpack and we’re just going to be scratching around in the topsoil if we try to dig too far into that. But, one thing that I find interesting is so much of it centers around animals and whether you’re capturing the beautiful purely spiritual side of feeding people and what a whole animal can bring to that. There seems to be this common theme of it’s all about animals and cows and roosters and goats. But it sounds like there’s also so much to do with plants, with herbs and vegetables and fruits and foraging and making teas and all that sort of stuff. Can you talk a little bit about the relationship to plants within this community and this experience?

SK: In la Tortue they claim to have over 300 different types of mangos. We went hiking one day and they were able to show me the markings on the base of the tree of what made that mango different from the next mango. Cassava, which you guys call yucca, like breadfruit and everything was literally – if we wanted it – it was picked immediately and brought to the table.

When people think of Haiti they think of starvation, poverty, the poorest country in this part of the hemisphere. But I went to a place and I had never seen such plenty-ness or bountifulness. And the way that they honor the food: everybody sat down in the morning and had breakfast, everybody had lunch together, food was blessed before it was eaten. This is a small island off the coast of Haiti. We went swimming and there are clams at the bottom of the water, there’s octopus. Everything is coming to you immediately.

For me, that was like wealth in itself. Living in a small four-by-four room, sleeping on a mango leaf mat as a bed, all of that balanced out with the amount of love that was in food and sour orange tea in the morning. Everything had a purpose. Do you know what I mean? Sour oranges are consumed after spiritual ceremonies. It cleans the system out. You consume all this rum when you’re doing all of this initiation work, and then the next morning you have sour orange tea because it cleanses and moves everything from your body. Everything has a purpose. Does that make sense? Everything is brought to you and consumed for a reason.

AB: Not only does it make sense, but when we talk about travel to a new food culture or a new culture in general it’s always talking about what all these people do differently wherever you are. And it’s so interesting how this notion of foraging and is so fetishized right now in our world – in the chef community – it’s so universal that it’s not really even a thing. There is just living in a place, knowing all the names of the plants, and picking them.

AB: I like that. That’s wonderful. Sarah Kirnon, thanks for chatting with me.

SK: Thanks for having me. 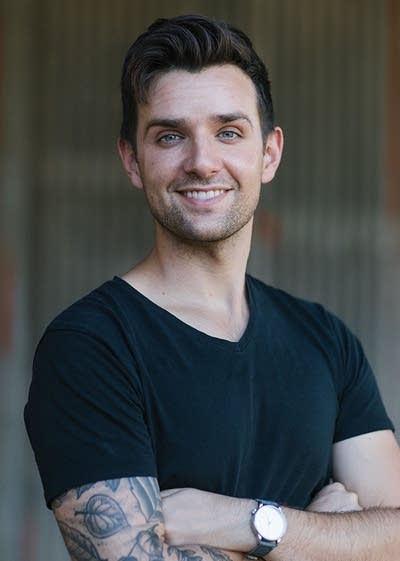 Ali Bouzari is a culinary scientist, author, educator, and co-founder of Pilot R&D, a culinary research and development company, and Render, a new food company that collaborates with the best restaurant chefs in the country to reinvent the way food lovers eat. His book, Ingredient: Unveiling the Essential Elements of Food, won the 2017 IACP award for Best Reference Book. Ali also writes a monthly column, Housemade, for the San Francisco Chronicle.