Try this at home: nitro cold-brew coffee, cooking with koji 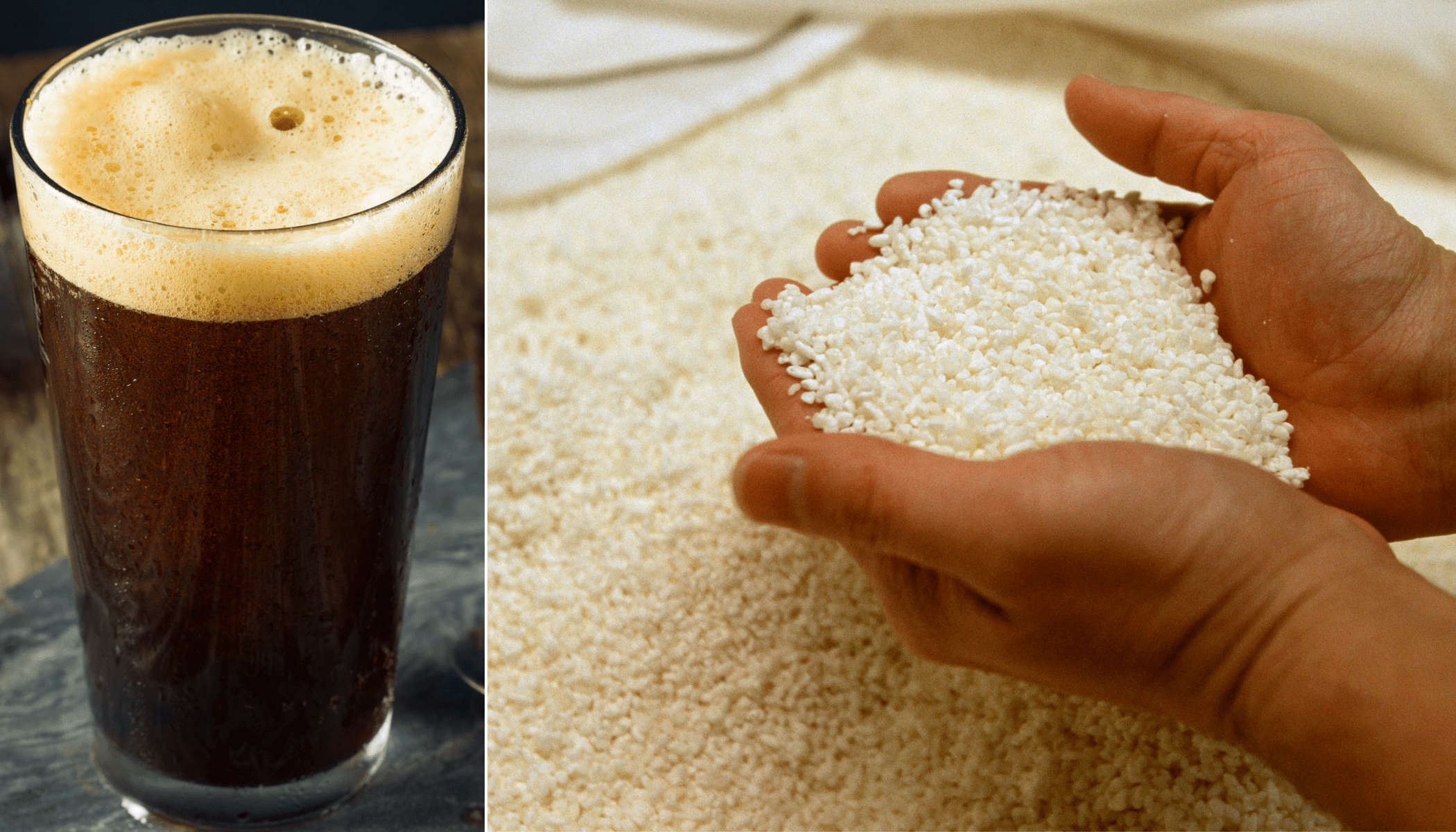 Our friends at America's Test Kitchen are always looking for new ways to introduce fun and innovative techniques into our home kitchens. Dan Souza, Editor in Chief of Cook’s Illustrated, often leads their charge into culinary curiosity. Here, he talks with our Managing Producer Sally Sally about making nitro cold-brew coffee, and cooking with koji. Dan shared recipes for Nitro Cold-Brew Coffee, Shio Koji, and Koji Fried Chicken for your home cooking experimentation.

Sally Swift: I’d like to talk to you today about some chef-y techniques and things that we can actually do in our own homes. Have you guys been working on anything?

Dan Souza: Yeah, absolutely. The chef-y term is interesting because a lot of times it means it's not approachable or it’s something you leave to the pros at the restaurants. That's true for some things, but at Cook's Illustrated we love digging into the stuff that is actually not that simple, it’s a cool concept and you might need a little bit of equipment, but it's pretty easy to pull off at home.

There are two things that I would love to get into today which is. First, making nitro cold-brew coffee with a cream whipper – nitrogen-infused coffee – which sounds crazy but it's delicious. And the other is using koji, which is an ancient mold, to make really good fried chicken.

SS: That sounds excellent. Let's start with the coffee. Would you start even further back and tell us how you make cold-brew coffee.

DS: Totally. Cold-brew coffee is not really new anymore. You see it everywhere and it is, as the name suggests, brewed at a colder temperature than traditional hot-brewed coffee. Sometimes it's done in the fridge, sometimes it's done on the counter. What you're essentially doing is mixing ground coffee with water and letting it sit for a long period of time. Obviously, we can brew coffee in two minutes using water that’s just off the boil. At room temperature we're looking at about 24-hour brew time.

You might ask, “Why would you ever want to wait that long for a cup of coffee?” The reason is you get a very different product using cold water or room temperature water. What you're really doing is extracting a lot slower, for one, but you're also extracting less of some things. Bitterness for instance, the bitterness in coffee; you extract a ton more of that at higher temperatures. So, cold brew coffee is usually less bitter. It's often less acidic as well. When you drop those two elements, you pick up on a lot of the other flavors of coffee. People often describe cold brew as being more chocolatey, more nutty, more floral. These background notes really come to the fore when you don't have those other components.

SS: It’s delicious and super simple to do. It’s all about proportion, which I know you guys have dug into with great detail.

DS: That's right, and you'll find recipes that vary considerably. What we found is a one-to-one ratio, in terms of volume, and we like a medium grind on the coffee, so that you get good extraction, but it doesn't trap too much water. If you use a really fine grind, it will trap so much that it's hard to get it out after the fact. We really like using a French press for it. Mix your coffee and your water in the French press, cover it with plastic wrap, let it sit on the counter for 24 hours, and then take off the plastic, press it as you would normal French press – we like to put it through a coffee filter; it gets rid of a little bit of that grit and makes it really nice. And then if there's still a fair amount of coffee trapped in the grinds you can put it in cheese cloth and give it a good press to squeeze to get the rest out. That makes a really nice concentrate that we generally dilute one-to-one, but if you like intense coffee you could just drink it straight.

DS: There are a couple of different ways that you can use nitrous oxide to make really interesting coffee products.  The first is, you can use it to speed up the cold brew process significantly. Instead of 24 hours you get the job done in about an hour. Once you have cold brew, no matter how you've made it, you can take that same setup and add a really delicious, creamy texture and that gorgeous Guinness-like head to your coffee by using nitrous oxide.

For both of those what you need is what we call a cream whipper. And this is a metal canister that you can screw the cap on really tight and pressurize it with cartridges of either carbon dioxide or nitrous oxide. And then there's a nozzle that you can dispense out of. And so, using that setup you can make really fast cold brew and you can also make that really creamy coffee that you get at some coffee shops that have on tap. You take brewed coffee, put it in the canister and then charge it with nitrous oxide. What you've done is, in the same way that we try to infuse carbon dioxide into your beer or into soda to make it bubbly, you can do the same thing with nitrogen. But when it's dissolved in the liquid, instead of being bubbly and sharp the way carbon dioxide is, it makes it creamy, adds a little bit of sweetness, and you get that beautiful creamy head on the top.

SS: Why is it sweet?

DS: That's just what happens when you dissolve nitrous oxide into liquid. It ends up tasting a little bit sweet.

SS: Wow! I had no idea! Let’s talk about the second technique that you have. Koji?

DS: Koji. Yeah. It sounds like crazy science but it's really cool. Koji is this ancient mold; without it we wouldn't have sake, miso, soy sauce, all these fundamental foods particularly from East Asia. It's this really funky mold that grows on rice and you can put it to great use. Traditionally we know what it's used for, to break down soy beans in something like soy sauce. It breaks down the protein and starch in soy beans and you get something that is meaty, rich and incredibly flavorful. You ever had edamame at a restaurant, they're bland, they don't have a ton of flavor to them. Koji is what transforms that into the powerhouse ingredient that is soy sauce. Super rich in umami.

You can actually put koji to use in your kitchen in some cool ways that I find accessible and use all the time at home. One of them is to make a potent marinade out of koji called shio koji. You purchase a dried rice product that has the koji spores on it. The rice has been inoculated and then dried; it's just kind of dried rice in a block. Take some of that and mix it with water and salt and heat it up to about 140 degrees. Then let that ferment on your counter the same way you would pickles or something like that for about a week and then it is ready to rock.

What's really cool about shio koji is it contains two different kinds of enzymes. One of them breaks down proteins and the other breaks down starches. And the protein one is really cool because it takes proteins, breaks them down into amino acids that are savory. The basic process for using this is taking a little bit of it and mixing it with the protein of your choice. It's awesome with fish, it's awesome with chicken. Mix it with that, let it marinate for about an hour – you can go overnight if you want – and it goes to work on the proteins, breaking them down into much more flavorful compounds. I can think of two awesome uses for it. One is turkey, which is one of those things that we cook that needs as much help as it can usually get in the flavor department.

SS: You are right!

DS: Koji turkey is incredible. We mix some of that shio koji into a brine and we brine the turkey as we normally would, then we roast it up. And it’s incredible. The flavor is so meaty and deep. It's the kind of thing that people are describing it and you don't think they're talking about turkey. Fried chicken is also another awesome one. You marinate the chicken in some koji before you coat it, and it gives the chicken this almost snack-food meaty and sweet quality. It's really cool.

SS: That sounds amazing. How long does it keep once you've made it?

DS: That's the great part. It’s a week to ferment it but then it's good for at least six months in your fridge. I've kept stuff longer than that and it’s stable once it's in there.

SS: Could you use that like you would a soy sauce? Would you use it as a seasoning or is this something that needs to interact with the enzymes of the meat or the protein?

DS:  You could. It doesn't have the same intensity or flavor of a soy sauce, but people will sometimes use it as a seasoning in and of itself. You know, it still has the rice in there so you could strain that off and use some of the liquid. It's got a nice complexity to it on its own, but it really becomes magical once it comes in contact with some protein.

SS: Oh, sounds great. And where do you find koji?

DS: You can actually buy it online. Our favorite is Cold Mountain Koji. If you don't want to go through that fermentation process, you can also buy shio koji already made, if that's how you want to get into it. But it's fun. Once you start playing around with it you find lots of uses for it and it’s a little secret ingredient in the kitchen.