Preserving the Taste of Summer 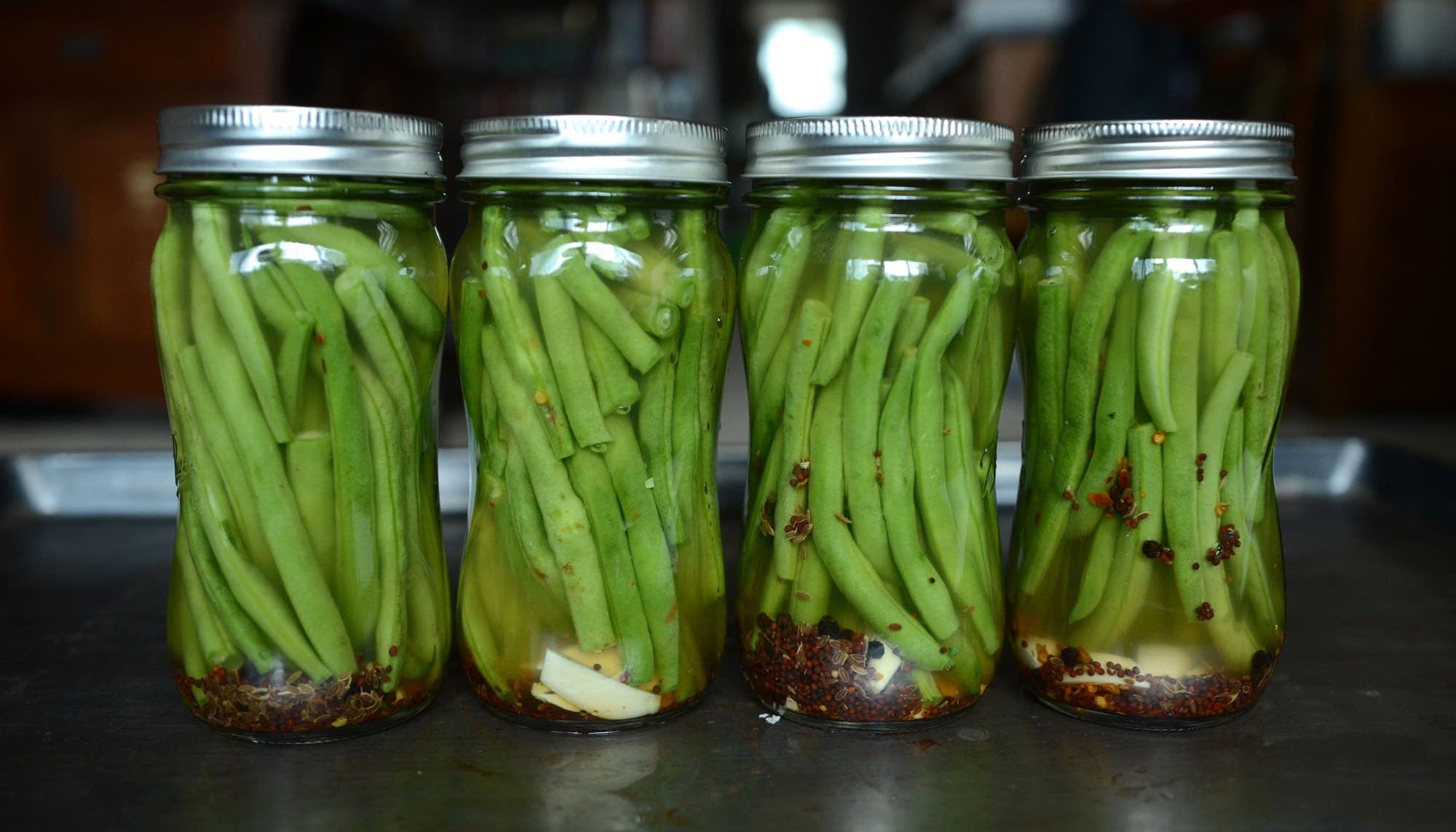 Flex your cold pack preserving skills with a batch of Spicy Pickled Green Beans. They’re good alongside a sandwich and even better pressed into stirring service in a Bloody Mary.

I make a lot of these during the summer months when beans are abundant, both because I love them and because they make a really good thing to give to pickle loving friends and family. They also retain their crunch beautifully, which is not something I can say for most processed cucumber pickles.

Pickled green beans are also something of an affordably luxury to my mind. When you make them yourself they’re quite cheap, but they can be outrageously expensive at farmers markets and small grocery stores (you don’t often see them in larger supermarkets). I love when a little time and effort can yield something that feels special.

I typically make them assembly line style, doling out spices and garlic cloves (the more you slice, the more garlic flavor you get) to the jars and then going down the line with beans. Holding the jar at an angle as you pack makes quick work of the initial fill and a wooden chopstick helps ease the way for the last few beans. It’s also an excellent tool for wiggling out air bubbles that get trapped deep in the jar.

Once the jars have spices and green beans, it’s time to fill them up with brine. Apple cider is my vinegar of choice for most things, though some prefer white or red wine vinegar in its place. Any vinegar is fine as long as it has 5% acidity. The spices can also be adjusted to suit. For this batch, I called on brown mustard seeds, dill seed, black peppercorns, red chili flakes for heat, and slivered garlic. Sometimes I make them with cayenne, which tints the brine a pleasing red and makes for bracing eating.

These pickles need just a quick trip through the canner (10 minutes for pints and 15 minutes for anything larger). They often lose a little brine during their bath, but it’s not typically enough to cause distress.

Oh, and just a note on the jars. I used the new pint-sized spiral jars that Ball Canning released this year. I thought they would be awesome for pickles because they’re slightly taller than your average pint. However, I found that their narrow middle was absolutely incensing when it came to thoroughly packing the jars. If you have some of these, use them for your jams, sauces and chutneys and save yourself the annoyance.

Wash and trim your beans so that they fit in your jar and leave about half an inch of headspace.

Combine vinegar, water, and salt in a medium saucepan and bring to a boil.

Pack the beans into the jars over the spices.

Gently tap the jars on the counter to loosen any trapped air bubbles. For stubborn air pockets, use a chopstick to wiggle them free.

Wipe rims, apply lids and rings, and process in a boiling water bath canner for 10 minutes.

When the time is up, remove the jars and set them on a folded kitchen towel to cool. When the jars have cooled enough that you can comfortably handle them, check the seals.

Sealed jars can be stored at room temperature for up to a year. Any unsealed jars should be refrigerated and used promptly.