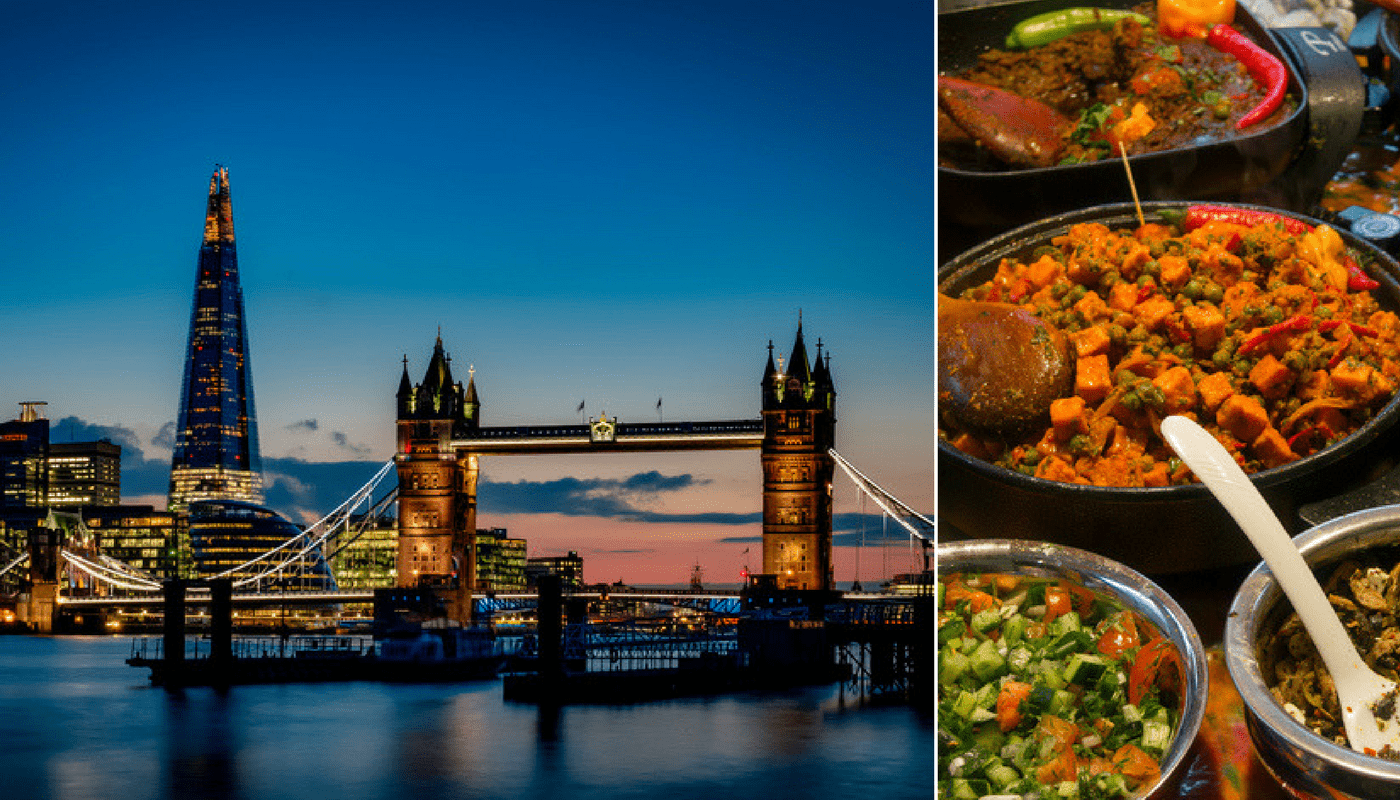 In 2001, the British Foreign Secretary declared that chicken tikka masala was a national dish of Great Britain. The unkind joke many made upon hearing the announcement is that if the British had anything good to eat at home, maybe they wouldn’t have gone all the way to India. But things, and culinary reputations, have changed. London is now arguably one of the best cities in the world for eating, not just for its cultural diversity, but also for the city’s renowned chefs. Aleksandra Crapanzano has eaten through all of it, and she talked with the New York Times columnist Melissa Clark about the four London chefs she thinks changed everything. Crapanzano also gave us her recipe for Roasted Corn and Chorizo Chowder from The London Cookbook.

Melissa Clark: Why, even now, does British food still have such a bad reputation?

Aleksandra Crapanzano: It shouldn't anymore, but it still does. It has to do with the fact that for 1,000 years the reputation was that you ate aged mutton and boiled vegetables – vegetables boiled down to a kind of gray, pulpy mass that was just revolting. Because it was so graphic, the reputation stuck. However, desserts and baked goods were always amazing. Scones, clotted cream, steamed puddings, and Bakewell tarts – that was where British food, for so long, was at its most delicious. But when you went to the cities and went to restaurants, the food was terribly bland and very stuffy. It was either on the stuffy, formal level or the very casual, curry house, quick meal level.

MC: You either went to The Savoy or you went to a curry house.

AC: Exactly. There was very little in-between. That paralleled what we saw in society with the surprisingly late creation of a middle-class London, which has always been a terrifically expensive city. Those were the two options for people. If you had money, maybe you had a cook at home, and then once in a while, for a special occasion, you did go to a very formal hotel meal.

MC: When did all this begin to change?

AC: I feel it began to change in the 1980s with a couple of very important key players. Terence Conran – who many of us think of for his work in design – opened Bibendum in 1987. It’s a restaurant in Chelsea that was famously known for a beautiful stain glass window of the Michelin man, the Michelin tire man, which had been at the factory originally. Conran loved the very simple food of Elizabeth David: French provincial food, Italian food. He wanted to take the simplicity of that food and bring it to London and also to break down the kind of heavy decorations that were so common in fancy British restaurants. He pared things down enormously so that they were the rooms filled with natural light, the plates were white, and food was simply prepared and simply plated. It wasn't fussy, and therefore, people were able to have a lot of fun.

MC: Elizabeth David was one of the most important food writers in England, right?

AC: Elizabeth David was an enormously important food writer, and she published Mediterranean Cooking in 1950. [Ed. Note: the full name of this book is A Book of Mediterranean Food.]

MC: In addition to Conran, who are the other two big influencers? You mention there were three.

AC: One of them is actually two, which is Ruthie Rogers and Rose Gray. Rose Gray unfortunately died a couple years ago. But they started – also in the late 1980s – a restaurant called The River Café, which is still absolutely thriving and delicious. The River Café is an Italian restaurant on the Thames River, and it is quite different from other restaurants in London. It was groundbreaking then because again, it is very beautifully, simply prepared ingredients that happen to be incredibly fresh. The space itself, which was designed by Ruth Roger's husband Richard Rogers, who was the designer of the Pompidou Center in Paris and Lloyd's of London, is an architectural masterpiece.

The other person is Fergus Henderson, who pioneered what we call “nose-to-tail” cooking. He started as an architect and he opened St. JOHN food and wine as a chef that believed in eating all of the animal. He believed it was only polite if you were going to kill an animal, to eat all of it. While he does serve lots of strange ingredients, he also serves beautiful hearty British food. It’s prepared in a way that is, I wouldn't say moderate, but so perfectly crafted. It's as though he has taken the best of a French technique and combined that with a British tradition.

MC: These three are at the roots of what you call “the London culinary tree.” Can you talk about that?

AC: When I started researching I quickly noticed that many of the good young chefs had trained at either St. JOHN food and wine with Fergus Henderson, The River Café with Ruthie Rogers, or with Simon Hopkinson of Bibendum, which was Terence Conran’s restaurant. I was seeing these incredible links between people. I was seeing a brotherhood and a sisterhood among chefs, which is very rare. There was an immense solidarity and appreciation for each other, as well as a shared belief in seasonal ingredients, sustainability, craft – all of these things. What I discovered was that Fergus Henderson and Ruthie Rogers are both not only great chefs, but they're also, at heart, teachers. They had shepherded an entire generation of good cooks and mentored them. So many of the really good chefs cooking today in London had trained at one of those two restaurants, if not both.

MC: If you are going to send someone to one restaurant – they just have one night in London – where would you send them? I know this is hard.

AC: That is really hard. I would say The River Café is the place that everybody should go once. But I also would say that about St. JOHN. And, oh goodness, and NOPI. And there's a wonderful Moorish restaurant owned by Sam and Sam – they’re both named Sam, the husband and wife – Clark, which I also think is fantastic. I can't break it down to one.

Aleksandra Crapanzano is author of The London Cookbook. Melissa Clark is a columnist for the New York Times and author of the new cookbook Dinner: Changing the Game.

Melissa Clark is a food writer, author, and host of our new podcast Weeknight Kitchen with Melissa Clark. She is a food columnist for The New York Times, and has written more than 30 cookbooks including Dinner in an Instant, Cook This Now, and In the Kitchen with a Good Appetite.
Cucumber Tahini Gazpacho with Crispy Spiced Chickpeas
Summer Squash Escabéche with Mushrooms, Arugula, and Steak
Salmon Cakes with Chimichurri
Sticky Korean Beef