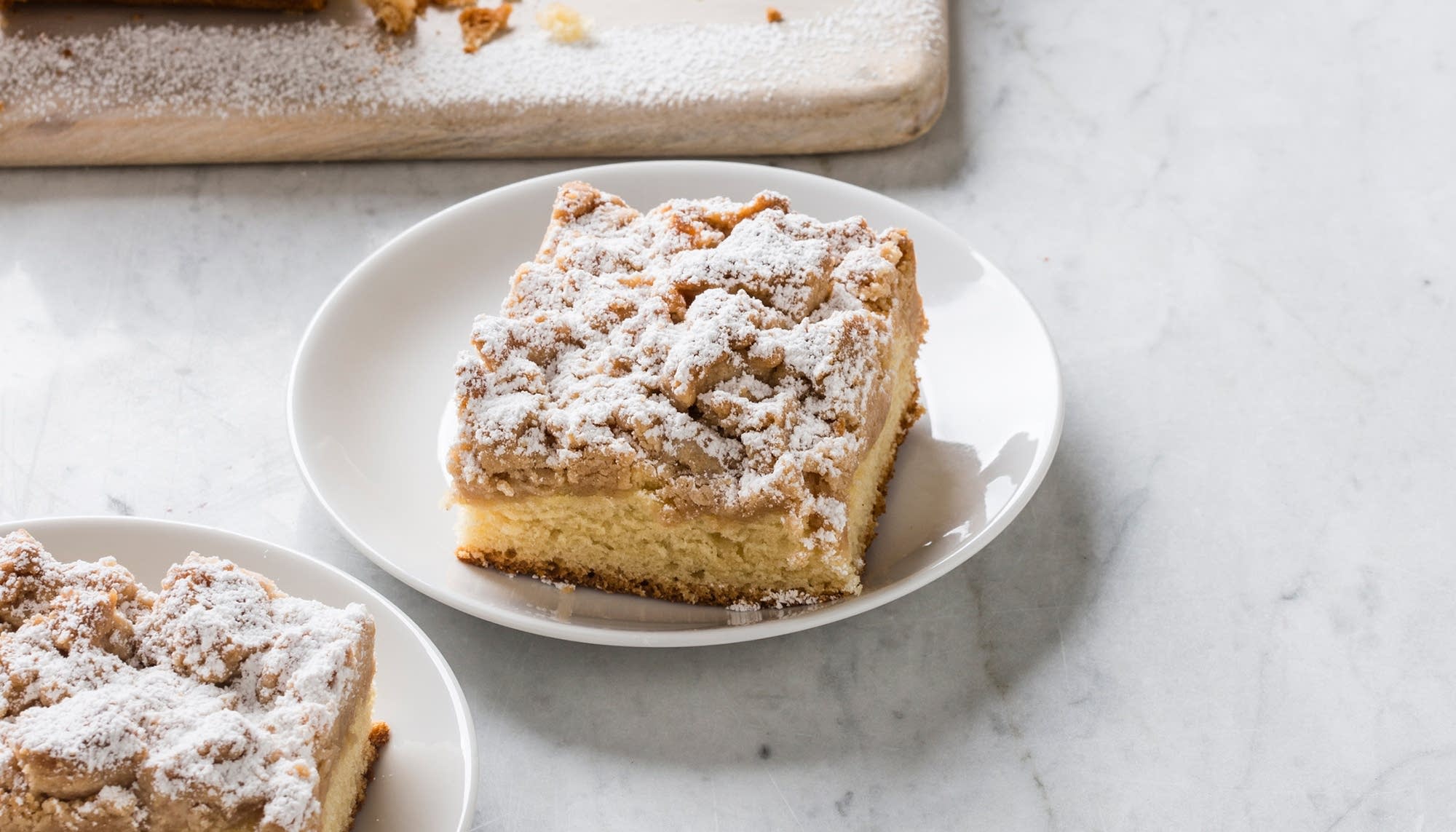 Since 1948, B&W Bakery in Hackensack, New Jersey has been at the center of the crumb bun universe. At the bakery, staffers use industrial-size baking sheets to bake the cakes before sprinkling them with a thick layer of streusel (they go through 2,000 pounds of crumbs a week!) and cutting them into slabs or squares, depending on your order. Fans from across northern New Jersey make it a weekly stop. But if you can’t make it to The Garden State, we’ve got you covered. Tucker Shaw, from Cook’s Country, tells us the secret to perfecting this New Jersey favorite at home.

Sally Swift:  You recently did a story about crumb buns that has set off a flurry of controversy. I'm a Midwesterner; I have no idea what the controversy could be. Can you tell me what a crumb bun is?

Tucker Shaw:  This is our favorite kind of controversy because it deals with dessert. A crumb bun is a New Jersey original. You’ve probably had experience with a crumb bun, you just don't know it. You came across something called a crumb cake; it's a sheet cake that has a streusel topping on top. Here's the thing:  when you cut it into squares, it becomes a bun. But if you are New Jersey, rather than a light and restrained crumble of streusel on top, they really go to town with the crumbs. We’re looking at a 1:1 ratio of crumbs to cake; that makes it better.

SS:  That's crazy. It's not like a coffee cake then, it's deep with crumbles?

TS:  Very similar to a coffee cake, and definitely not a frosted cake. It's a square of white cake that's made with a yeasted dough, which gives a nice yeasty flavor. Then on top is a mountain of crumbs. Normally – or oftentimes – you will see people eating a crumb cake, picking off the crumbs, and leaving the cake aside. This solves that problem by going totally crazy with the crumbs on the top.

SS:  You developed a recipe for it. Can you fill me in on what we need to do at home?

TS:  The key is, in order to get that many crumbs to sit comfortably on top of a piece of cake, you have to have a fairly sturdy base. What we did for the cake layer was to experiment with different types of flours. As you know, different flours have different protein content; the higher the protein content, the more structure your final baked good will have. We ended up using all-purpose flour, which has about a 10 to 12 percent protein content. That gave us a nice sturdy base, still tender enough to bite through easily, but with enough structure so that we could start piling the crumbs on top and they would stay in place.

TS:  The crumbs are the magic ingredient. It's a combination of sugar, flour, butter, and little bit of cinnamon, just like you would expect in a streusel. But rather than using all-purpose flour in the crumbs, we turned things on their head and used cake flour. It has a lower protein content so it produces a more tender product. This gives us crumb with plenty of crunch and a nice amount of texture. But they don't turn hard; it’s not something that is difficult to bite through. You get the best of both.