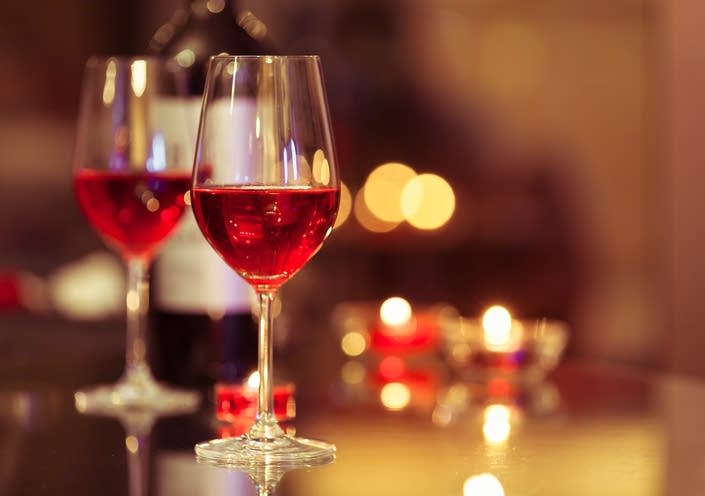 What wine pairs best with your Thanksgiving meal? Wine expert Jancis Robinson tells The Splendid Table contributor Russ Parsons that the key is to not worry that much about it. She also shares her favorite underpriced wines and what she drinks for pleasure.

Russ Parsons:The American Thanksgiving table is full of all of these paradoxical flavors: the sweet-tart cranberries, roasted turkey, vegetables, and stuffing. It can make wine pairing a real chore. This is one of those evergreen questions, but do you have any new insights to add to it?

Jancis Robinson: Only that I think too much is made of wine pairing. Even when you have a simple dish, which Thanksgiving food certainly isn't, I hate it when people are made to feel they must strive to find the absolutely perfect match. Because if you get a wine that's not absolutely perfect with your food, what's the worst that can happen? No thunderbolt from on high comes down to strike you dead. You can have a glass of water in between the mouthful of wine and the mouthful of food, or a little nibble on something neutral, like bread. It doesn't matter as much as some people suggest.

RP: That's a relief. This is also the start of the holiday gift-giving season, and with wine so popular, it seems like when you're stumped for something to get for someone, wine is the default answer. Let's run through a couple of possible scenarios. What would be the best bottles to get for someone who knows a lot about wine whom we'd like to impress, and conversely, what kinds of wines would you avoid in that case?

JR: In general, I would say for a wine buff, the gold currency is an absolutely top champagne because no one has an excess of Cristal or Dom Perignon. I don't know anyone for whom it wouldn't be a treat to have a bottle of one of the most luxurious champagnes. Funnily enough, a more routine gift for wine professionals, not just the Thanksgiving gift, is a bottle of tip-top olive oil. We come across so much wine in our everyday lives that this is something out of the ordinary.

RP: I love the idea of olive oil because it's something in common with wine, but you don't have cases of it stacked up at home waiting to taste. There's no obligation implied.

JR: If you can supply a little story with it, about the estate that it was grown on or something, then so much the better.

RP: Another perennial problem at this time of year is when you're asked to bring a bottle to a party. You want something nice because the host is going to see it, but this isn't the right situation to do something really special. What kind of wine would you bring for that?

JR: In that instance, something a little bit out of the ordinary that you know something about. There are certain wine regions and wine-producing countries that are making fabulous wine at the moment but aren't getting their full due in this country.

Chile is making some great wine, as is South Africa, yet both those countries seem to be tarnished with a slightly down-market U.S. image. I would go to my local wine retailer and say, "Can you recommend an interesting wine from the Southern Hemisphere and tell me a little bit of a story about it." They won't be desperately expensive but they'll be infinitely more exciting than anything you pull off the bottom shelf in a supermarket.

JR: I always say that there are such strong parallels between booksellers and wine retailers as far as knowledge about a product. If you want to learn more about wine without investing massive amounts of time in a wine course, establish a relationship with a local wine retailer. Tell them what you like as you would with a bookseller: "I like these books. What else can you recommend?" It's in the wine retailer's interest to recommend something like what you've liked, but maybe a little bit more interesting or a better value, and really cultivate that relationship.

RP: If you're giving a party you want to have a couple of cases of something quaffable because you know people are going to be drinking and not paying all that much attention, just sipping and swirling. What kinds of wines are you looking for?

JR: You're looking for wines which are perennially underpriced because I'm a strong believer in the fact that there is no direct correlation between wine quality and the price. There are overpriced wines and there are underpriced wines. At the moment, underpriced wines, which are really, really easy to drink, would include Muscadet, that rather old-fashioned French wine from the Atlantic coast. It's been overlooked for many, many years and is undergoing a bit of a quality revolution at the moment, but the prices haven't zoomed up and you can find quite mature wines at good prices. It's French, and it'll probably carry the name of a small domain on the label, so it looks smarter, perhaps, than its price.

The red wine equivalent of that could be Beaujolais. We all went mad about Beaujolais nouveau a decade or two ago and rather spoiled the reputation and image of it. But it's gotten over that nouveau thing, and it's now making better and better wine with real fruit, concentration, and integrity to it. Again, it's underpriced because it's been unfashionable, and it will probably carry a rather nice label that will look much smarter than it is.

RP: I've always wondered about this: As someone who tastes dozens of wines a day, in the course of your trade-

RP: What are you drinking for pleasure now?

I know mine is a minority taste, but riesling is fabulous because it communicates place, it lasts forever, much longer than a chardonnay or a sauvignon blanc, and it's brilliant with food. Whereas, a lot of these bigger, heavier, oakier wines are quite domineering. They don't get the saliva flowing, and they can be more difficult to flatter food.