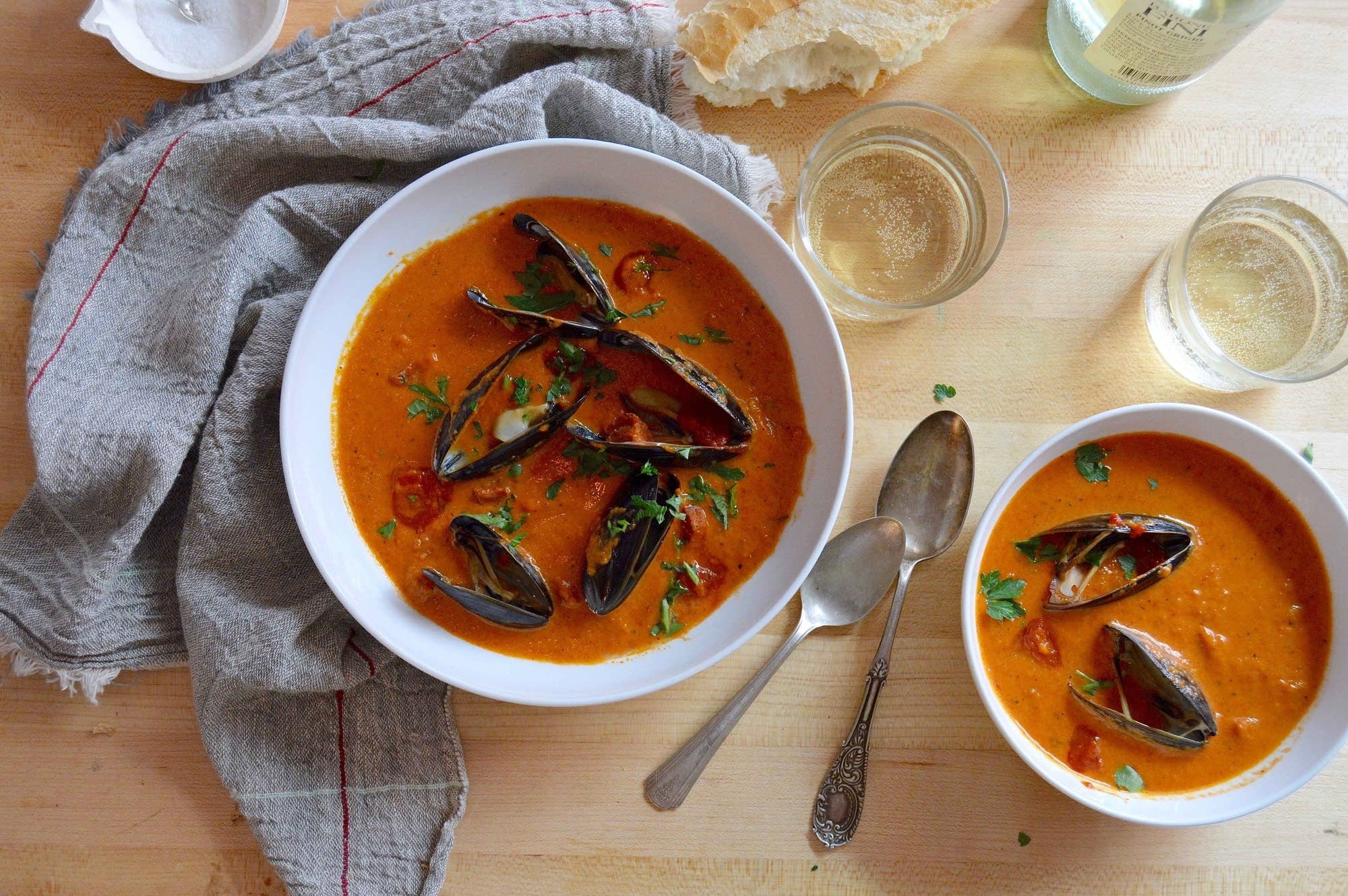 Mussel Stew with Tomatoes and Chorizo

This is a simple stew that delivers big flavor. Mussels are one of the best things to eat from the sea. Not only are they delicious, they are nutrient superstars, great for the environment, sustainably raised and wonderfully inexpensive.

In this recipe, a smoky tomato sauce with spicy, cured chorizo is used as the base for the stew. Feel free to make the tomato sauce ahead and hold it in the refrigerator until you are ready to steam the mussels.

Cook to cook: Look for mussels that are grown in high tidal areas where the water flows through in great quantities, like Maine or Canada’s Prince Edward Island.

1. Heat the oil in a medium Dutch oven or heavy saucepan over medium heat. Add the garlic and shallots and cook until just golden, about 2 minutes. Add the carrots and cook for another 2 minutes. Turn the heat down to medium-low and add the tomatoes and sugar (if using). Continue to cook at a gentle simmer, with a few bubbles just breaking the surface of the liquid. Stir occasionally to avoid sticking. Lower the heat if necessary, and cook until the tomato sauce has thickened, about 45 minutes. Remove from heat and let cool slightly.

2. Using an immersion blender, puree the sauce until almost smooth, then return to the heat. Add the chicken broth, 1/2 cup white wine and the saffron. Bring to a boil, then turn down to a gentle simmer. Add the chorizo and simmer on low for 30 minutes. Pull off the heat, add the cream and set aside. Season the broth with salt and pepper.

3. In a large (4-quart) pot, bring the remaining 1/2 cup white wine to a boil over high heat and add the mussels. Immediately cover the pot and reduce the heat to medium-high. Cook for 5-6 minutes, removing promptly from the heat after 6 minutes or when all the mussel shells have opened. Discard any fully closed mussels.

4. Pour the tomato sauce into the pot with the mussels and gently toss. Serve the stew in large, shallow bowls garnished with cilantro or parsley and pass big pieces of crusty bread.