How to cook with sea greens

by Joe Yonan
Listen: How to cook with sea greens
06:44 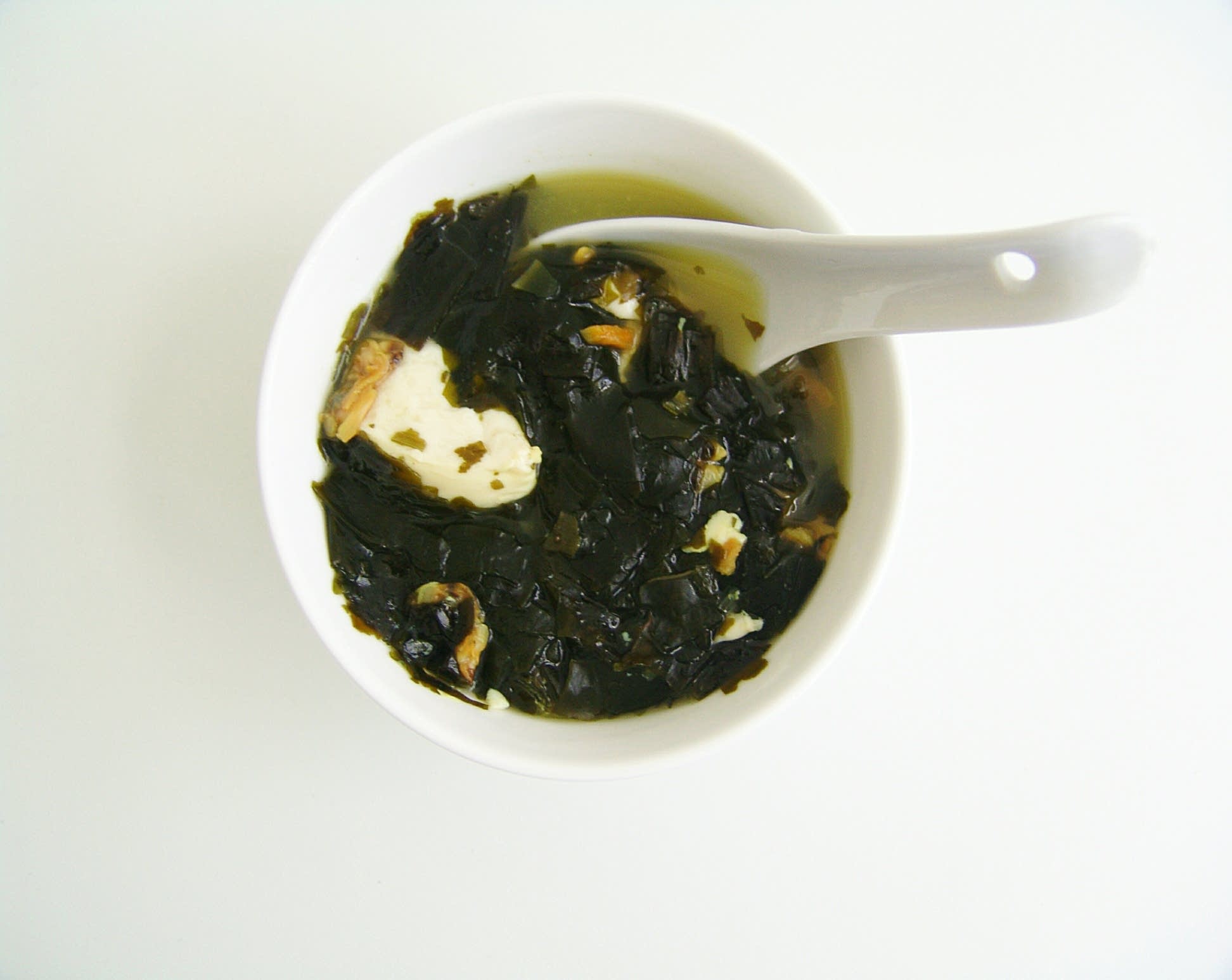 "Their flavors can be intense, but the beauty of them is really how they integrate into dishes, how they accentuate and highlight other flavors," says Barton Seaver, author of Superfood Seagreens.

[Related: Seaweed: It's not just for wrapping sushi]

Joe Yonan: One of the first things that I noticed about your book is that they're apparently not called seaweed anymore. Why is that?

Barton Seaver: People have such a taboo against seaweeds. We see them washed up on the shore. We haven't developed a positive cultural association with them.

The earth is 70 percent ocean; we aren't really exploring all that it has to offer. When it comes to sustainability, certainly there are so many issues that we're facing from a lack of fresh water, a lack of arable land, land use alterations affecting wildlife. All of these factors are really beginning to put a lot of pressure on agriculture. There's a real reason to push toward farming the seas.

When we're trying to rethink of seaweeds, ocean plants and ocean life as food, if we relate it to something people already understand -- sea greens -- then it automatically gives people an understanding of how to use them and even what they begin to taste like.

JY: Where should we start when we're trying to use more sea greens?

BS: Luckily enough, you can start right at your regular grocery store, often in the international food aisle. You can find bags of dried seaweed, most often two varieties: dried kelp, sugar kelp, and dried dulse, which is a red seaweed. They come in about 2-ounce packages.

To use them, you steep them in a little bit of tepid water to bloom them and to rehydrate them a little bit. The greens themselves are perfectly usable chopped up and thrown into a salad mixed with grapefruit, fennel, a little bit of spicy olive oil and some cherry vinegar. Their flavors can be intense, but the beauty of them is really how they integrate into dishes, how they accentuate and highlight other flavors.

Most of us are very familiar with sea greens in the form of miso soup, or a dashi broth, that accompanies every sushi meal that we've had. Try making a broth and maybe braising some chicken in that. Or, chopping up some dried sea greens and adding them to a minestrone soup just adds such a wonderful little texture and this depth of flavor. I think the key to this is not trying to hide the sea greens, but trying to gain familiarity with them through dishes that we're already comfortable with and that we already know that we love.

JY: I made this great dish out of your book, the saag paneer, that classic Indian dish of spinach with paneer cheese. You add sea greens in with the spinach. Why did you want to combine those? What other ways do you really recommend people think about cooking with seaweed?

BS: I thought about incorporating sea greens in the saag paneer because of the rich, deep-flavored spinach puree that becomes the sauce in which the cheese is bathed and braised. What a great way to incorporate this other deep, rich umami flavor and just accentuate it with the coriander, the cumin and all the spices of that dish. It was just a fun way to meld flavors. That's one of the ways that I really looked to use sea greens -- combining it with spinach and layering it into lasagna or creaming green beans with sea green stock -- something like that where you're really using it to accentuate flavors.

That really represents the two ways of thinking about it. One is as a garnish and an accentuating flavor, and the other as a main-stage ingredient. It works really well as both.

JY: You write that there are more and more frozen available. Is fresh even possible?

BS: Frozen is really where the market is going to go. Fresh sea greens, there are some difficulties with that as the product begins to break down fairly quickly after it comes out of the water. It needs to be blanched in order to stop that process. Plus, given the lack of broad market for it, a lot of stores are going to be hesitant to bring in a highly perishable product.

Frozen seaweed is, in terms of culinary qualities, pretty much exactly the same as fresh. You really don't lose anything in the freezing process. If you think about it, sea greens grow in terribly cold climates. I was harvesting sea greens and oysters up off the coast of Maine and the seaweed was frozen. It's meant to be frozen. The cellular structure stays intact, so you end up with this beautiful, textured, full-of-flavor, vibrant, frozen product that's as good of a quality as you can get.