by Lynne Rossetto Kasper
Listen: 5 tips from Bon Appetit for being a good guest on Thanksgiving
07:27 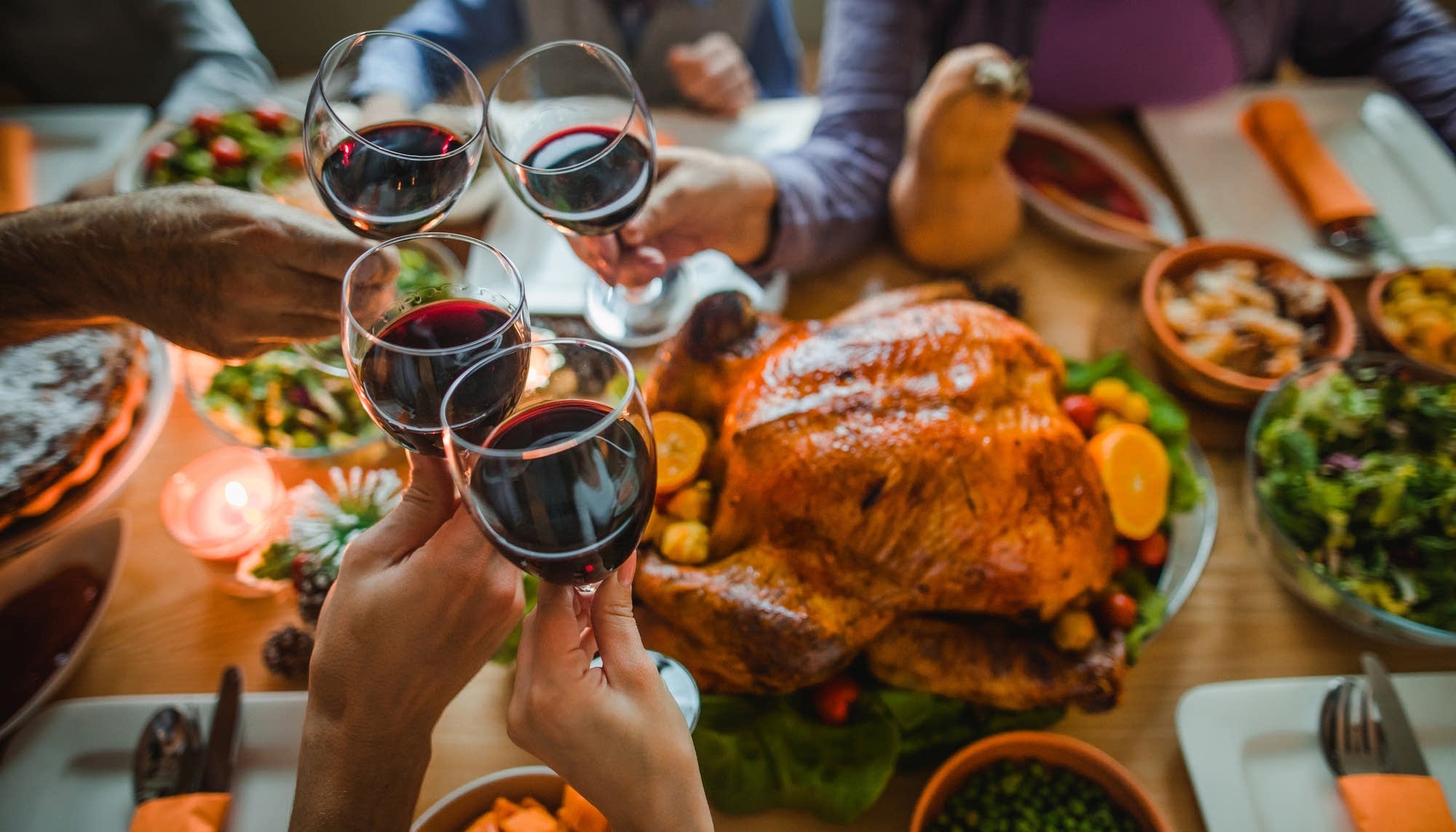 If you are headed to someone's house this Thanksgiving, Bon Appetit's editor-in-chief Adam Rapoport has you covered. "You can't just show up with a bottle of wine," he says. "You need to think about it." He shares tips from the story "Be the Guest with the Best: What to Bring to Thanksgiving Dinner" and a Thanksgiving menu from the magazine's November issue.

Lynne Rossetto Kasper: I want to talk about the "What to Bring to Thanksgiving Dinner" guide that you've done.

Adam Rapoport: I think when you're a guest at Thanksgiving, you always want to, "What can I bring? I want to contribute somehow."

But it's a tricky question. It's not such an obvious answer. You can't just show up with a bottle of wine. You need to think about it.

1. Unless you are asked, do not bring a dish of food

LRK: What are the basic rules?

You're like, "Yes, but we already have three casseroles. We don't need your casserole."

The host obviously spent a lot of time making a menu. Be mindful of that. So if they ask you to bring something, great. Or say, "Can I bring a dish? Is there anything you would like me to bring to help out?"

2. Stay out of the kitchen

LRK: You say here, "Guest shall not chop!" What does this mean?

AR: Stay out of the kitchen. Don't be the person who says, "Hey, do you have a cutting board I can borrow? Do you have any extra thyme around? Wait, I need some butter."

It's like, no, it's OK to bring a dish, but the dish should be assembled. We also talk about maybe you want to bring a salad and everything is ready to go in little plastic bags. All you need to do is toss it together.

LRK: I have to say, I think everybody has been in this position at one point or another where you're already struggling.

AR: Don't complicate matters. And don't say, "Can I heat this up?" You know what? There's a turkey in the oven, and there are probably some sweet potatoes also. Your dish is not getting in there. That real estate is spoken for.

LRK: Either bring your own small oven, or the devil with it.

3. Ask before bringing wine for the meal

LRK: How about this thing about wine? Because it's tricky, isn't it? Everybody thinks to bring a bottle of wine.

AR: If you can bring really good wine, make sure it's clear that it's not to be served at the dinner table. Because if you bring over a beautiful bottle of Burgundy or Bordeaux, that's going to get thrown in there with the other 10 bottles they have going. They're not even going to realize that they're serving a really good bottle of wine. Wrap it up, put a little bow on it, say, "Hey guys, this is for you for later. Enjoy it whenever you'd like."

Or, if they do want you to bring a bottle to serve at the dinner, say, "Hey, what kind of wine would you like me to bring? What are you serving?" They will say, "Oh, maybe either bring a gruner veltliner for the white course, or we are doing American pinot noir. We'd love something from Oregon."

If you're going to bring a white to be drunk, make sure it's chilled. Make sure the red makes sense within the scope of the meal. People who love food think out the menu. They think out the wine plan. Listen to them. Ask them for their input.

4. Bring short, non-fragrant flowers in a container you can leave

LRK: How about the idea of flowers?

AR: I love flowers. They should not be fragrant, ever. They also should be cut short enough that if you want to put them on the table, you're not looking over and around to see the person opposite you.

We also say bring them in a container, a vase of some sort, that you're OK with leaving there. Maybe it's a cute little Ball jar or something, or the beautiful San Marzano tomato cans that you can creatively use as a vase. But don't bring your crystal vase that you expect to bring home at the end of the night.

5. Gifts don't have to be for the meal itself

LRK: What could you bring? Do you have some ideas we haven't thought of?

AR: I love the morning after; it's something to think about. The hosts are putting so much effort into the meal itself. What about the next morning?

We talk about maybe you make a beautiful homemade pancake mix that they can cook the next morning; a beautiful loaf of pullman bread for those leftover turkey sandwiches; maybe some Duke's Mayonnaise, a favorite of the South; beautiful coffee -- coffee is great.

Not everything has to be about the meal itself. A lot of times, like I said, the host has already done the work. They have the meal taken care of. But what about the next day?

Then there are just gifts. One of our editors had the great idea of bringing a cool little guestbook where everyone can sign their name and talk about it. That can become a tradition for every time the host hosts a dinner party. They have a guestbook that their guests and friends can sign.

LRK: I like that idea. This is something I don't think people think about. It makes for such great memories.

On why it's important to mix it up

LRK: What's going to be happening at the Rapoport house this year?

AR: You're going to shoot me, but we have not locked in a plan yet. It's my wife, our 7-year-old son, and then my mom, who is a very spry, go-getter 80-year-old who is actually off to Cuba on Saturday following Thanksgiving. She did not want to go down to D.C. with my brother and sister, so she needs to be near home. She's one of those types who packs three days ahead and is just counting the hours.

We might go to a friend's "Friendsgiving," as the kids say these days, out in Brooklyn. You're not going home, so you invite your friends over and everyone brings a dish. You sit around, drink craft beer and talk about your beards. We might do that and bring my mom along. She's a very hip 80-year-old, so I don't worry about her. Give her a Dewar's on the rocks and she's good to go.

LRK: A friend of mine said everybody does Thanksgiving. We've all had it, we've done it. He had a movie party. He invited a bunch of friends, he picked a film he thought they'd all love and they all went to the movies. After that, they went out for pizza. They gave thanks for the fact that they didn't have to cook anything. They had a wonderful time.

AR: I do think it's important to mix it up. Michael Chabon, the Pulitzer Prize-winning author, wrote a beautiful essay for us a few years ago in Bon Appetit about doing something different every now and then. If you do the same thing over and over and over again, you almost become inured to it. You take it for granted. It just becomes rote.

If you shake it up, all of a sudden you become more appreciative for what a special holiday it is, and your friends and your family. If you're not with them one year, they might get a little hurt. But when you come back the next year, you'll be that much more appreciative, you really will give thanks, and it will be a heartfelt thanks.