Finding, then publishing a rare Yiddish vegetarian cookbook from the '30s

by Melissa Clark
Listen: Finding, then publishing a rare Yiddish vegetarian cookbook from the '30s
06:31 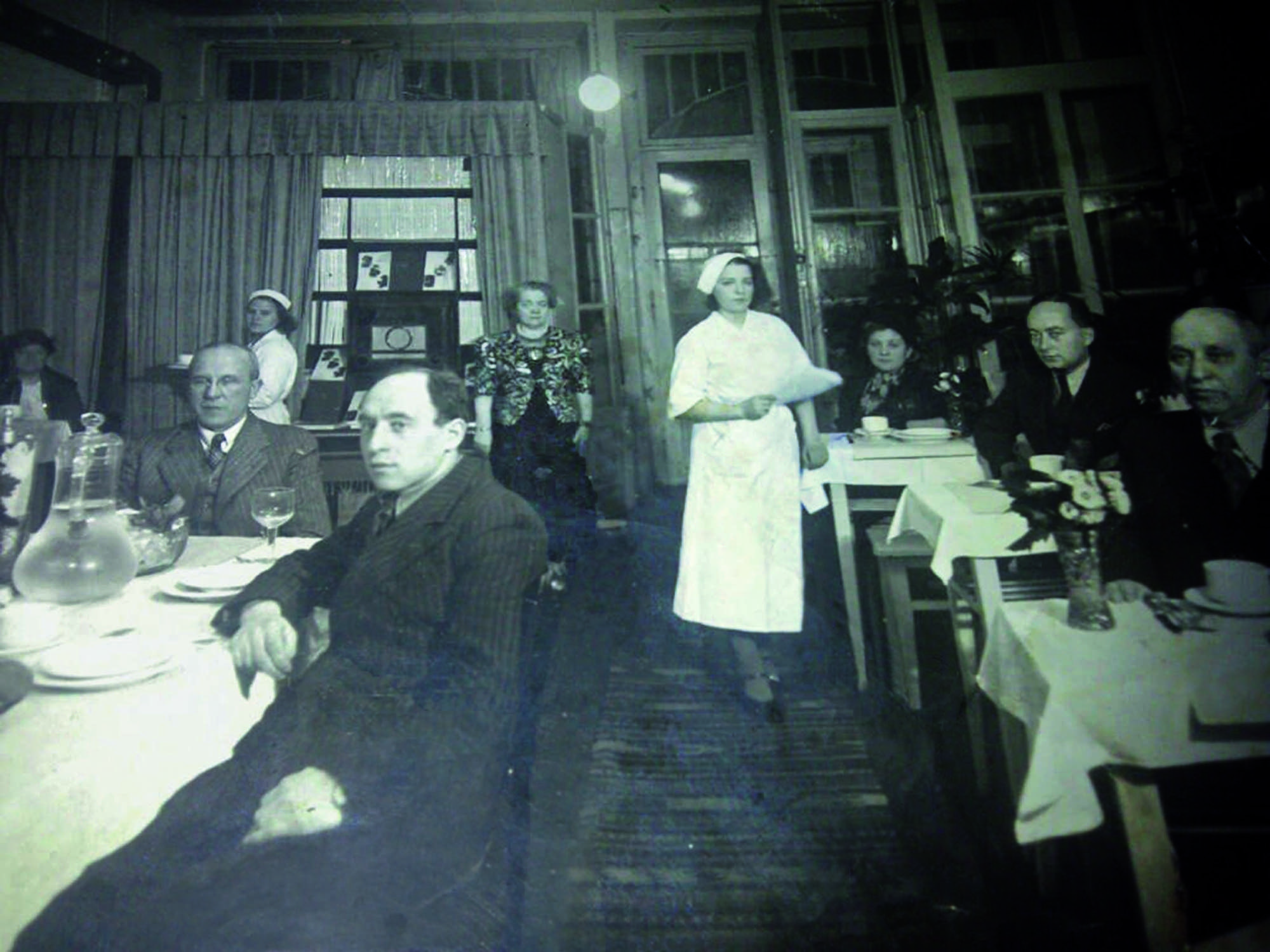 In the 1930s, Fania Lewando ran a popular restaurant in Vilna, Poland, that served vegetarian cuisine to poets and artists, including Marc Chagall. Lewando also wrote a cookbook, which Barbara Mazur discovered in the rare book room at YIVO Institute for Jewish Research. Mazur explains the history behind The Vilna Vegetarian Cookbook, and shares Lewando's recipe for Carrot Schnitzel.

Melissa Clark: Who is Fania Lewando, and how did you find her cookbook?

Barbara Mazur: Fania Lewando was a cooking school teacher, a restaurateur and a cookbook writer in the 1930s. She lived in Vilna, which was part of Poland at the time.

I belong to an organization called YIVO Institute for Jewish Research. As part of the book group, I was allowed to go into the rare book room, where I was shown a few books, one of which was this beautifully illustrated cookbook. I found out that it was written by a woman; she was a vegetarian way ahead of her time. I found out about all of the other things in her life.

But the book was in Yiddish so we couldn't read it. I contacted a friend, Wendy Waxman, and made her look at the book. Together we decided we were going to have the book translated, published and give Fania Lewando a voice for the 21st century. She was way ahead of her time in her thinking.

MC: Being a vegetarian in the 1930s in Eastern Europe was unusual. Was there a burgeoning Jewish vegetarian movement at the time?

BM: People thought that vegetables were better and that it wasn't necessary to have meat in their diet. Researchers felt if the peasants could eat vegetables -- they didn't have money for meat -- and they were very healthy, it was a good thing.

MC: Were there other reasons for the popularity of vegetarian cuisine at the time? When I was reading the book, you mentioned something about kosher butchering.

BM: The intelligentsia at that time in Vilna were trying to start a new life. It was about to be a wonderful, wonderful time for them. There were poets, writers and artists. Being a vegetarian at the time was thought to be very forward-thinking.

First of all, it was a kindness to animals.

BM: For Jewish people, the Polish government was outlawing kosher slaughterhouses. There wasn't much meat available.

That was Fania Lewando's strength. She took a vegetarian diet and made the heads of households feel that they were doing a good service for their families by serving vegetables. They were not depriving their families. Depriving their families would have been a more common thought at the time, but she didn't believe in that. She thought that it was good reason to be vegetarian, that nature's bounty was available for everybody.

MC: She was very interested in it being good for the body, but also good spiritually? As a good Jew you could also be a vegetarian, and it all went hand-in-hand together.

BM: Absolutely. There's no requirement to eat meat, but it was just something that was done for celebrations, for prosperity and for Shabbat.

But she changed it around. She wrote that in every family there are people who have allergies and children with delicate stomachs. She was very interested in health, sanitation, hygiene and fresh, clean food.

This book is full of recipes.

MC: The recipes seem very modern, actually. You'd think that a book from the '30s would seem old-fashioned, but the recipes really don't.

BM: No. I've been cooking from this book for the last few years. It always amazes me that the salads are so delicious. Brightened with some lemon juice, parsley, dill and a little bit of oil, suddenly you have something in front of you that's beautiful. You've just used a cucumber and a tomato and you have this beautiful thing.

The same with root vegetables; she uses them in soup, stews and schnitzel. I find myself making the schnitzels over and over because they are a quick meal.

I love the soups. I just made a delicious summer squash soup. I made a delicious beet soup; you add a drop of sugar at the end and it's just fabulous. There's even a pickle soup, which is a surprise.

Fania had a restaurant that was very popular. All of the poets and artists of Vilna used to come and eat there. Even Marc Chagall ate in her restaurant.

MC: She was quite an entrepreneur -- she had a restaurant and she had a cooking school.

BM: She had a cooking school and restaurant, she wrote the cookbook and wrote an eight-page publicity brochure to publicize her cookbook. She was a self-promoter.

MC: Do you know how she died?

BM: We don't know. In 1941, the Soviets were in Poland. She and her husband, I'm sure, were trying to escape with many, many other people from Vilna. Nothing was ever heard about them after that, unfortunately.