Cooking from a classic Puerto Rican cookbook, with mother and grandmother

by Melissa Clark
Listen: Cooking from a classic Puerto Rican cookbook, with mother and grandmother
06:14 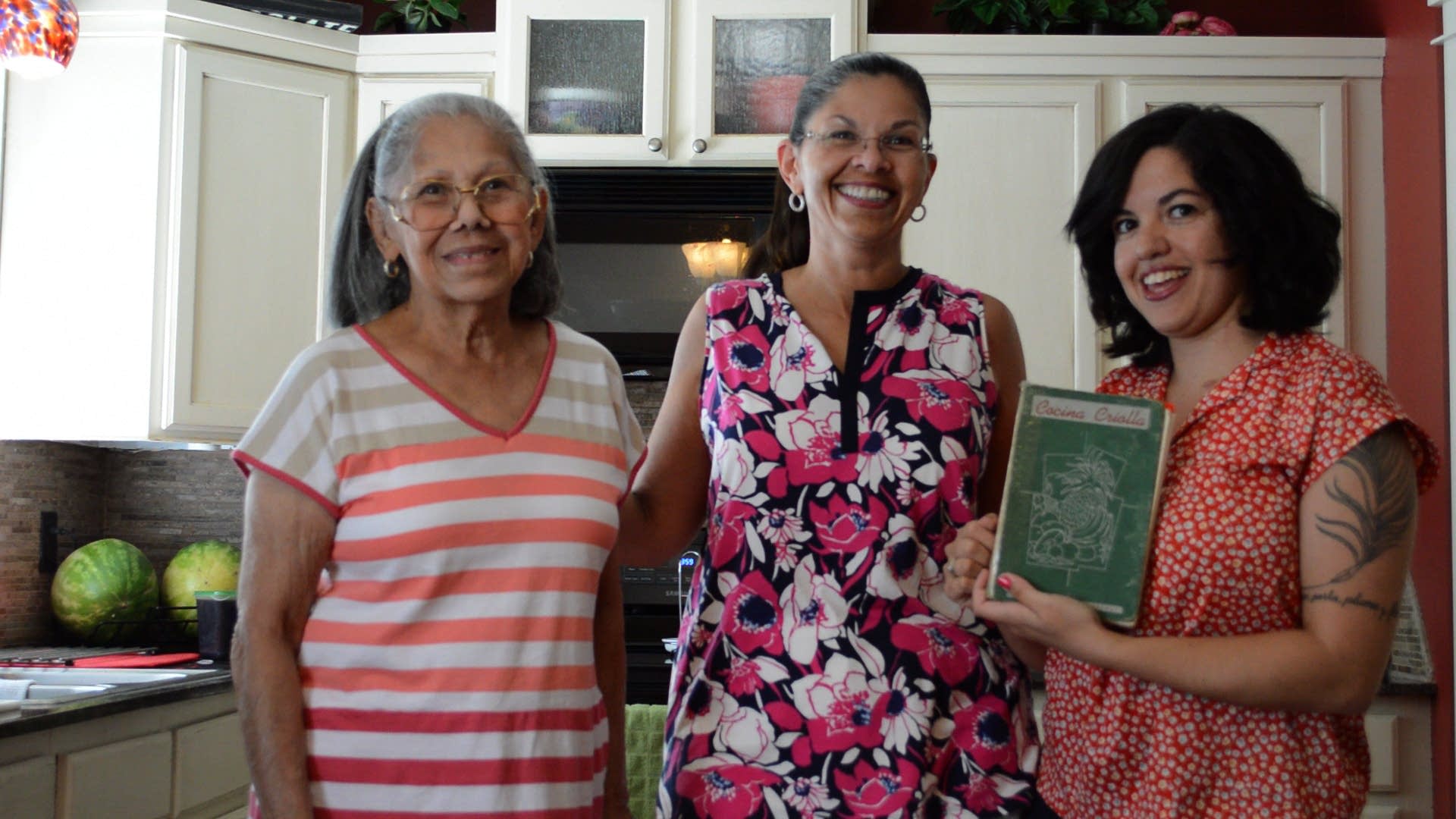 When Von Diaz ended up with her grandmother's 1964 copy of the Puerto Rican classic Cocina Criolla, she decided to explore the recipes. What started as an homage to her grandmother became "a project that was so much about culture and identity and understanding the history of an island's cuisine that is fiercely underexplored," Diaz says.

She is working on a memoir and cookbook based on the project, which was launched on Feet in 2 Worlds, a project of the Center for New York City Affairs at The New School.

Melissa Clark: How did this Cocina Criolla project start?

I started looking through the book and seeing her handwriting, looking at the pages she dog-eared. It really spoke to me; it really reminded me of these incredible summers and holidays that I spent with her on the island.

The project really started as this sentimental homage to my grandmother, whom I call Tata, who was recently diagnosed with Alzheimer’s disease. She was an incredible cook; she was everyone's favorite cook. She can't cook anymore.

In a lot of ways, it started with me paying tribute to her and also exploring the recipes. But as soon as I dove into the actual recipes and started making things like beef tongue and whole turkeys swaddled in lard cloth, it then became a project that was so much about culture and identity and understanding the history of an island's cuisine that is fiercely underexplored.

MC: You are Puerto Rican by heritage. Did you grow up there?

VD: I was born in Puerto Rico, but my family moved to Atlanta when I was 5.

MC: When you were growing up, other than being in Puerto Rico, did you run across a lot of Puerto Ricans in your life or did you feel isolated?

VD: I felt incredibly isolated from Puerto Rican culture. I definitely felt Puerto Rican; I felt connected to the island. But I grew up in the South eating grits and bacon. I'm a terrible salsa dancer. I am way more likely to listen to hip-hop than I am to Latino music. In school I can remember one or two Puerto Ricans the entire time I was in public school, except for our family friends. In college there was one Puerto Rican whom I became really good friends with. At the time, there wasn't a Puerto Rican community in Atlanta.

MC: Your mom also got involved in the project. How did the whole three-generation thing happen?

When it came to my hands, I feel like I'm merging the two people. I really want to stick to these traditional techniques, recipes and ingredients. But I want to try to make it more palatable, to try to make them lighter and fresher, because I also like to eat lighter food.

MC: It's a way of bridging your mom and grandmother -- you are in the middle there.

MC: What are some of the dishes that your grandmother used to cook that you've been cooking when you've been going through the cookbook?

VD: One of the dishes that I make really often is picadillo. It's ground meat that is seasoned with sofrito, and often olives and raisins are added. Definitely a bridge that is there -- my grandmother used to make it with beef, my mother made it with ground turkey, I make it with pork and beef.

It's typically used as a filling, so most people have had it in empanadas or other deep-fried fritters with beef. It's usually used with filling, but my grandmother used to have it on-hand like other people keep lunch meat. It was always in the fridge in a little container. Sometimes I would scoop it out and eat it or heat some up on a plate.

I make that pretty often. I find that I often have containers of it in my own freezer that I just pull out when I am looking for something to eat.

MC: What's it like cooking with your grandmother now?

VD: Cooking with Tata is different now from when I was 10 years old in Puerto Rico, which is when she really started to teach me some things that I still use now. She doesn't remember recipes -- even the most basic thing.

For example, most dishes will have an adobo, which is the most basic seasoning, garlic and olive oil. When we cooked chicharrón de pollo together, she thought that it had a recao in it, which is a culantro or a particular kind of herb that never, ever goes in a sofrito. She was really insistent that it should be in there. I had to coax her out of believing this memory that wasn't there. So it's complicated.

She really loves to cook. For whatever reason, she loves my food and she loves anything that I cook for her. On the one hand, it's really fun: I see her reactivated into this space that she lived in for so long. But I also see her get really confused, and I have to help her just feel okay with the fact that we are doing something different, we are doing something new and it's going to taste really good at the end.

We all sit down together and we eat it. She just loves to eat.