Twinkies, coconut and maggot cheese: 3 surprising food stories from A Fork in the Road

by Noelle Carter
Listen: Twinkies, coconut and maggot cheese: 3 surprising food stories from A Fork in the Road
06:04 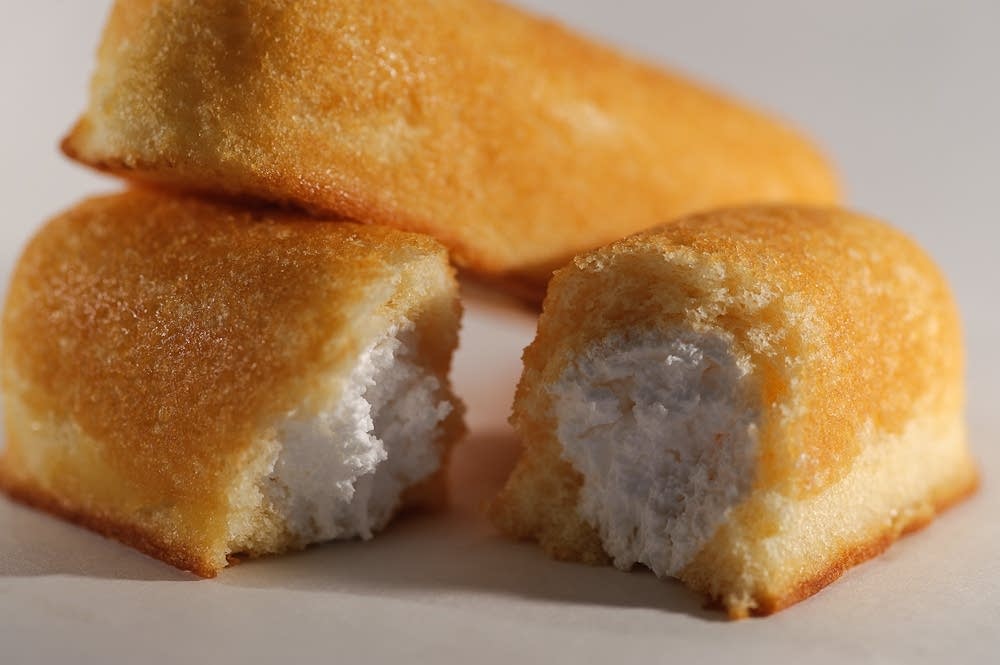 "There's something for me so glorious about the connectivity of what we eat," says James Oseland, editor of Lonely Planet's A Fork in the Road: Tales of Food, Pleasure and Discovery on the Road, a compilation of stories about food. The editor in chief of Saveur and Top Chef Masters judge shares three stories that surprised him.

Noelle Carter: The collection is a compilation of everything from exotic travel stories to people sitting around the table and watching their mother cook. What was the foundation for the book? What was the core idea that you were going for?

James Oseland: The directive I gave the contributors was to tell a story that involved food, eating, the preparation of food, the procuring of food, shopping for food in a market, which in one way or another had a meaningful impact on their lives.

Three surprising food stories from A Fork in the Road

1."Consider the Twinkie" by Giles Coren

JO: One of my absolute favorite stories opens the book. It's by the wonderful British writer and TV presenter Giles Coren.

What he's ultimately writing about in the piece, though, is not that McDonald's meal, but instead his desire to have a Twinkie, which he didn't have on that particular trip. He didn't, in fact, actually taste a Twinkie until about two decades later. He was a little disappointed in how the Twinkie tasted. Which I guess I can understand, but I'm a Twinkie lover, so I can't completely support him in that regard.

I love that story of yearning for the exotic and the unknown, even if the unknown is McDonald's.

2. "A Taste of Coconut" by Sigrid Nunez

JO: On the other hand, you've got this beautiful contribution from the novelist Sigrid Nunez, who usually writes about Susan Sontag and lofty topics. Instead, she's contributing a really gorgeous, very quiet, small piece to this book.

She is writing about her first trip to Paris. Paris was very crowded, it was a really difficult trip, she was in her early 20s and it was just hard. You think of Paris as being this city of three-star Michelin restaurants and all of that gorgeousness and exoticness.

But the thing that she ate that transformed her life -- she was just so hungry and so tired -- was a piece of coconut that was sold by a street vendor that her husband brought to her. It just provided such sustenance. Suddenly she was relaxed and she was able to appreciate Paris.

I just love the unpredictability of these food stories that we all have up our sleeve.

3. "They Eat Maggots, Don't They?" by Joe Dunthorne

NC: One of the stories that really took me aback was when one of the writers talks about going to Italy. He starts with this soup -- the kids are all clamoring around the pot, they're very excited to have it. He finds out later that what he was eating was a blood soup. Then the story goes on and he tries this famous Italian cheese with live maggots in it. Just the experiences of that -- how it's maybe revolting to him, yet to the local kids it's a delicacy, they're so excited to have it.

JO: On the one hand, there's an "eww" factor to it, like, "Oh my gosh, those are insects, which are a weird and bizarre food." But on the other hand, I can think of an experience that I had myself in northeast Thailand where insects are part of what people eat in their everyday diet. It's very poor there; it's very dry there. But when you're sitting down at a village table with a family feeding you food that they've harvested just that morning --  it happens to be ant eggs, queen ants -- and you're eating a salad of queen ants, "Oh my gosh, I can't believe I'm actually eating this." But it's actually a really delicious and very, very beautiful thing. For these people, it's no stranger than the meal I ate last night in New York City that was very exotic and wonderful, but for them it would just be unthinkably strange.

There's something for me so glorious about the connectivity of what we eat, the great joy in the commonality we share in food.