What it takes to become one of L.A.'s 101 Best Restaurants 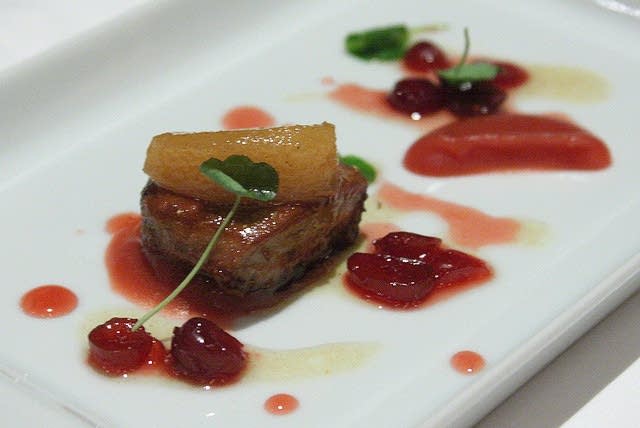 Angela Kim: Your 101 Best Restaurants list is out. What are you hearing back from people?

Jonathan Gold: It's interesting, there are a lot of people who are determined to eat at every single one of them, and I sort of love that. The thing that's different with this year's list from lists that I've done before is that they are in order. They are really ranked from 1 to 100.

No. 1 is Providence, which is just a splendid restaurant serving modern French cuisine with heavy Asian influences and seafood from all over the world.

The list runs the gamut from a taco truck on one end to a sushi restaurant that's probably $800, $900 a person. I want it to be a thing that somebody could have in their hands and they could eat their way through it from one to 101 and have a really good idea of what's happening in Los Angeles right now -- not just in terms of food, but also culturally.

AK: Some of the restaurants I notice on this list -- because I follow it every year -- have been on your previous lists -- like the Thai restaurant Jitlada, even Providence. For a new restaurant, what does it take to get on your list?

JG: A restaurant just has to rock. It has to have some kind of cultural relevance that a restaurant already on the list doesn't have. It has to be a restaurant that makes you look at Los Angeles in a new way.

One of my favorite new ones this year is a place called Corazón y Miel, which is in a working-class suburb, Bell, which is about 10 miles southeast of Los Angeles and is not known for haute cuisine. They took over an existing bar. The chef, who came from Animal, which is a really good, really well-regarded restaurant in Hollywood, is doing his kind of Mexican food. For example, the signature dish at Corazón y Miel is roasted chicken hearts in a little broth inflected with honey. It's delicious.

JG: Maybe that's the problem with being a restaurant critic -- you tend to go for the critic bait. If somebody is going to do a new thing with fried pig snouts, unfortunately or fortunately that's always going to be the thing that I order on my first visit. I do go back to most restaurants I review four or five times.

AK: For a restaurant like Jitlada -- they're a popular restaurant, a lot of people in L.A. associate that restaurant with your reviews -- what is it that gives them staying power on your list?

JG: Jitlada is doing something that nobody else in the country is doing right now. They're doing a really solid, really idiosyncratic menu of southern Thai specialties with all the strong herbs, with all the aromatics, with all the insights and the incendiary spicing. Even in Bangkok, which has some of the hottest food in the world, they're a little bit afraid of southern Thai curries. If you order them the right way at Jitlada, it will literally blow your mind. You will have many brain cells missing, but it will be worth it.

AK: I think I read on the menu once: "Has your tongue touched lava? Do you want to touch it again? Order this." Being from Los Angeles -- I'm from here, too -- you drive far for good food. On your list you have places in Reseda, places in south L.A., San Gabriel Valley -- that would take an hour at least, if not more, to get to during traffic. You discover a lot of cool neighborhoods through your list.

You may drive down a street like Pico Boulevard and every sign is in Spanish -- you assume that everything is Mexican if you're new to town. Then you start eating and you realize, "Wait, no this one's Salvadoran, this one's Nicaraguan, this one's Sinaloan." Los Angeles is this astonishing mosaic of cultures and food is a great way of looking at that. 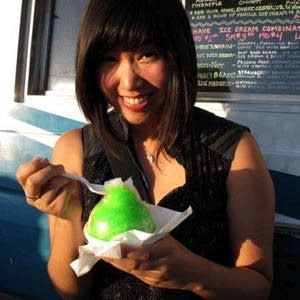 Angela Kim, who blogs at Angela is Here, writes about the food scene in Los Angeles. A former public radio producer, she serves as social media editor for Yahoo!.