Grill marks are not the goal. Rip your steak a 3-D cooking surface

by Lynne Rossetto Kasper
Listen: Grill marks are not the goal. Rip your steak a 3-D cooking surface
06:18 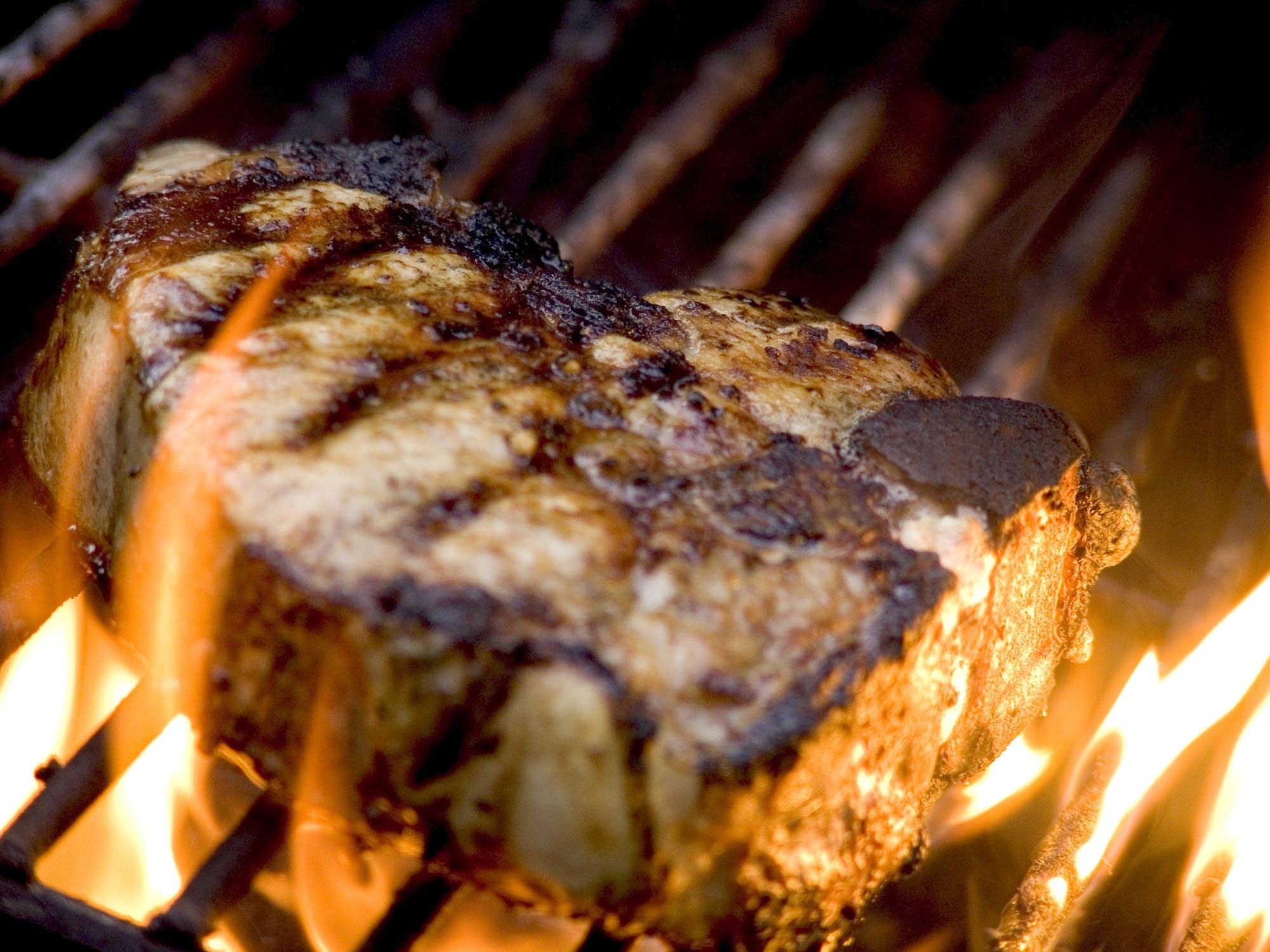 Iconoclasts are handy folks to have around when it comes to cooking. They get us to try new ideas.

For instance, we know the basics of barbecue and grilling, right? Well, maybe not. Chef Adam Perry Lang claims that there are new and better ways to grill.

Here’s the curious piece of his story: He's is a classically trained French chef who made his mark in starred restaurants in New York and Paris. Then he turned around and won major barbecue competitions with methods that had some pitmasters scratching their heads. He is the author of Charred and Scruffed: Bold new techniques for explosive flavor on and off the grill.

Lynne Rossetto Kasper: I’ve always thought that the best grilling is about two things: It’s about a magnificent crust on the meat that tastes rich and brown, and about the meat being really juicy and evenly cooked all the way through. How do you get there?

Adam Perry Lang: It’s a great question. There are so many different ways to skin a cat, but I’ve gotten there by trial and error. I just found this way where I have this dialogue with the heat, and that’s what I try to convey to people. I know it sounds a little bit floofy. But outside you are dealing with coals, wood and fire -- it’s unruly and it’s not like turning on a stove. So you really have to engage yourself and figure out what is going on.

I was fortunate enough to work with some fantastic chefs early on. Meat, handling food, balance and acidity -- these are really important factors with barbecue and grilling. Usually the smoke and the flavor can be so bold that you have to almost allow the food to keep up.

I use techniques like the hot-potato technique, which you described perfectly -- it’s evenly cooked all the way through. I’m constantly flipping the meat and developing the crust by doing that, layering it with a herb brush, which I use quite a lot, and dipping it in a basting sauce. I’m flipping it, constantly developing the crust, not drying it out, and also tempering the heat to go evenly through.

LRK: Are you constantly seasoning it because you are using a brush with a basting sauce?

APL: Seasoning on the grill and the barbecue is a lot different than seasoning in a pan or in an oven. It is on a direct surface. When you are flipping on the grill, a lot of that seasoning peels off onto the grill and it comes away from the meat. That’s one of the techniques I worked on: developing a meat paste to prevent this. Seasoning a bit ahead of time -- say 10 minutes ahead and allowing it to ooze a little bit -- creates this glaze on the outside of the meat. That’s one of the keys to creating this beautiful crust.

LRK: So you are rubbing a seasoning into the meat and letting it sit for about 10 minutes?

APL: Exactly. And it is salt-based.

LRK: I also understand that you have your fire set up on one side and a blank area on another.

APL: I do that a lot only because barbecue and grilling can be quite conversational, and often you need that pause or that moment to get that safe zone. You learn your hot zones. If you don’t have a safe zone, you can stack the meat. Let’s say you have five steaks and you realize things are getting out of control -- I will create a mountain of meat, then just rotate the bottom.

LRK: The bottom goes to the top and it keeps rotating.

APL: That’s why I’m constantly moving; I’m an active griller. It’s just like anything -- with cooking, everyone has different styles. Some are introverts and some are extroverts. On the grill, I’m an extrovert. I like to constantly move. I like to talk. I like to be active. I know things are not always the same. That’s how I really have fun. When you're having fun, that’s how your food comes out well.

LRK: You use the term scruffing. What does that mean?

APL: It’s a great thing to do, and it usually happens by mistake for a lot people and they get upset at themselves. Most people, and I don’t know why, are attracted to grill marks. To me, grill marks happen, but they’re not the goal -- in fact, they’re not even the most desirable goal. I want to create surface area; I want to create as much browning as possible.

Scruffing came about through this concept of my grandmother in the kitchen. She’s cooking a brisket, and she’s breaking all the rules. It’s sticking to the pan. She plunges a giant meat fork into it and rips it off the pan, shredding the meat. She flips it over -- smoke alarms are going off -- but it starts browning in the oven. It created all these nooks and crannies and this 3-D cooking surface. That’s why often I will score into the meat before it is cooked. That will increase the surface area; hence, more flavor and juiciness.