by Sally Swift
Listen: Cold winters are more colorful with a warm bowl of green soup
05:42 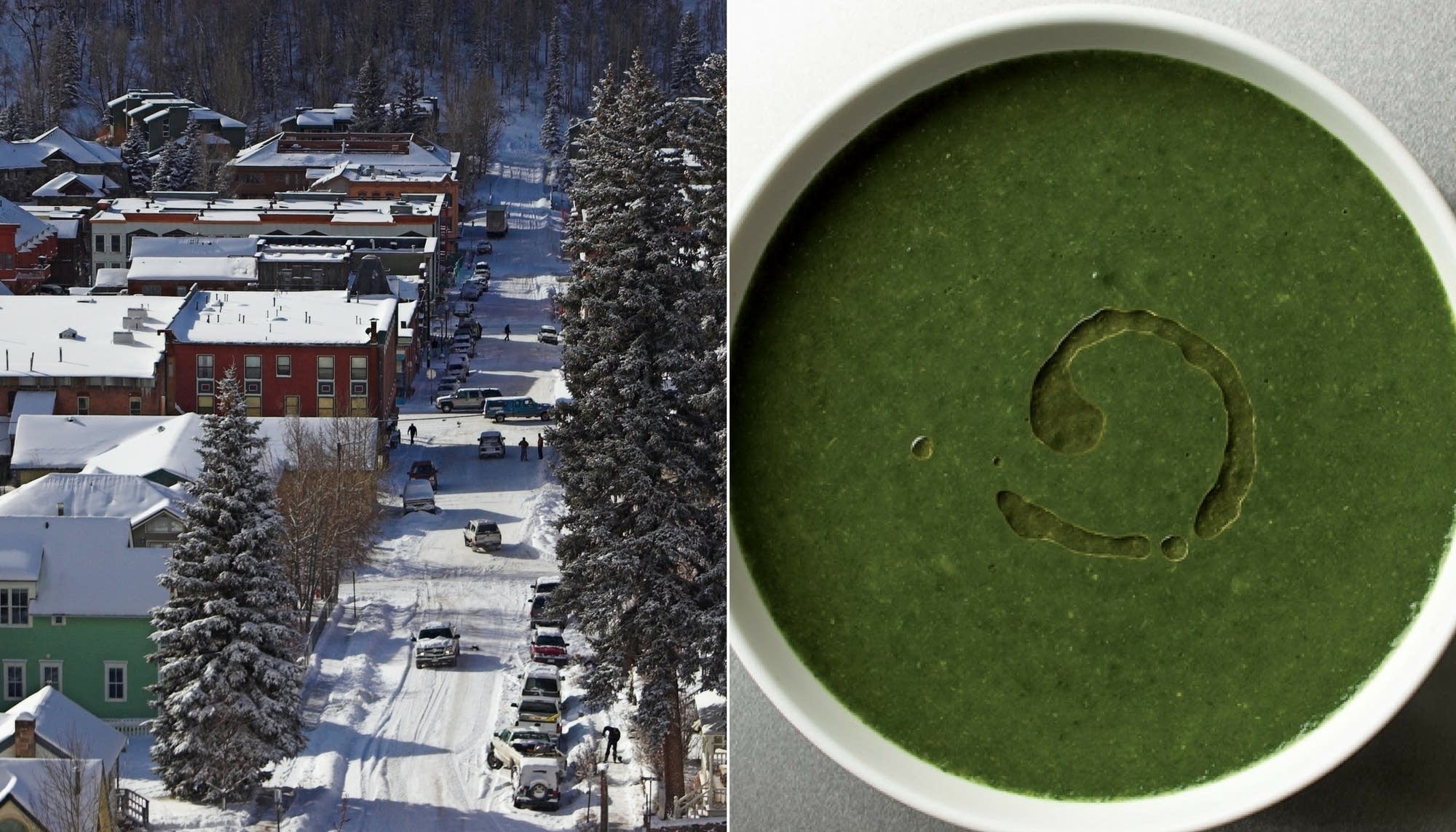 Put the word soup into the title of a cookbook and we’re already anticipating the hot bowl and the hunching of the shoulders to hold in the warmth.

Anna Thomas, vegetarian food writer and filmmaker, wrote a favorite book of ours called Love Soup, which is entirely devoted to the subject. She shared with us one of her concoctions that’s perfect for this time of year.

Sally Swift: I'm very intrigued by the article you wrote about green soup.

Anna Thomas: There are a number of them, as it’s basically a whole category of soup. I’ve been making them for years and years now. I remember when it really got started for me I had this little house in the mountains in Idyllwild and my son was going to school there.

I made a soup that was kale, chard and maybe spinach, and it was so wonderful. I felt so much better right away. I felt really great, and it was delicious.

I started making versions of that soup like the kale and sweet potato version and one with chard and yams all the time. I ate it all winter. I thought this is fantastic. This is my new diet plan: more green soup. Less of everything else.

SS: Is it medicinal for you?

AT: It feels like the greatest tasting medicine in the world. They were very simple green soups, they didn’t have a lot of complication or a lot of ingredients, but they had a ton of greens.

SS: You have a real technique for this and you have actually come up with a base -- a green soup base that you can riff on. One is those caramelized onions, and the second is rice. Talk us through the basic soup.

AT: I caramelized a couple of onions, I cut them up and I put them in with just a little bit of olive oil in a pan and took my time. This is one of those things you do while you’re answering your email. You don’t have to pay that much attention, but you have to give it the right amount of time. I always tell people, "When you think you’re done caramelizing those onions, go another half an hour."

SS: So a little bit of fat and slow, slow heat.

AT: Cover them to sweat them a little and keep the moisture in, because you don’t want them drying out so much that they burn before they have time to really soften up and caramelize. What you’ll end up with is a sort of onion jam, and all you’ve done is put onions in a little olive oil with a pinch of salt. You haven’t added anything. They just turn into this lovely dark rich caramel-colored onion marmalade.

Next, add some water and some vegetable broth. This makes some of its own vegetable broth, so you don’t have to add a ton. Also add 2 or 3 tablespoons of arborio rice. It cooks in with the greens, turns very soft, and when you put your immersion blender in there and puree it all, it gives the soup this silky, creamy texture. And of course, there’s no cream in it, but it has this wonderful velvety texture that I love.

Then I season it. A little sea salt, a little pepper, a pinch of cayenne, and always a little bit of lemon juice. How much just depends on how sour your lemons are.

I don’t use too much olive oil in the cooking process, but when I serve the soup, I drizzle a little bit of unheated olive oil on top. The taste of that fresh olive oil, which has not been heated, is entirely different. It’s the juice of the olive and it is just wonderful. It completely wakes up all the flavors in the soup.

Sally Swift is the managing producer and co-creator of The Splendid Table. Before developing the show, she worked in film, video and television, including stints at Twin Cities Public Television, Paisley Park, and Comic Relief with Billy Crystal. She also survived a stint as segment producer on The Jenny Jones Show.
Lentil Soup with Bacon and Cilantro
Longevity Noodles with Ginger Chicken and Mushrooms
Basque Cheesecake
Miso-Roasted Cauliflower  with Chickpea, Carrot  and Noodle Salad