Once, wherever chestnut trees grew, the nuts were important food for the poor, and yet their taste is luxurious. This chestnut soup, one of my very favorite soups, presents its main ingredient beautifully. It happens to be French, although chestnut soups are made in many places. Chestnuts can be had only during the end-of-the-year season, of course, and the flavor of the soup depends on their quality — the best, when hot, have an aroma of honey — and on the clear flavor of the chicken stock. Along with that, milk is a light, traditional addition that respects chestnut flavor, but for years I’ve instead added cream, as below. Make your stock with a generous quantity of leeks, or reboil it with leeks before adding it to this soup.

If you don’t have homemade stock, don’t resort to canned, whose taste of can permeates anything to which it’s added. Instead, make a different chestnut soup, such as this one from the Limousin, also very good: cook the chestnuts in water together with the typical winter soup vegetables (onion, leek, carrot, turnip, potato), put everything through a food mill (a blender or processor risks making too fine a purée), and then add butter, milk, and cream.

The drawback to chestnuts is the peeling, which, depending on the batch, can be tiresome. Some cookbooks say chestnuts can require an hour or more of cooking after peeling, which may be true of some kinds, but overcooking the chestnuts or the soup at any point will send the chestnut aroma into the air — lost forever.

Excerpted from The Art of Eating © by Edward Behr, used with permission from University of California Press. 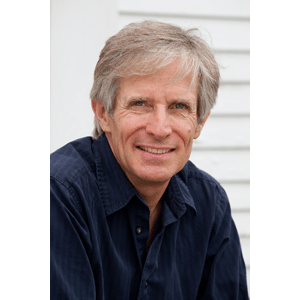