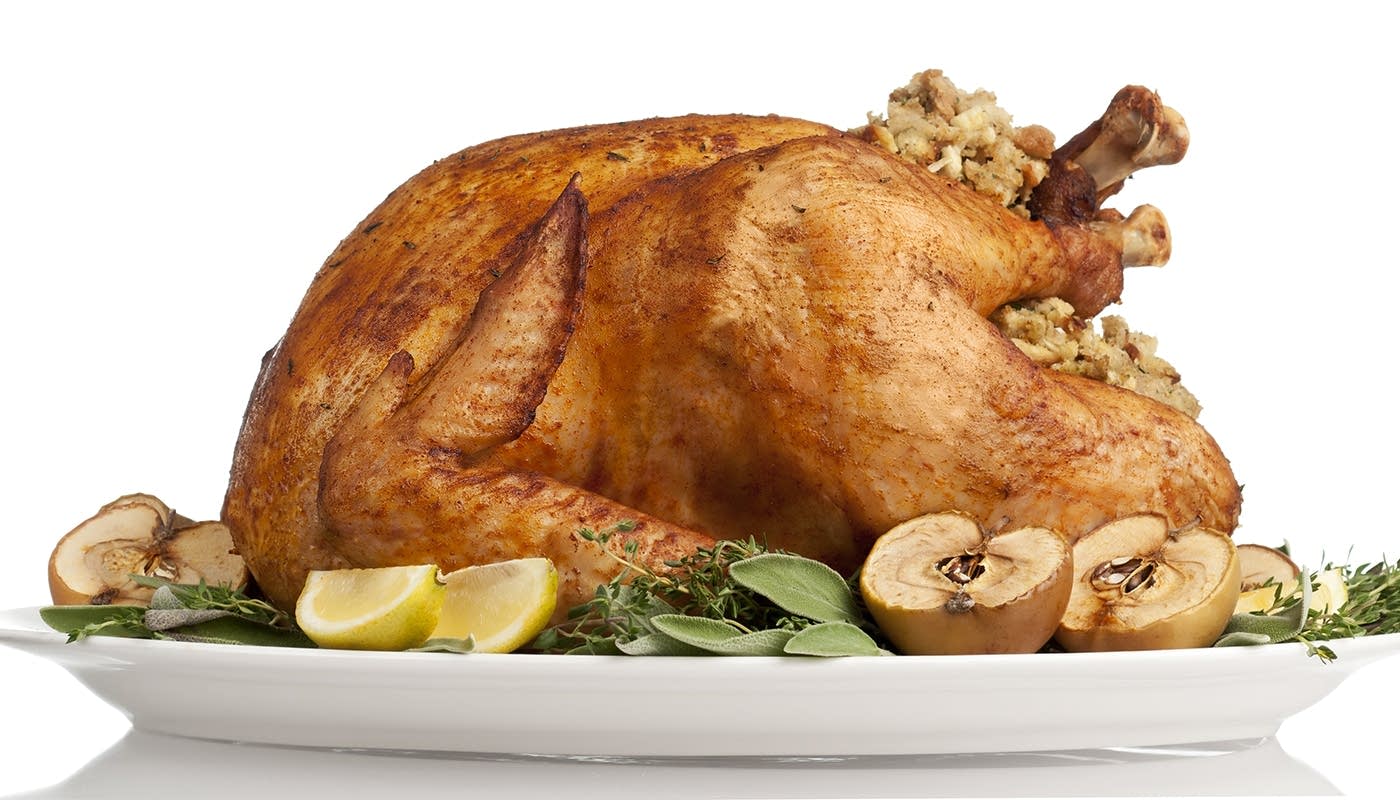 1. Preheat the oven to 500 degrees Fahrenheit. Rinse the turkey and remove the giblets; save the liver for the stuffing (see below). Loosely pack the turkey cavity with the stuffing, then tie the legs together to enclose the vent.

2. Place the turkey on a rack in a large roasting pan. Add 1/2 cup water to the bottom of the pan, along with the turkey neck, gizzard, and any other trimmings. Place in the oven, legs first.

If Bottom Dries Out: Continue to roast, checking every 30 minutes or so; if the top threatens to brown too much, lay a piece of aluminum foil directly onto it. The turkey is done when an instant-read thermometer inserted into the thickest part of the thigh measures 165 degrees. If, when the turkey is nearly done, the top is not browned enough, turn the heat back up to 425 degrees for the last 20 to 30 minutes of cooking.

4. Remove the turkey from the oven. Take the bird off the rack and make Sherry Reduction Gravy, below, while the bird rests (let it sit for about 20 minutes before carving).

1. Chop together (by hand or in a small food processor) the butter, liver, and parsley; season to taste.

3. Stuff the turkey as described above

1. Remove the giblets and pour off all but a tablespoon of the fat from the turkey's roasting pan; leave as many of the solids and as much of the dark liquid behind as possible. Place the roasting pan over two burners and turn the heat to high. Strain.

2. Add the sherry and cook, stirring and scraping all the brown bits of the bottom of the pan, until the liquid has reduced by about half, 5 minutes or so.

3. Add 3 cups water (or stock if you have it) and bring to a boil, still stirring all the while. Turn the heat to medium and simmer for about 5 minutes.

4. Stir in the butter and, when it melts, the salt and pepper. Keep warm until ready to serve.