Email thisShare on FacebookShare on TwitterPin it!Share on Tumblr
Listen: Where We Eat
50:29 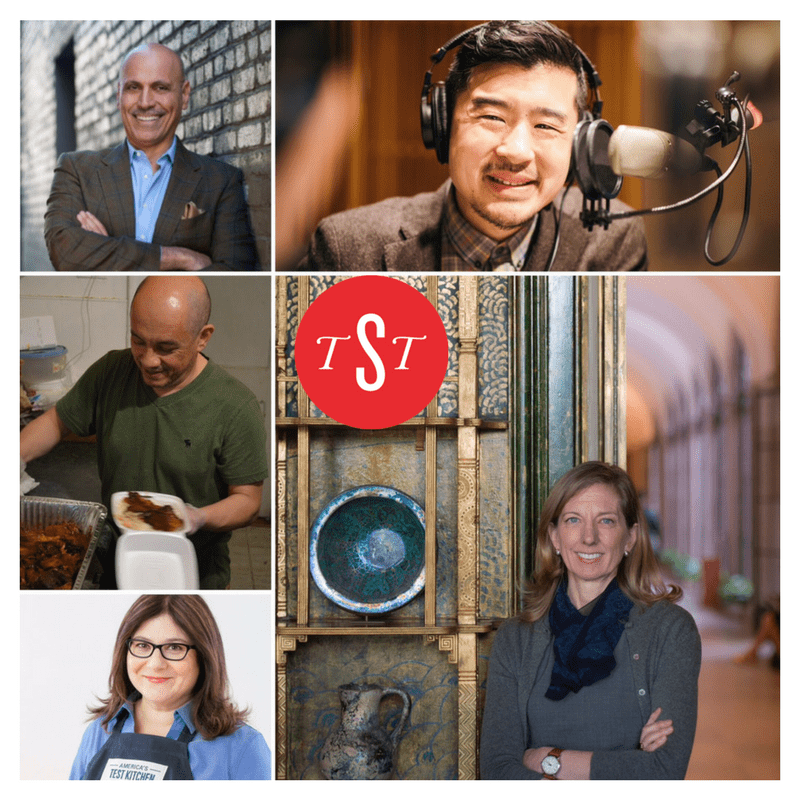 Host Francis Lam meets up with restaurateur and activist Andy Shallal to talk about how he makes choices, from the decor to the menu, to make a restaurant that appeals to both black and white diners. We meet Jorge Muñoz Zapata, aka The Angel of Queens; since 2004, he has been feeding people on the same corner in Queens every night, funded only by food donations and money from his own pocket. Step inside the glorious Peacock Room with Lee Glazer of the Smithsonian Institution to learn the story behind one of the world's most elegant and adorned dining rooms. And Lisa McManus of America’s Test Kitchen takes on picnic food with a review of the best in pie and cake carriers. Francis talks with listeners about how to cook with the outer leaves and stalks of vegetables like cauliflower and cabbage - and how to use the scraps of lemon - instead of composting them.