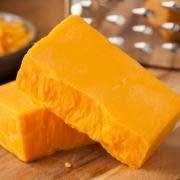 What should we expect from the people who sell us food? We get an opinion from cheesemonger and food retailer Steve Jenkins. Tucker Shaw of Cook's Science reveals some new tips and tricks from America's Test Kitchen. Contributor Von Diaz talks to chef Justin Warner about his theories on flavor pairings. He is author of The Laws of Cooking, which includes the law of peanut butter and jelly and the law of gin and tonic. Walden Hill's Jennifer Milikowsky explains why she brought the European tradition of acorn-finished pork to the U.S., and Gordon Edgar, author of Cheddar, shares the cheese's history.