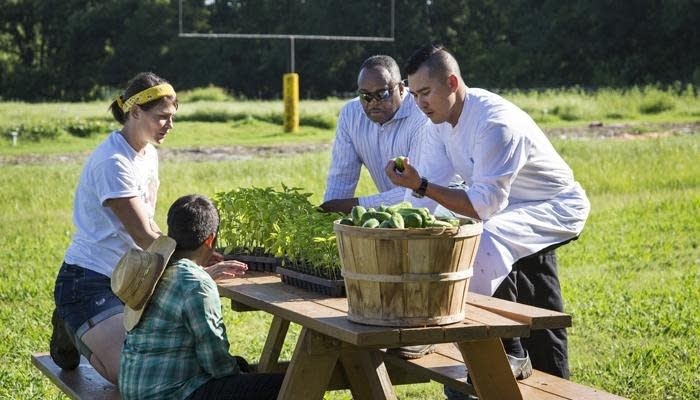 This week Michael Sorrell, president of Paul Quinn College, and student Chanson Goodson tell us why the Dallas school converted its football field into a garden. Contributor Noelle Carter looks at the world of sake making with sake brewer Gordon Heady. Contributor Melissa Clark talks to food critic Robert Sietsema about his new book, New York in a Dozen Dishes. Freelance journalist Jason Strother takes us to a restaurant serving Mexican-Korean food in Seoul. And in celebration of The Splendid Table’s 20th anniversary, we revisit an interview with Paul Greenberg, author of Four Fish, about the history and health of the four species of fish that dominate our menus.