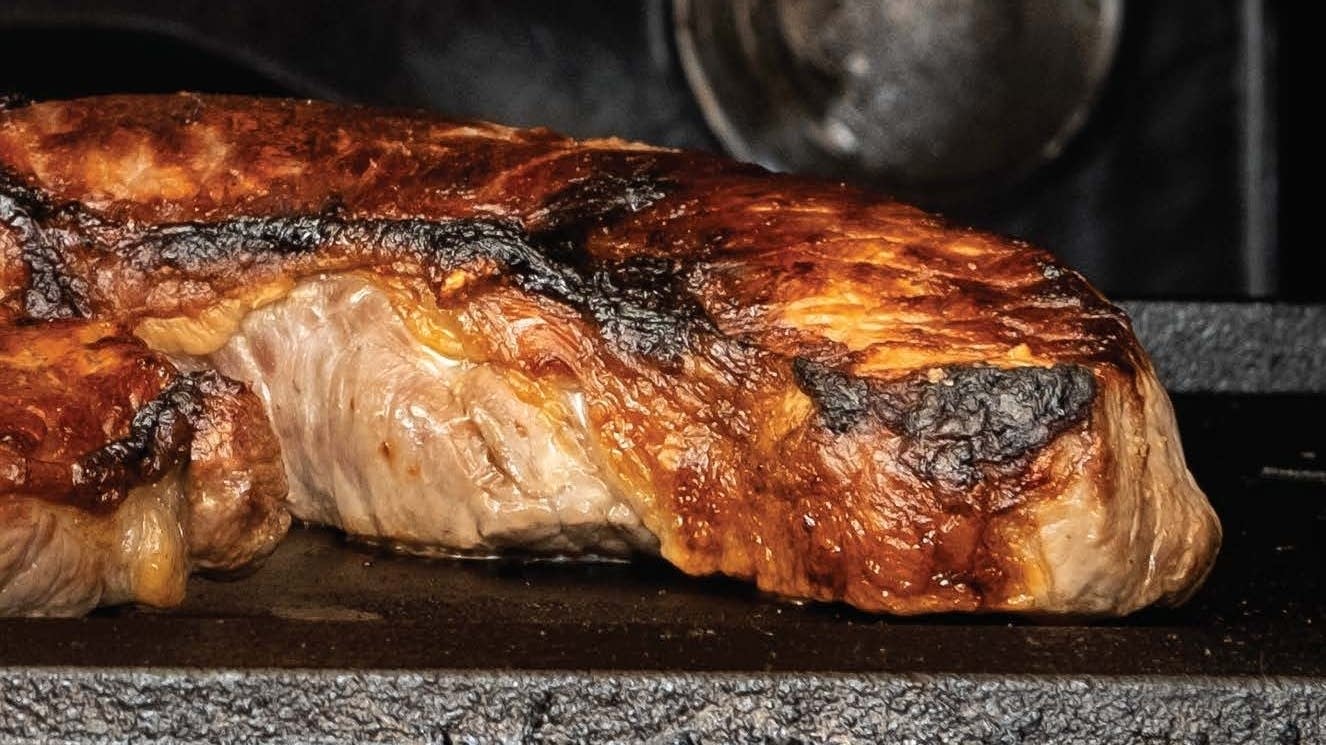 Daniel almost always has steaks sitting in the freezer, but he rarely has the forethought to plan on cooking one (and setting it out to defrost) the night before. One evening, after a particularly vigorous jujitsu match (he wrestles competitively), he was famished and had a strong hankering for a steak. Without the time or patience to defrost one, he tossed the seasoned, though still frozen, block of icy beef under the broiler for ten minutes. To his surprise, the steak cooked beautifully this way, with rendered, crispy, golden fat and a deeply browned crust. As with all meat cookery, resting the steak for a few minutes when it comes off the flame is key to redistributing the juices and getting an even medium-rare cook temperature from edge to edge.

1. Preheat the broiler. Position an oven rack about 8 inches from the heat source.

2.  Place the steak on an ovenproof tray. Season the top with ¹| 2 teaspoon of the kosher salt (the salt won’t stick to the frozen meat, so only season the top side until ready to flip).

3.  Broil the steak until sizzling golden brown on top, about 6 minutes. Flip the steak, season with the remaining ¹| 2 teaspoon kosher salt, and broil until medium-rare, about 4 minutes more.

4.  Remove from the broiler and let the steak rest for 5 minutes before cutting. Drizzle with the oil, squeeze the lemon half over the top, and season with the flaky salt and pepper.