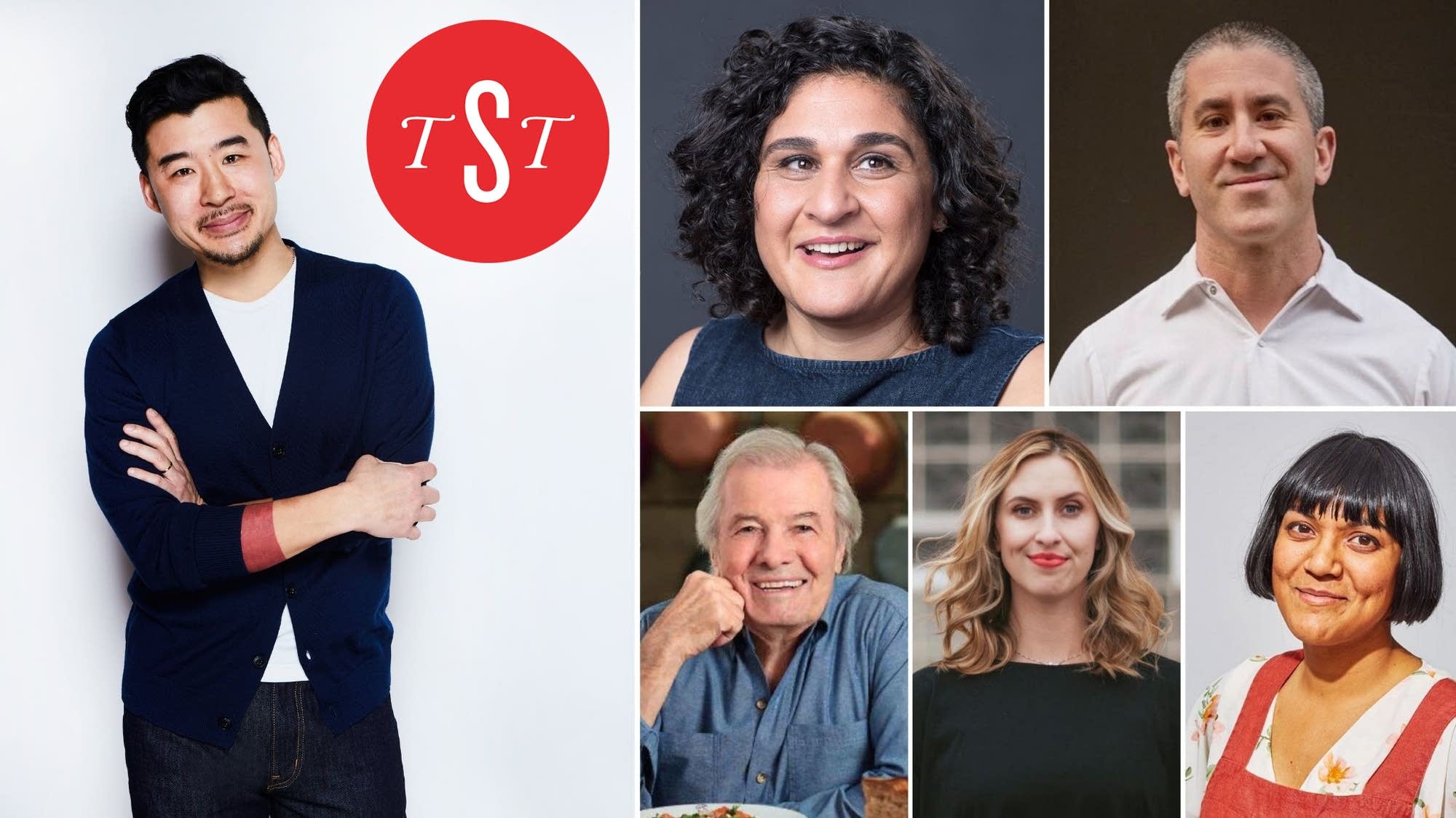 Thanksgiving will look different this year for all of us. But we will still have our annual Turkey Confidential.

This year, because of *everything*, the show won’t be LIVE but Francis will be joined by special guests Samin Nosrat, Chef Michael Solomonov, Jacques Pépin, Nora McInerny, and Sohla El-Waylly to take your pre-recorded questions.

Samin Nosrat is a cook, teacher, and author of the James Beard Award-winning New York Times Bestseller Salt, Fat, Acid, Heat. She is an Eat columnist at The New York Times Magazine and the host and an executive producer of the Netflix original documentary series based on her book and the co-host of the podcast Home Cooking with Hrishikesh Hirway. But mostly, she loves to cook and eat with friends, surf, sleep under the stars, read and write, and listen to good music.

Michael Solomonov is a champion of Israel's extraordinarily diverse and vibrant culinary landscape.  With his business partner Steve Cook, Solomonov is co-owner of Philadelphia’s CookNSolo Restaurants which include Zahav, the trailblazing Israeli restaurant where Solomonov is Chef.  He is also the co-author of three cookbooks.  Solomonov is the recipient of five James Beard awards, including 2016 “Book of the Year” for his and Cook’s bestseller Zahav: A World of Israeli Cooking. The other distinguished restaurants in Solomonov’s Israeli village are Federal Donuts, Dizengoff, Abe Fisher, Goldie, K’Far, Merkaz, and Laser Wolf.

Jacques Pépin is the winner of sixteen James Beard Awards and a Daytime Emmy Lifetime Achievement Award, and author of twenty-nine cookbooks including Jacques Pépin Quick & Simple, A Grandfather's Lessons, and Essential Pépin. He has starred in twelve acclaimed PBS cooking series and was awarded France's highest distinction, the Legion of Honor. He is the founder of the Jacques Pépin Foundation promoting his inspirational love of cooking through community-based organizations that provide accessible culinary skills training to help people find employment in food service.

Nora McInerny is a prolific creator and reluctant expert in difficult conversations. A master storyteller, she has written the critically acclaimed memoirs It’s Okay to Laugh (Crying is Cool Too), No Happy Endings, and The Hot Young Widows Club. She also wrote Bad Moms, a novelized version of the movie starring Kristen Bell and Mila Kunis, and has published essays on the subject of grief and loss in The New York Times, Cosmopolitan, Time, Slate, and Vox. She’s the host of the award-winning podcast, Terrible, Thanks for Asking and founded the non-profit Still Kickin. A captivating performer, Nora gave one of the five most-viewed TED Talks of 2019 and the Terrible, Thanks for Asking live show sold out theaters in major cities across the U.S. and Canada.

Sohla El-Waylly is a recipe developer and Video Host. She is well known for her appearances on Bon Appetit, Food52, and Andrew Rea's Babish Culinary Universe YouTube channel. She has also appeared as a judge on the Quibi show, Dishmantled. Sohla received her culinary education from the Culinary Institute of America and has worked for the notable Del Posto and Atera restaurants. In 2016, Sohla and her husband opened Hail Mary in Brooklyn, earning them a StarChefs Rising Star award. Sohla is a contributor for NYT Cooking and lives in NYC. You can find her on Instagram @sohlae