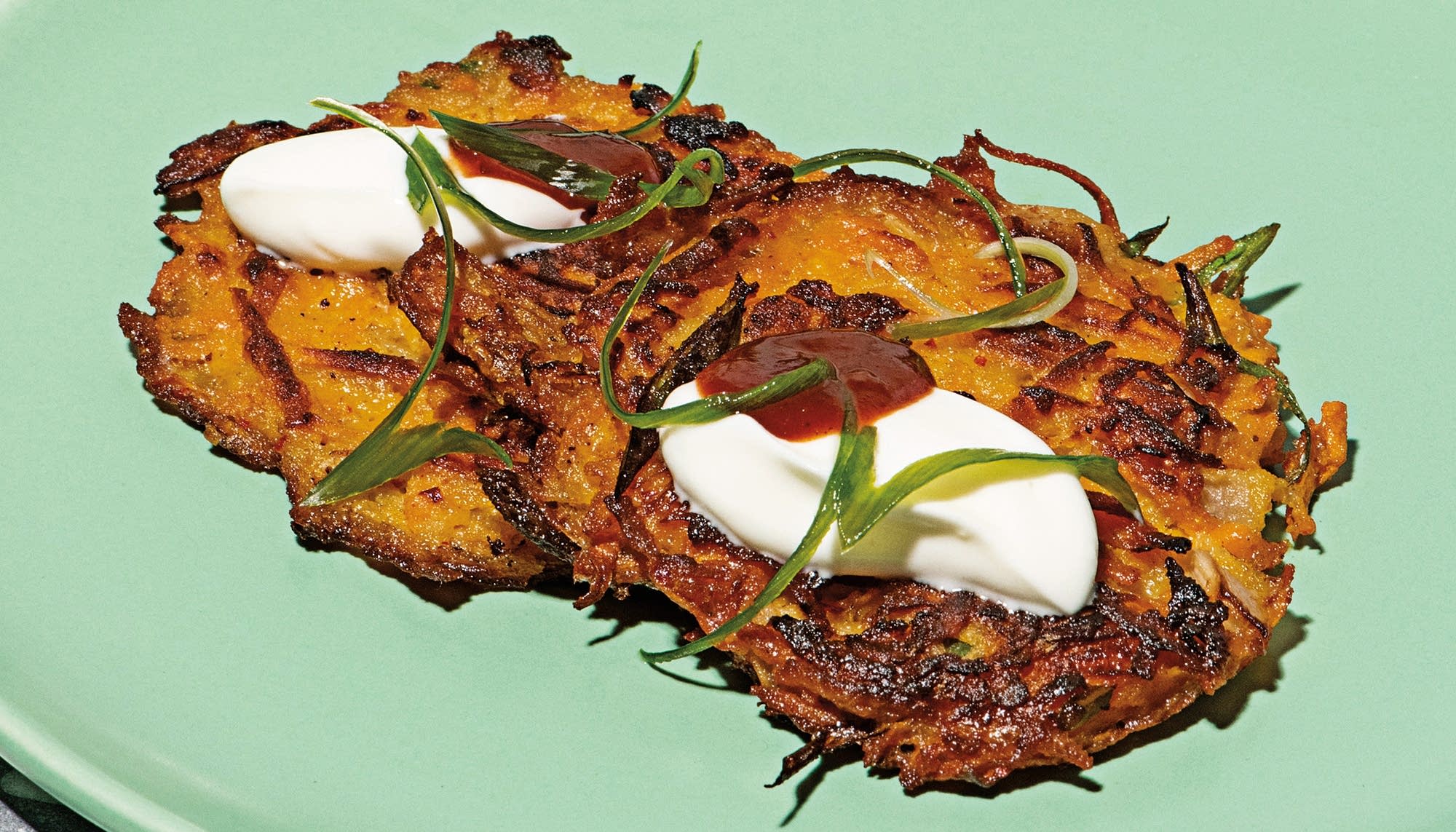 Nyesha is an expert at fusing food and place and then building narratives around that fusion. Most of her stories are about Los Angeles, which meant that I tried to pick an LA story also. That sparked a memory of the first time I visited California, back in the mid-eighties, and specifically a memory of Toddy Tee’s “Batterram,” an early hip-hop song about the LAPD’s use of a modified Army tank to break down doors in search of crack dealers. That’s a completely different kind of cooking, but that’s not why I picked it. To me, it was one of the first true signs that there was distinct a West Coast culture that wasn’t making its way back east unless people brought it.

This dish is actually a great introduction to kimchi, both for those who shy away from it and those who don’t know how they feel about it. The sweet offsets the sour and spice while creating a well-balanced pancake you wanna stack high on your plate.

Cut the scallions into 1 1/2-inch (4-cm) segments, then thinly slice them lengthwise so they resemble matchsticks.

In a medium bowl, whisk together the flour, cornstarch, baking powder, chili flakes, and salt.

In a large bowl, whisk together the eggs, sesame oil, and fish sauce. Whisk the flour mixture into the wet ingredients, then fold in the Yukon Gold potatoes, sweet potatoes, kimchi, and scallions.

Heat 1 tablespoon of the neutral oil in a large nonstick skillet over medium heat. Use a 1/3 cup (75 ml) measure or large spoon to make 3-inch (7.5-cm)-wide pancakes, fitting in as many as you can at a time without overcrowding your skillet. Cook for about 2 minutes on each side, until lightly browned and cooked through. Place on a wire rack and season with salt. Repeat the cooking process, adding oil by the tablespoon as needed, until you run out of batter. Serve with jujube sauce, crème fraîche, and more scallions.