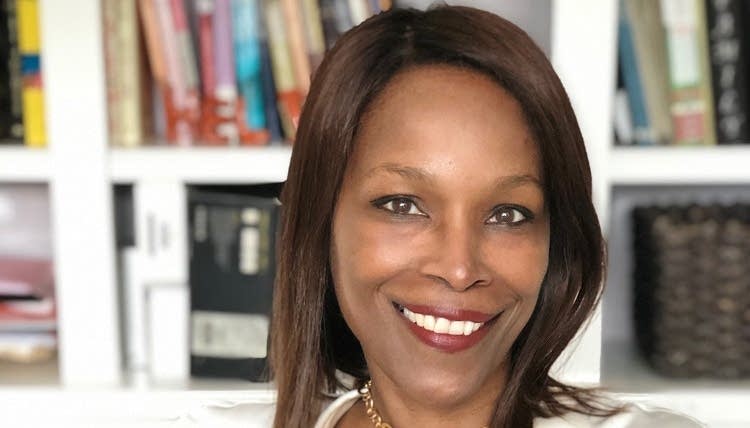 Eating disorders can be hard to deal with. For people who experience them, eating disorders can take over their lives, and the pain is compounded by the fact that, all the while, people often feel judged or shamed for having them. The BBC’s show The Food Chain had a powerful episode on eating disorders, specifically on how they affect people in black communities. Included in that show titled "Not Just a Rich White Woman's Problem" was this segment where host Emily Thomas interviews Stephanie Covington Armstrong, playwright, screenwriter and author of Not All Black Girls Know How to Eat. The book is an account of how she lived with bulimia during her teenage years as a rape survivor.

If you, or someone you know is living with an eating disorder, there is help and support. You can find resources at splendidtable.org/mentalhealth.

Stephanie Covington Armstrong: I always had a wonky relationship with food because we grew up poor and food insecure, and there wasn't always enough to eat. So, I had a lot of guilt around overeating. Bulimia became its own kind of devil I could not outrun. It's like a treadmill that I couldn't get off. I would just gorge and binge and throw up and go to the gym. I would do that until I was exhausted and my eyes were bloodshot.

SCA: My family found out I was throwing up. I was staying with my sister and she confronted me. Rather than talk about my eating disorder, I started talking about my childhood rape – like that was less provocative and upsetting; That made me feel less vulnerable than talking about my eating disorder. I always heard things like, “Well, you know, black women don't have eating disorders. Black women are incredibly comfortable with being large.” So, I just felt like I was failing all the way around, failing at being the architype strong black woman.

ET: Stephanie suffered in silence until one day on the New York subway she spotted an ad in the back of a local newspaper.

SCA: It said if you have an eating disorder, we can help you. And I just remember clutching onto this magazine and thinking this had to be the answer. I went to this guinea pig program; it was at one of the larger hospitals. And I felt like a freak. People were just staring at me. Because what I've since learned is that women of color don't tend to come forward and it just didn't work. It was another experience where I felt isolated. I felt like the only black woman in the world who didn't know how to eat.

SCA: I come from a very proud community who like to keep our secrets and our issues to ourselves. It's like you don't share what's happening in your household with the outside world. And you certainly don't share it with white people; that’s kind of a betrayal. And so you learn how to cope on your own. I always say, why are we one of the only communities that have to struggle in silence, that have to suffer as if it's some badge of courage.

ET: Where do you think this attitude to mental health comes from?

SCA: I think it’s a holdover from slavery. Like, you're going to go out into the world and trust white people? When you look at these people of color who have trusted the system and been bond; I think it's well deserved, this lack of trust.

ET: Do you think that eating disorders are still seen as a white woman's problem? Or do you think perceptions have changed?

I thought if I wrote a book and helped one person understand all people – men or women – who deal with stress may develop an unhealthy relationship with food. So, I wrote my book. The response was not what I expected. What I found initially was it was lesbian women, poor white women, all kinds of ethnic women; but it took a while for the black community to kind of embrace me in the same way.

ET: And why was that?

ET: Why are there so few women speaking?

SCA: It's certainly not sexy, right? Like, ugh. Like, “I want to talk about throwing up.” You know, you lose all your black girl magic when that's where you're at in your conversation. People are less interested.

If you, or someone you know is living with an eating disorder, there is help and support. You can find resources at splendidtable.org/mentalhealth.