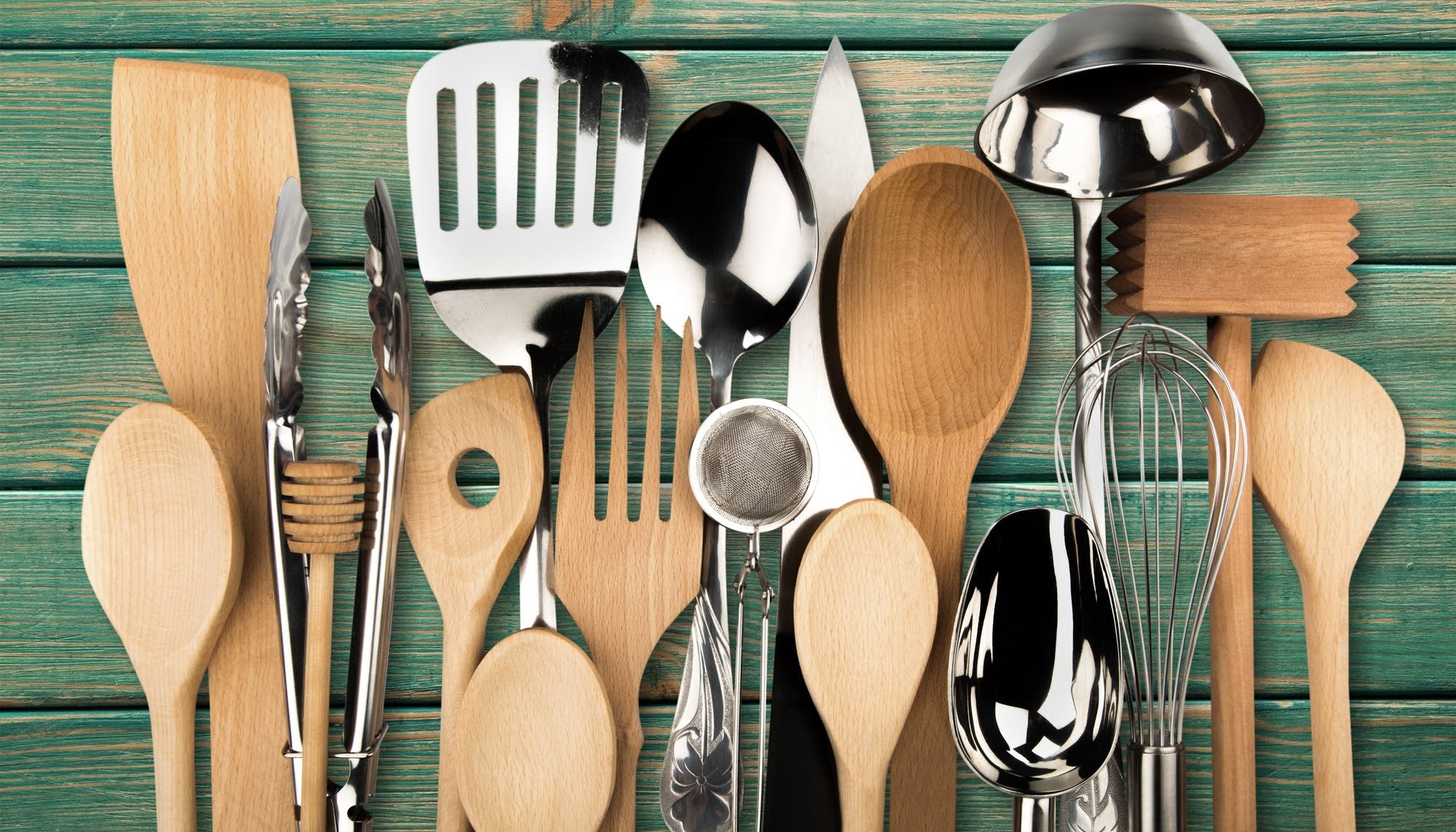 Creativity is key in the kitchen, where discovering a new use for a piece of equipment or inventing a new shortcut is always a joy. We at The Splendid Table love a good life hack to save time in the kitchen. One of our favorite things about Cook's Illustrated magazine are the tips readers send in on how to find new uses for kitchen tools. It turns out it’s one of Dan Souza’s favorite parts too. He’s the Editor in Chief of the magazine. He talked to Sally Swift about some of his favorites from over the years.

Sally Swift: We have been digging into tools for this episode. We thought of you immediately because of this column that you have done for years in the magazine called Quick Tips, which is when readers send in alternative, and sometimes bizarre, uses for tools and utensils. How long have you guys been running that column?

Dan Souza: That's totally original to the magazine. We've been doing it since the premiere issue back in 1993 and we haven't stopped; we do it every single issue. We get tons of awesome submissions from readers and we test them in-house to see if we like them and see if they work. If they do work, we publish them along with an original pen and ink illustration and credit the reader. It's a really fun part of the Cook's Illustrated community.

SS: There are great ideas; I have learned so much. One of my favorites is that wacky suggestion of using your washing machine as an ice bucket.

DS: I’ve actually done that for parties. That one is great because you can basically fill it up with ice, throw tons of beer and wine or whatever you want in there. Then when you’re done, run the cycle and it all drains out.

SS: That is hysterical. Some of them are ingenious. Can you give us a couple that you have absolutely loved over the years?

DS: Absolutely. One of them that I love to use all the time is a speedy way to cut a number of little round things at one time, like for grapes, cherry tomatoes, olives. It's using basically two lids that you get off of large yogurt containers or sometimes you see them as like deli containers or take-out containers. You take one lid and put it down so that it's facing up and you have sides on it. Fill it with in, let’s say, your cherry tomatoes. Then you invert another lid on top of that, so you basically have sandwiched the cherry tomatoes between two lids and they're held in place by the lip of the lids. Take your chef's knife – a nice, long knife – and go horizontally right through the center of those two lids. You halve everything all at once. Instead of doing individual cherry tomatoes, which can be pesky, you go right through the center and cut them all at once. It can speed up your prep quite a bit.

SS: Brilliant. And it’s a great way to reuse plastic since we're all working so hard on that. What else?

DS: This is a really fun one that came in recently. You know that some people leave butter on the counter so it's always nice and spreadable, but a lot of times you just have it in your fridge and it's really hard. When you try to spread it on bread it tears and it's kind of annoying. This person came up with a really great tip of using a vegetable peeler on a hard stick of butter. Use a vegetable peeler and take off thin strips of butter that you can lay out on top your bread. It softens quickly on a piece of toast and you've got perfect coverage of butter from a hard stick.

SS: That makes great sense. And, of course, the butter stays fresher in the fridge rather than having it on the counter if you don't go through that much butter.

DS: Absolutely. You can leave it in there and then still have spreadable butter when I need it.

SS: Although I do go through a lot more butter since you taught us that cultured butter recipe. I don't know if I should be damning you or thanking you that. [both laugh]. What about salad spinners? I've seen a couple of really great things.

DS: Yes. Salad spinners are obviously incredible for salad and herbs that you've washed. We also like them for chickpeas and beans. A lot of times you want to rinse them to get rid of the excess starch before you use them the recipe, and there's tons of surface area so they can hold on to a lot of moisture. Put them into your salad spinner, give it a few spins and you can get rid of it. You can also use it, especially for chickpeas, to spin off the liquid that they're stored in, which then you can use as aquafaba. You can actually whip that liquid into meringue to use in vegan applications where you normally would use meringue.

SS: And it’s a great thing to do with beans because if you're going to roast chickpeas and you want them a little bit crispy, they need to be dry.

DS: Exactly. It gives you a jump-start on removing that moisture.

SS: What about rubber gloves?

DS: If you're using dishwasher gloves so you don't get your hands chapped in the wintertime, they have a nice texture to them. We found a really cool use for them is in removing corn silk. When you're shucking corn in the summertime, you want to remove as much of that corn silk as possible - and it's kind of pesky. You can basically run your hand down the silk on the cob that you're a holding with the rubber gloves and it just comes right off. Obviously, you want to use nice, clean ones for that. But if you have rubber gloves that have had their time and had their use, we actually have this awesome tip where you cut them crosswise to make these loops of rubber. You can use them as rubber bands and use them to tie sandwich bags up and stuff like that. They have a second life.

SS: What about sharpening knives? Do you have some ideas beyond a knife sharpener?

DS: Absolutely. This is one of my favorite tips that we've ever received and I use it anytime I go on vacation to an Air B&B or a rental. If you have ceramic mugs – which most rental places will have – turn them over there's a rough circle at the bottom where it hasn't been glazed. That is a fantastic surface for sharpening your knife. You want to hold the mug upside down with one hand, and then with your dominant hand holding your knife drag the blade across it pretty much the same way you would on a honing steel or a sharpening stone. Repeat on both sides with an even number of strokes and you'll actually see some buildup of metal dust on that ceramic. That tells you that it's taking metal off, that it's doing some sharpening. Just a few strokes on each side you can make a dull knife significantly sharper.

SS: I want to end with one of my favorite, which the writer Helen Rosner has made her mark on Twitter, with a good use for a blow dryer. You know where I'm going with this?

DS: I do know where you’re going with this. This was a really fun one. We talk a lot in Cook's Illustrated about getting poultry skin dry so that it can crisp and brown more readily in the oven. This person took it to the next level and used their hair dryer on a couple of chicken leg quarters. You can see the skin dry out significantly after just a few minutes of going back and forth with the hair dryer. Then she cooked it from there and got something noticeably crisper; it even cooked a little bit quicker. I think that's a really fun kind-of-out-there one.

SS: It is a really fun to let our minds and our creativity be free.

DS: Which is so important in the kitchen. I love that.