Excerpt from Knife by Tim Hayward: On the Cook's Knives 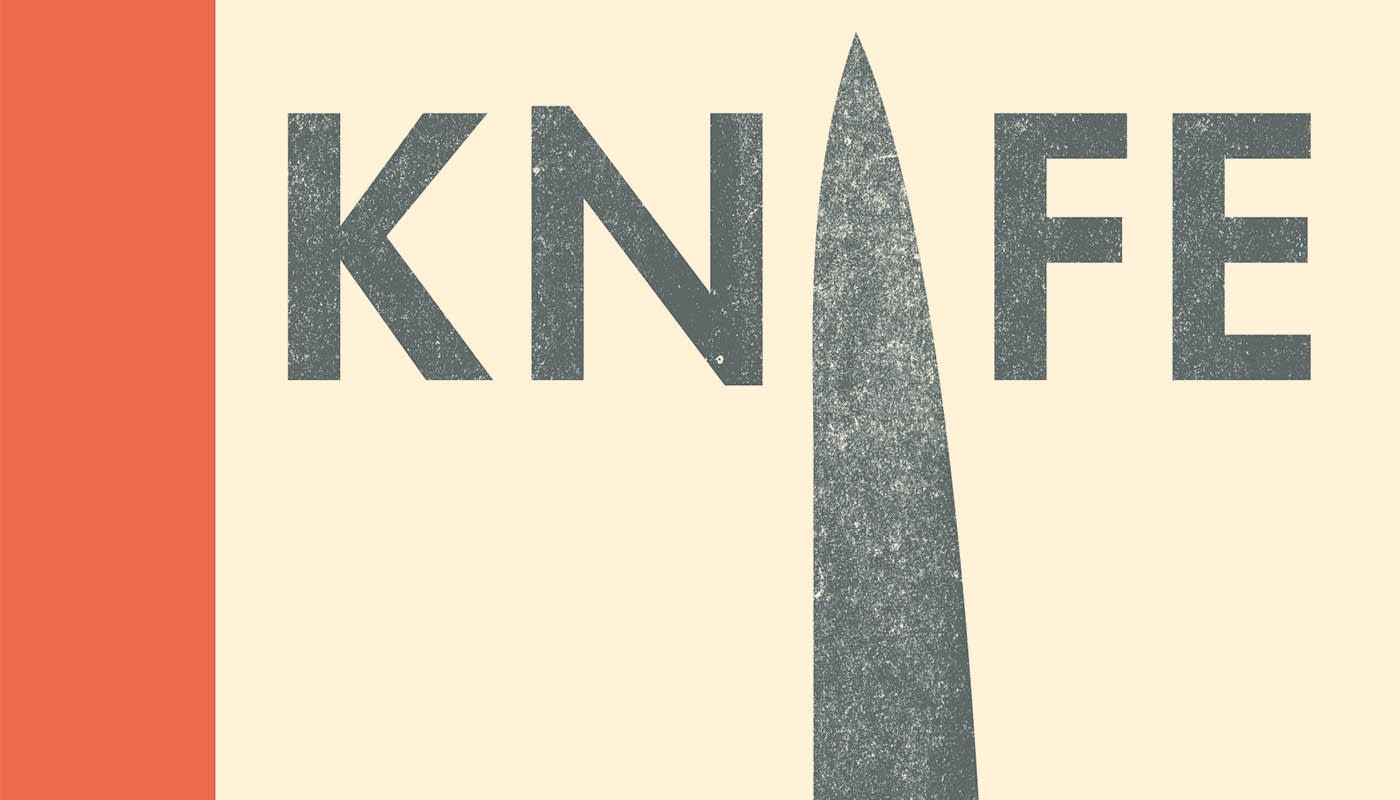 On The Cook’s Knives | Excerpted with permission from Knife by Tim Hayward, published by Quadrille April 2017.

IN A ROLL, A TOOLBOX, on a rack or stuffed in a drawer, your set of knives is more than the sum of its parts. They might have been inherited or quietly nicked from other cooks, complicated and expensive purchases may have been made, but however you come by your knives, your kit is in an active process of evolution. A useless knife is got rid of, a damaged one either rejected or coaxed back into productive life. You might sharpen them obsessively or feel a constant, nagging, low-grade guilt that you ‘really ought to get round to’ a spot of maintenance. As your skills develop, you’ll outgrow old favourites, aspire to new ones and eventually acquire them. No wonder people get obsessed about their roll… it’s a chillingly accurate snapshot of their character.

There always seems to be a master knife in the kit, the one that’s in your hand the most. The classic chef ’s knife, based on the time-honoured French pattern, is the master knife in our culinary tradition. This makes sense because most high-quality Western cooking – at least as far as it’s formally trained – is based on French. A modern chef could pick up Escoffier’s knife and use it easily, and he would, had he got his hands on one, have been very comfortable with the contemporary version.

The curved blade rocks to mince meat and herbs, the length enables slices to be cut from big slabs of protein, the handle sits high so knuckles clear the cutting board. Chefs pride themselves on being able to do almost anything they need in the kitchen with just the one knife. It’s perhaps unsurprising that buying a chef ’s knife is the first thing one does on self-defining as a serious cook. Sure, your mum had knives, you probably used one or two in grubby kitchens as a student, but the day you go out and intentionally drop £50 or more on a knife is the day you declare to the world that you’re not just someone who makes dinner, you’re now a cook.

Elizabeth David is often credited with relaunching serious cooking in the UK after the war and she saw the knife as key to taking cooking seriously. Though stainless-steel kitchen knives were available, she preferred the French provincial favourite, carbon steel – softer and easier to sharpen. Many older cooks still have a soft spot for the Davidian Sabatier with which they discovered garlic, olives and lemons – conveniently forgetting that the blade rusted like a bugger and turned the lemons black – and very few have survived the intervening sixty years of enthusiastic sharpening.

Today, the professional chef ’s knife is more likely to have been made in Germany than in France, with Wüsthof and Henckels the two main competitors in the field. They are so beautifully, so scientifically manufactured that notions of individual ‘craftsmanship’ seem strangely distant. Their efficiency is total, their finish so flawless that it seems impossible to imagine that a human was involved in their creation and that is, in a strange way, reassuring. Like some gleaming component of an aircraft I’m flying in, I kind of don’t want to believe that these knives were beaten into shape by a bloke with a hammer.

The secondary knives in the rack are the ones that do things the big knife can’t. Boning and filleting require thinner, more flexible blades and often there will be a knife designed for an altogether different type of cutting – the kind of ‘toward-the-thumb’ whittling that works so well on vegetables. There’s no way the 8-inch knife can be wielded that way: the deep throat that enables the knuckles to clear the chopping board puts the cutting edge in quite the wrong place.

The standard roll for a culinary student today will probably include the chef ’s knife, a boner, a flexible filleter, a paring knife and a turning knife.

Beyond this most cooks accumulate ‘special’ knives. Weird one-off specials that do one thing too well to ignore. Old-school classically trained pros will have a couple of melon ballers. These spoon-shaped cutters were routinely stolen from the pastry chef because they were so fast at coring tomatoes and cucumbers. I know one chef who keeps her grandfather’s pocket knife just for removing the eyes from potatoes. I’m a great fan of the devilled kidney so I keep a small pair of locking forceps and a 10a scalpel for efficiently whipping out the fibrous cores.

The last thing in the kit will be an old favourite. A knife that’s lived its life too well and too long and should really, by rights, have been retired years ago. But it’s hard… really hard... to say goodbye to a tool you’ve loved and used. A tool you’ve adapted to use, whose shape you’ve formed. One that’s given blameless and brilliant service.

There will always be that single old stager because, though all tools are about efficiency, function and fitness for purpose, knives have an extra emotional dimension. It’s the part that demands that we care for our knives and it’s the part that gives us a kind of ‘pride in the roll’.

MATERIALS: FORGED CROMOV STEEL WITH A ROCKWELL HARDNESS OF 56, POLYMER

THE WÜSTHOF DREIZACK CLASSIC 4584 RANGE are possibly the most desirable of all French-pattern kitchen knives. They’re wider than standard, making the knife heavier and giving just over an extra centimetre of clearance at the throat – good if you have big hands. Like most German manufacturers, Wüsthof favour a bolster design which makes a proper ‘pinch’ grip on the back of the blade more comfortable over a long day’s work.

The 8-inch is a gorgeously balanced knife and makes chopping a pleasure, but in skilled hands even the 10-inch – a monstrous great culinary ‘Excalibur’ – is as truly multi-purpose a tool as a cai dao. In a single shift a professional will use it for everything from chiffonading herbs, through boning a chicken and then back to brunoising carrots at high speed. The back (‘spine’) of the blade is used to crush herbs, the side to smash garlic to a pulp and the tip sharp enough for delicate surgical tasks like whipping out chicken oysters.

The curve of the blade is dictated by the rocking motion that’s key to the Western style of chopping – the point of the blade rarely leaves the board – but it’s noticeable that, as Japanese and Chinese knives have gained acceptance, Western chefs have begun to favour wider blades that enable a more ‘up-and-down’ chopping style.