Cheese tips for the home: storage, freezing, and saving rinds 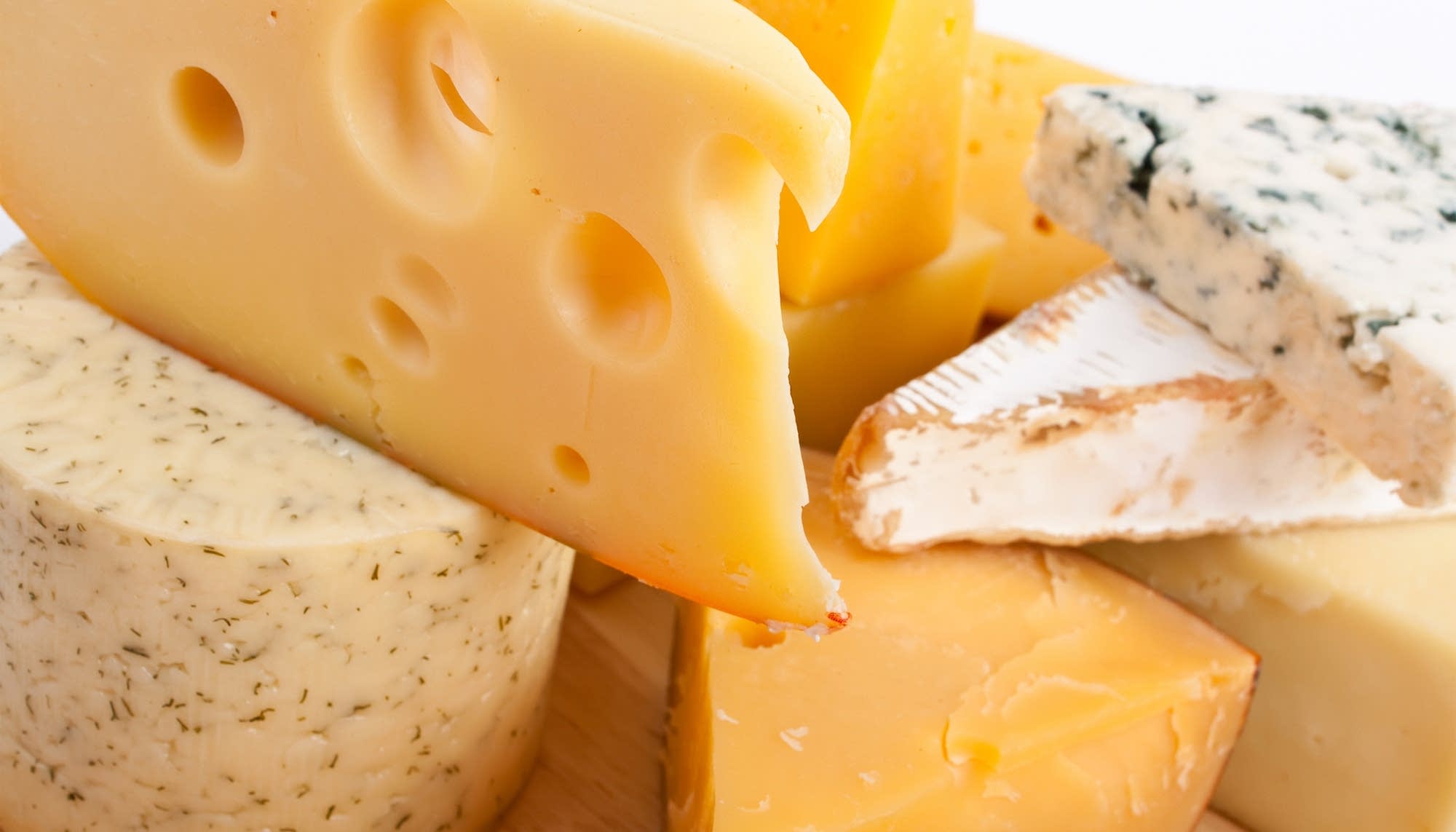 You've gone to the cheese shop or market and you invested in a great cheese. You’re back home, now what? How do you store it? Is that smell okay? Can you freeze it? America’s Test Kitchen has answers to these and many more cheese questions. Managing Producer Sally Swift talked with Jack Bishop, Chief Creative Officer at America’s Test Kitchen. He also shared the recipe for Frico, the crispy Italian cheese wafer.

Sally Swift: I want to talk today about the cheese and about how we should be handling our cheese at home. Let me just start at the very top: Is plastic wrap okay for cheese?

Jack Bishop: Not really. The paper that you get at a nice cheese shop actually does two things; it prevents the cheese from drying out quickly but also allows it to breathe. The cheese continues to live and the mold is doing its thing. Plastic wrap traps all that moisture on there, so you get the cheese going rotten faster and you can get moldy spots. At home, if you don't have cheese paper – which pretty much nobody does that – you can replicate it by using wax paper or parchment and then wrapping that loosely in aluminum foil. The two layers protect the cheese from drying out. At the same time, it allows it to breathe a little bit.

SS: That makes total sense. Why do some particularly expensive cheeses sometimes come with such a strong smell of ammonia when you unwrap them?

JB: I know now that you are wrapping your cheese in plastic, Sally. You’ve been caught! [laughs] This is really fascinating. With surface-ripened cheeses like a Brie or Camembert, that mold continues to interact with the milk proteins and produces flavor compounds, and they're getting trapped by the plastic. So, you get this hit of ammonia. Now if you unwrap the cheese, which you should be, and letting it sit out for an hour, it should dissipate. If you're still smelling ammonia an hour later after unwrapping the cheese, it's gone bad and you need to throw it out. That hit of something that's not very good will dissipate if let the cheese breathe a little bit before you eat it.

SS: I've been suffocating my cheeses; it's absolutely terrible. What about freezing cheese? Are there cheeses that you can freeze?

JB: I didn't believe it when we did this at America’s Test Kitchen because I was like, “You don't freeze cheese!” That's an anathema to a beautiful piece of cheese, right? But the reality is there are times where we're going away and we've got cheese that we want to protect. There are certain cheeses we found that freeze well: Camembert, Brie, goat cheese. You wrap them in plastic – in this case the plastic is okay – and then throw them into a zipper lock bag to freeze. You can then defrost them in the fridge. They're fine a month or two months later. The drier cheeses like a cheddar or Parmesan suffer a bit; the flavor is off and the texture really isn't the same. But, if you see a two-for-one special for Camembert, you can certainly freeze one of them and it will be fine for a couple months in your freezer.

JB: There are two things that I worry about. One is: What are you really buying? Is it the good stuff or is it a substitute? You can validate that based on what the market is and how comfortable you know that the people at the market. But the other issue is: When was a grated? This applies whether you're buying it at the supermarket or if you want to pre-grate the cheese at home and then throw it in the fridge. We found after one week you can taste the difference; everything is muted and the flavors are just not as good. And after two weeks it doesn't taste very good at all. If your supermarket is grating their Parmesan and it's been sitting there for a month, it's basically sawdust with a little bit of cheese flavor.

SS: Say we’re going to splurge and buy the queen of all cheeses, Parmigiano Reggiano. You see the pieces with the rind on it. Is there a best part of the wheel that you should be looking for – a piece from the middle or from the sides?

JB: I love this test we did where we took a whole big 80-pound wheel and geologists up in Greenland took core samples from different parts of the cheese, and it turns out the corner pieces are the best. The science here is fascinating. Think about it like a big turkey that cooks from the outside in and you're waiting and waiting for that big roasting turkey to heat up in the center while the outside is way overcooked. The aging process works the same way; it starts on the outside of the wheel. And aging is what makes Parmigiano so incredibly delicious. Those exterior portions, especially at corner, which you know is on the exterior of the cheese, gets more aging. You get more of those little crystals. They actually measured the crystals in core samples from the corner versus the center of the cheese and found twice as many of those little crystals – the thing that makes it so delicious in those exterior pieces. You definitely want the rind and if you see two rinds – that is, rind on two different sides – then you know that's the most aged part of the wheel.

SS: And, you can use those rinds, right? That is something that I do stash in my freezer.

JB: Yes. I'm so glad to hear that! Never throw out a rind from a nice Parmigiano. I'll throw it in a freezer bag and then put it in a pot of beans or minestrone soup. It adds so much flavor. I personally use them instead of commercial stocks, which I don't really love because of all the chemicals. If you just want to use water in a vegetable and bean soup, but feel like the water is going to be kind of bland, that rind adds flavor. It will soften up and release a lot of flavor. Then, of course, toss it out before you eat the soup; you don't want to eat it. But, it's delicious for that purpose.

SS: Is there a difference between using a rasp grater – the finer one – versus a box grater when you're measuring out a half a cup of grated cheese?

JB: I have spent way too much of my adult life thinking about how to write a recipe. But it's true. As have my colleagues. And one of the things we've noticed with the introduction of those rasp-style graters is that suddenly everybody's grated Parmesan or Asiago was a lot fluffier. In fact, an ounce of cheese grated on that rasp style grater probably is about a half a cup volume. That same ounce is only a quarter cup on a box grater. If you're measuring by volume, that is if you're using your cup to measure rather than your scale, you can either have half as much or twice as much cheese as you really want in the recipe. And so, it's a good reason to, yet again, use your scale whenever you can when you are in the kitchen.

SS: Okay, Jack, this is my last question. Pick your favorite cheese and how do you like to use it?

JB: Well, that's a little like asking me to pick my favorite children. I have two and I'm not doing that. [laughs] But how about I pick my favorite simple recipe and the cheese that you use for it? I love all things Italian. And in the northeast, in Friuli, they make frico, which is a thin, crispy wafer that has one ingredient: cheese. The local cheese is Montasio. You can also use an aged Asiago. You simply grate it and then you spread it out in a nonstick pan. Cook it until it’s brown on the first side, then slip a spatula underneath and brown it on the second side. Two, four, six minutes, depending on how hot your pan is. And, oh my heavens. You've cooked something, but it's still 100 percent cheese.

SS: And nothing better with a beautiful glass of wine. What a great idea.