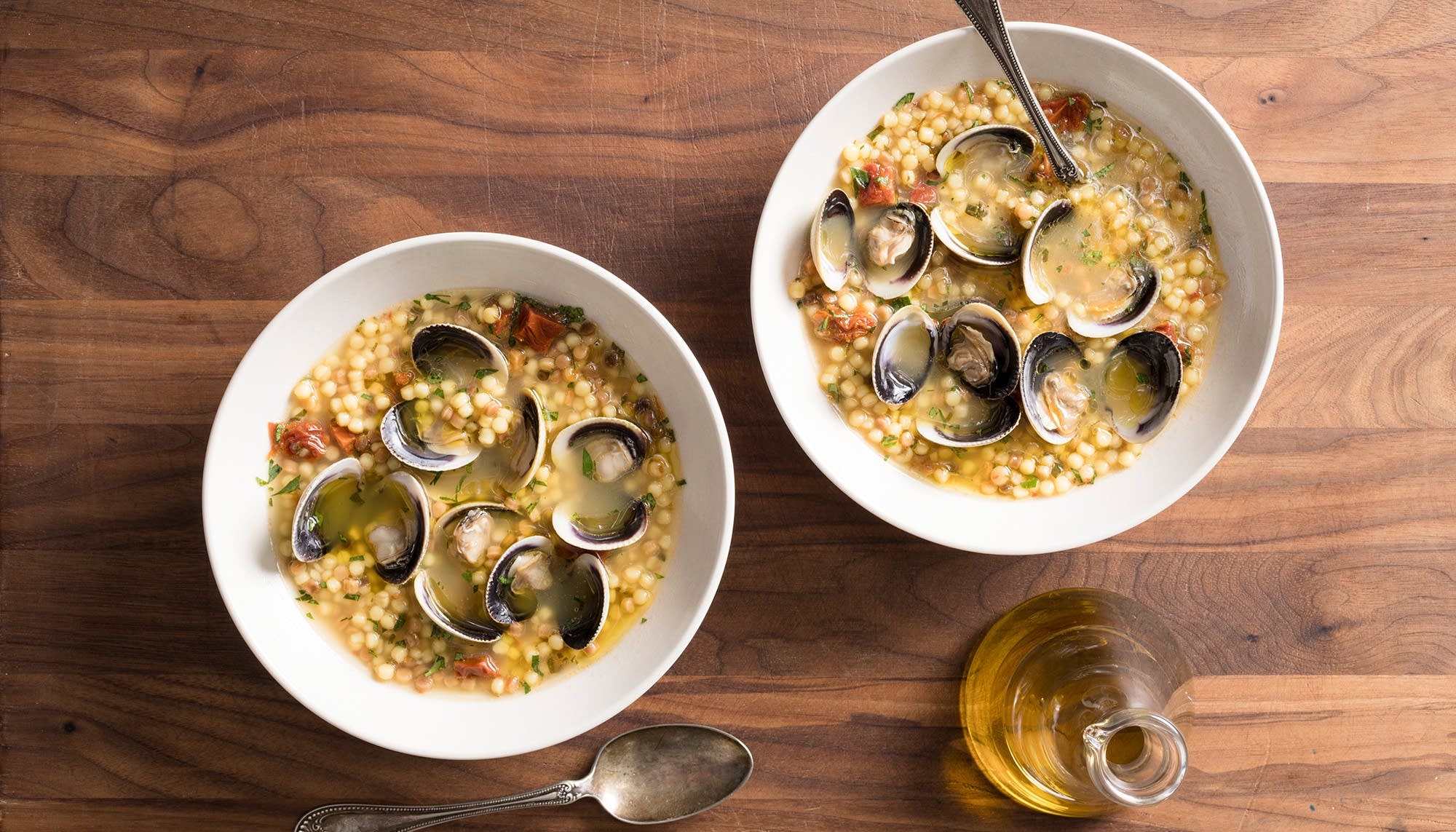 Fregula with Clams and Saffron Broth

This soup of pasta and clams is a Sardinian classic that’s all about simplicity. It relies chiefly on the flavor inherent in the soup’s two main ingredients: chewy, toasty spherical fregula, and arselle, the small, briny, succulent hard-shell clams found along the coast. Broth enriched with tomatoes (in various forms depending on the recipe), parsley, garlic, a touch of fragrant saffron, pepper flakes, and olive oil traditionally constitute the soup base. We cooked the pasta using the absorption method, right in our soup’s base of chicken broth and water; this way, the fregula soaked up the flavorful broth during cooking. As a substitute for the Sardinian arselle, which aren’t widely available in the United States, we landed on diminutive cockles. which are sweet and readily accessible. To cook the clams perfectly, we used our standard test kitchen method of steaming them in a shallow covered skillet and removing the clams as they opened. We chose sundried tomatoes, which are found in some traditional versions of this recipe, for our tomato product; given the soup’s quick cooking time, their deep, concentrated flavor was a bonus. A sprinkle of parsley and lemon zest contributed a bright finish to a dish that was simply satisfying. Cockles are traditional here and our preferred choice, but if unavailable, you can substitute small littleneck clams.

1 Heat oil in Dutch oven over medium heat until shimmering. Add garlic, pepper flakes, and saffron and cook until fragrant, about 30 seconds. Stir in broth, water, tomatoes, and 2 tablespoons parsley and bring to boil. Stir in fregula and cook, stirring often, until al dente.

3 Strain clam cooking liquid through fine-mesh strainer lined with coffee filter into pot, avoiding any gritty sediment that has settled on bottom of pan.

4  Stir in lemon zest and remaining 2 tablespoons parsley and season with salt and pepper to taste. Top individual portions with clams and drizzle with extra oil before serving.