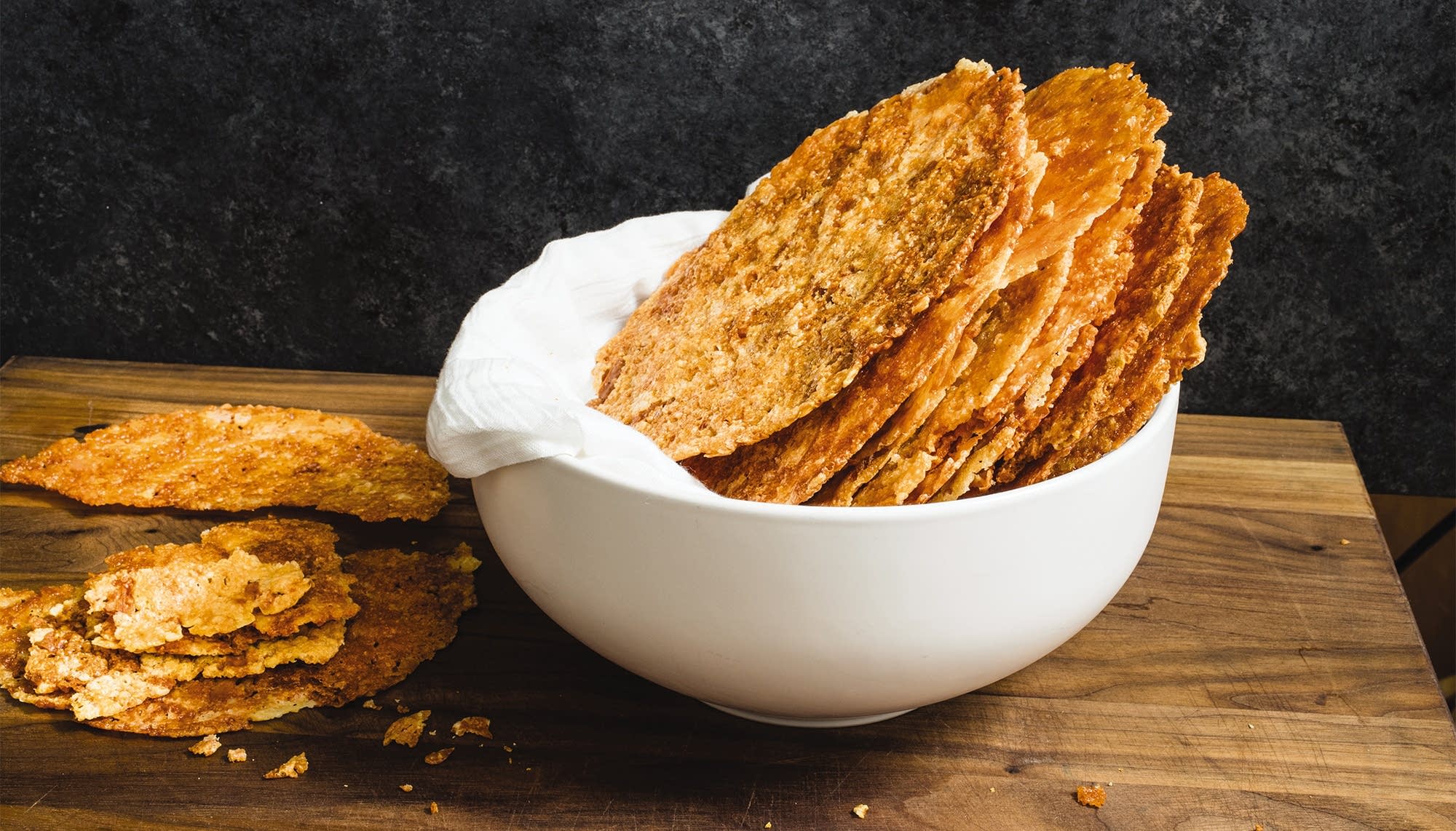 Frico friabile is a one-ingredient wonder and a delightful antipasto—especially alongside a glass of chilled white wine from the region. Nothing more than grated cheese which is melted and then browned to create a light, airy, crisp, and impressively sized wafer, this simple snack highlights the intense flavor of the cheese. But despite their simplicity, these wafers can turn out bitter, and too salty, without the crispness we preferred. Some recipes cook the cheese in butter or olive oil, but using a 10-inch nonstick skillet eliminated the need for any fat. To flip the round without it tearing or stretching, we removed the pan from the heat for several seconds to cool; allowing a few moments for the cheese wafer to set up made it easy to flip. Cooking the cheese at high heat caused it to brown too fast and become bitter, but at low heat it took too long and dried out. A combination of medium and medium-high heat was best. Serve frico with drinks and other antipasti bites such as olives and tomatoes. Montasio cheese is worth tracking down; if you can't find it, substitute Asiago.

Sprinkle 1/2 cup cheese over bottom of 10-inch nonstick skillet. Cook over medium-high heat, shaking skillet occasionally to ensure even distribution of cheese over bottom of skillet, until edges are lacy and toasted, about 4 minutes. As cheese begins to melt, use spatula to tidy lacy outer edges of cheese and prevent them from burning. Remove skillet from heat and allow cheese to set, about 30 seconds. Using fork and spatula, carefully flip cheese wafer over and return skillet to medium-high heat. Cook until second side is golden brown, about 2 minutes. Slide cheese wafer out of skillet onto plate. Repeat with remaining cheese. Serve.