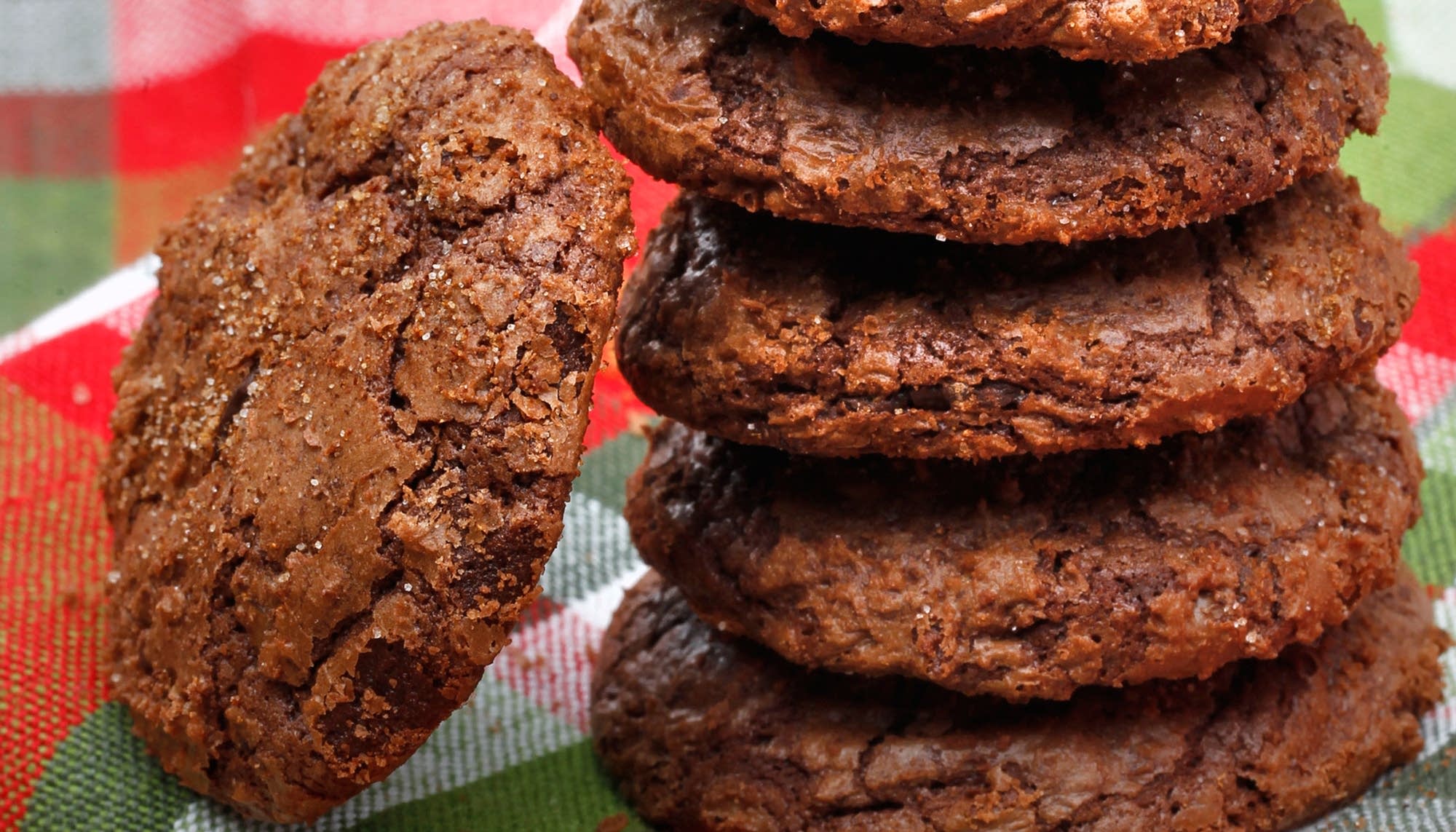 Michelle Clark’s minor obsession with a dark chocolate–chipotle truffle got her thinking: could it translate into a cookie? The St. Paul, Minnesota, resident kicked the idea around for a few weeks before formulating an unforgettable cookie. “It has fun with your tongue,” she said. “You take a bite and you get one flavor; then you chew and you get another flavor. It’s not just, ‘Here, have a sugar cookie.’” To those who may say that Clark’s unconventional entry doesn’t overtly shout “Happy Holidays,” she has a response. “Sure, it’s not your basic Santa cutout cookie,” she said. “But it has both chocolate and cinnamon, and those are both Christmas flavors to me. Besides, to have the scent of chocolate and cinnamon in the oven, well, what’s more Christmas than that?”

To prepare dusting: In a small bowl, whisk together the granulated sugar, cinnamon, and cayenne pepper, and reserve.

To prepare cookies: Preheat the oven to 350°F and line the baking sheets with parchment paper. In a double boiler over gently simmering water (or in a bowl in a microwave oven), melt the bittersweet chocolate, stirring until smooth. Remove from heat and cool for 10 minutes.

In a medium bowl, whisk together the flour, cocoa powder, baking powder, cayenne pepper, and salt, and reserve. In a bowl of an electric mixer on medium-high speed, beat the butter until creamy, about 1 minute. Add the granulated sugar and beat until light and fluffy, about 2 minutes. Add the eggs, one at a time, beating well after each addition. Continue to beat until the mixture is pale, light, and creamy, about 5 minutes. Reduce the speed to low, add the lukewarm melted chocolate and vanilla extract, and mix until just combined. Using a spatula, fold in the flour mixture, and then fold in the chopped cinnamon–chile chocolate bar and cinnamon chips.

Drop 1/4 cupfuls of the dough 2 inches apart onto the prepared baking sheets. Sprinkle a pinch of dusting mixture over each cookie, and bake until the tops are evenly cracked but the cookies are not yet firm to the touch, about 16 minutes. Remove the cookies from the oven and cool them completely on the baking sheets.