From René Redzepi – Fermentation, Inspiration and the Balance of Life
November 1, 2018

Video: René Redzepi and David Zilber on the exploration of fermentation at Noma 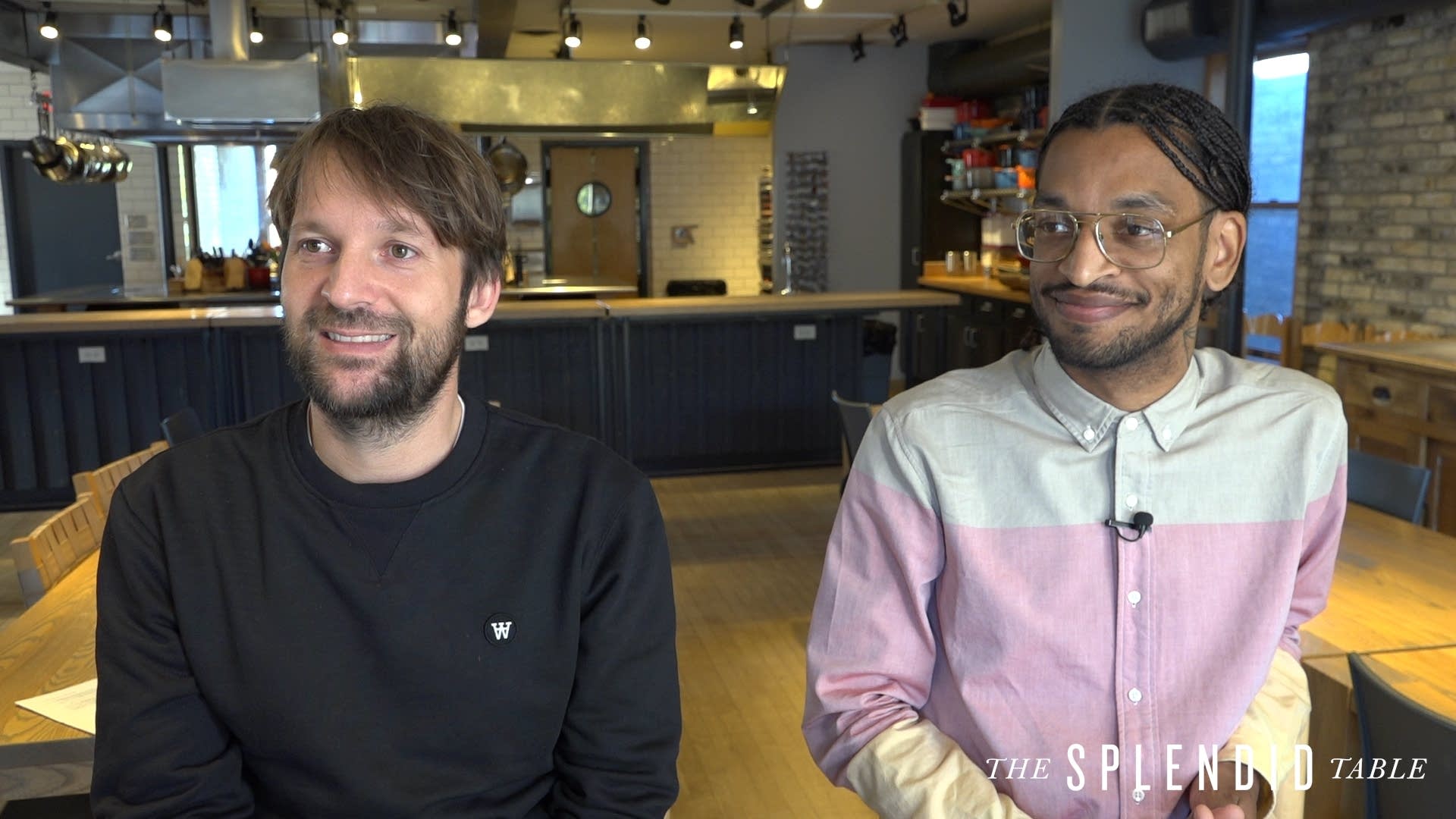 Chef René Redzepi, of the world renowned Noma restaurant in Denmark, was the featured guest on our recent episode. He talked with Francis Lam about fermentation, culinary inspiration, and striking a healthy work/life balance. Redzepi is the co-author of the new The Noma Guide to Fermentation; his co-author is David Zilber, the director of the fermentation lab at Noma. Digital producer Chip Walton did a video interview with Redzepi and Zilber during their book tour stop in the Twin Cities.

In the video clips below, Redzepi and Zilber go more in-depth about their exploration of fermentation at Noma, describing the process by which some experiments become elements of the restaurant's menu. Zilber takes us inside the fermentation lab to learn more about the very specific equipment found there and the work his team does. Redzepi and Zilber also share their suggestions for first projects for fermentation newcomers. They shared the recipes for Lacto Blueberries, Perry Vinegar and Roasted Chicken Wing Garum.

Big thanks to Karl Benson and his crew at Cooks of Crocus Hill for providing us the time and venue for the interview.

Redzepi and Zilber talk about their fermentation experiments at the restaurant.

Zilber describes the daily work in their restaurant fermentation lab and science bunker.

The Flavors of Fermentation

"It all started with a gooseberry," Redzepi says of the origin of his interest in fermentation at Noma. He and Zilber describe the full range of flavors that can be achieved by fermentation.

Here, Redzepi and Zilber talk more about the creative process, creating a postive atmopshere for failure, and allowing for the proper amount time for experimentation at the restaurant.

The Joy of Waiting

Redzepi describes fermentation as an analog process in a digital world. In this clip, he and Zilber talk about the joy of waiting and the virtue of patience as it relates to home fermentation.

Are you ready to try your hand at home fermentation? Good! Redzepi and Zilber suggest a few fermentation projects for first-time fermentors from their book, The Noma Guide to Fermentation. They shared the recipes for Lacto Blueberries, Perry Vinegar and Roasted Chicken Wing Garum.