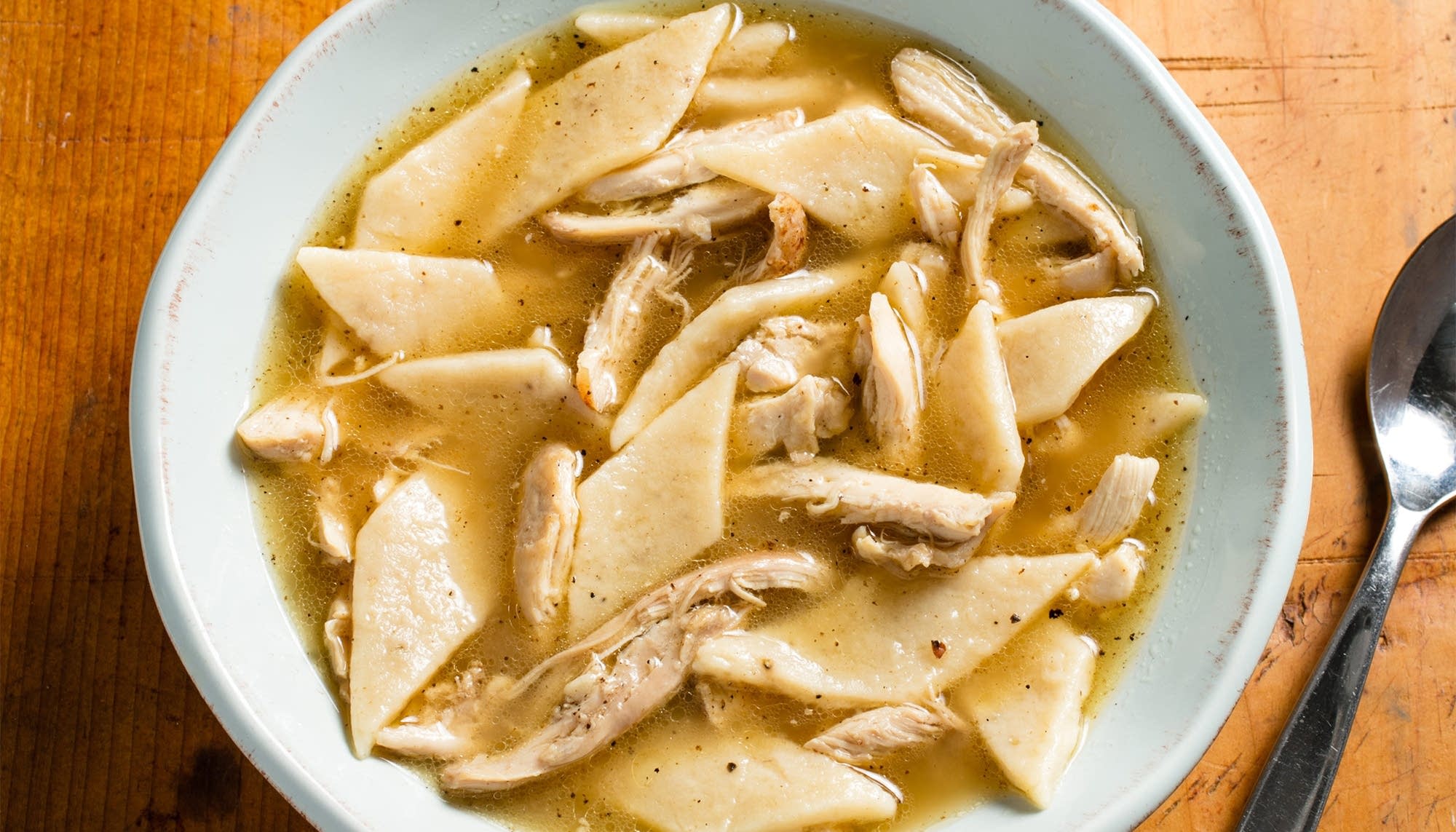 This hearty Southern take on chicken soup features tender shreds of chicken and chewy strips of pastry in an ultra savory stock. Browning the chicken before simmering it in store-bought chicken broth provided a flavorful base. We opted for chicken thighs rather than lean breasts because they stayed tender throughout the long stewing process. Rolling the “pastry”—which we made from just flour, butter, milk, and baking powder—to 1/8 inch thick before adding it to boiling broth made it fluffy and soft. And cutting the dough into diamond shapes rather than squares added just a little flair to this homey dish. Keep the root ends of the onion halves intact so the petals don’t separate during cooking and the onion is easy to remove from the pot.

[Ed. note: America's Test Kitchen's Elle Simone explains how this recipe was inspired by the legendary Edna Lewis during an interview with Managing Producer Sally Swift.]

3. Add broth and water, scraping up any browned bits. Nestle onion and celery into pot and bring to boil. Reduce heat to low, cover, and simmer for 25 minutes.

6. Stir chicken into stew and cook, uncovered, until warmed through and stew has thickened slightly, 2 to 4 minutes. Season with salt and pepper to taste. Serve.