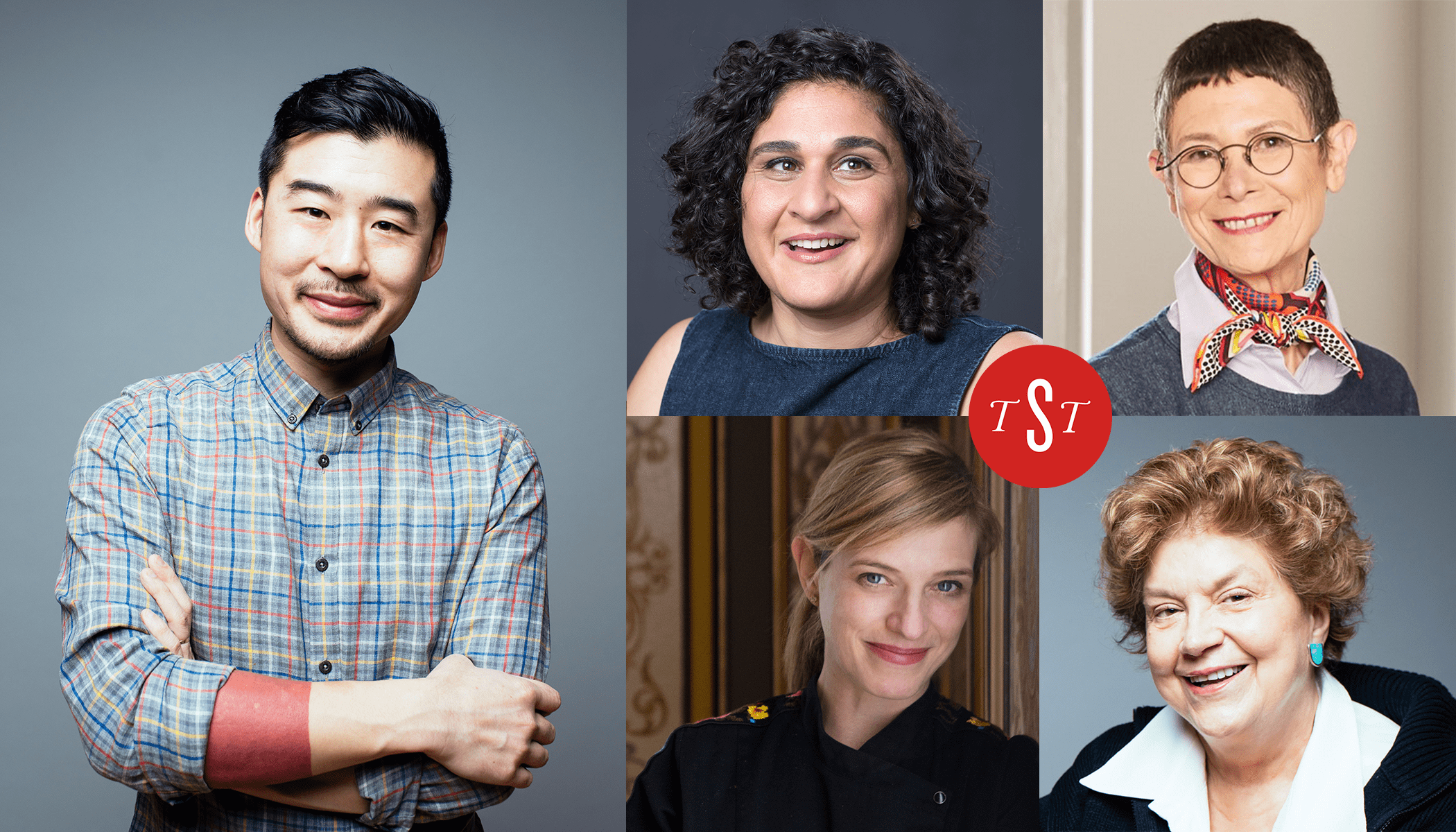 Here is a rundown of the topics and questions from the calls broken down by half-hour:

Turkey Confidential, The Splendid Table's annual live Thanksgiving call-in show, is Thanksgiving Day, Thursday, November 22, 12 PM-2 PM ET. Join us as host Francis Lam takes calls and comes to the rescue of Thanksgiving cooks, kitchen helpers, and dinner guests alike on the biggest cooking day of the year. While this is Francis's first year solo at the helm of the ship for Turkey Confidential, our dear friend Lynne Rossetto Kasper won't be far away; she'll join us by phone to tell us about her holiday happenings. Francis will also be joined by special guests Dorie Greenspan, Pati Jinich, and Samin Nosrat to talk about their favorite Thanksgiving dishes, memories, quick fixes, and answer your questions.

Have a question (or disaster story) to share with Francis and our guests? Submit it via our Contact Us form. You can also tell your Thanksgiving tale or ask a question at our Turkey Confidential 2018 Facebook event page, via Twitter, or call in during the live show to 1-800-242-2828.

Dorie Greenspan, a columnist for the New York Times Magazine, was inducted into the James Beard Who’s Who of Food & Beverage in America and has won five James Beard Awards and two Cookbook of the Year Awards from the International Association of Culinary Professionals. Her thirteen cookbooks include the just-published Everyday Dorie, Dorie’s Cookies and Baking Chez Moi, both New York Times bestsellers, Around My French Table and Baking: From My Home to Yours.  She lives in New York City; Westbrook, Connecticut; and Paris. You can find her at www.doriegreenspan.com

Born and raised in Mexico City, Pati Jinich is the James Beard Award winning host of the PBS Television series Pati's Mexican Table, on its seventh season nationwide. The trailer is available here. Pati is also resident chef at the Mexican Cultural Institute in Washington D.C. and author of two cookbooks, Pati’s Mexican Table: The Secrets of Real Mexican Home Cooking and Mexican Today: New and Rediscovered Recipes for the Contemporary Kitchen. Pati’s Mexican Table won the Imagen Award for Best Informational Program in 2016 and Best Reality Series in 2018. It has also been nominated by the Daytime Emmy’s for Best Culinary Series and Best TV Host. In addition to writing on her website, patijinich.com, she contributes to a wide array of print and online publications.

Samin Nosrat is a cook, teacher, and author of the James Beard Award-winning New York Times Bestseller Salt, Fat, Acid, Heat. She is an Eat columnist at The New York Times Magazine and the host and an executive producer of the Netflix original documentary series based on her book. Nosrat has been invited to speak about food, art, culture and cooking at venues as diverse as the Oakland Unified School District Nutrition Services, UC Berkeley, Yale University, SFMoMA, St. Mary's College, University of San Francisco, the Orange Institute, the Headlands Center for the Arts, the International Association of Culinary Professionals (IACP), and Artechef, the Cuban national cooking school. But mostly, she lives to cook and eat with friends, surf, sleep under the stars, read and write, and listen to good music.

Lynne Rossetto Kasper has won numerous awards as host of The Splendid Table, including two James Beard Foundation Awards (1998, 2008) for Best National Radio Show on Food, five Clarion Awards (2007, 2008, 2009, 2010, 2014) from Women in Communication, and a Gracie Allen Award in 2000 for Best Syndicated Talk Show. Lynne is a respected authority on food, having published multiple bestselling books: The Splendid Table; The Italian Country Table; a series of quarterly e-books, Eating In with Lynne Rossetto Kasper, as well as the best-selling The Splendid Table's How To Eat Supper, How To Eat Weekends and A Summertime Grilling Guide, which were co-authored with founding producer Sally Swift. The Splendid Table can be heard on more than 400 public radio stations nationwide.