From In Jacques Pépin's Kitchen
September 5, 2018 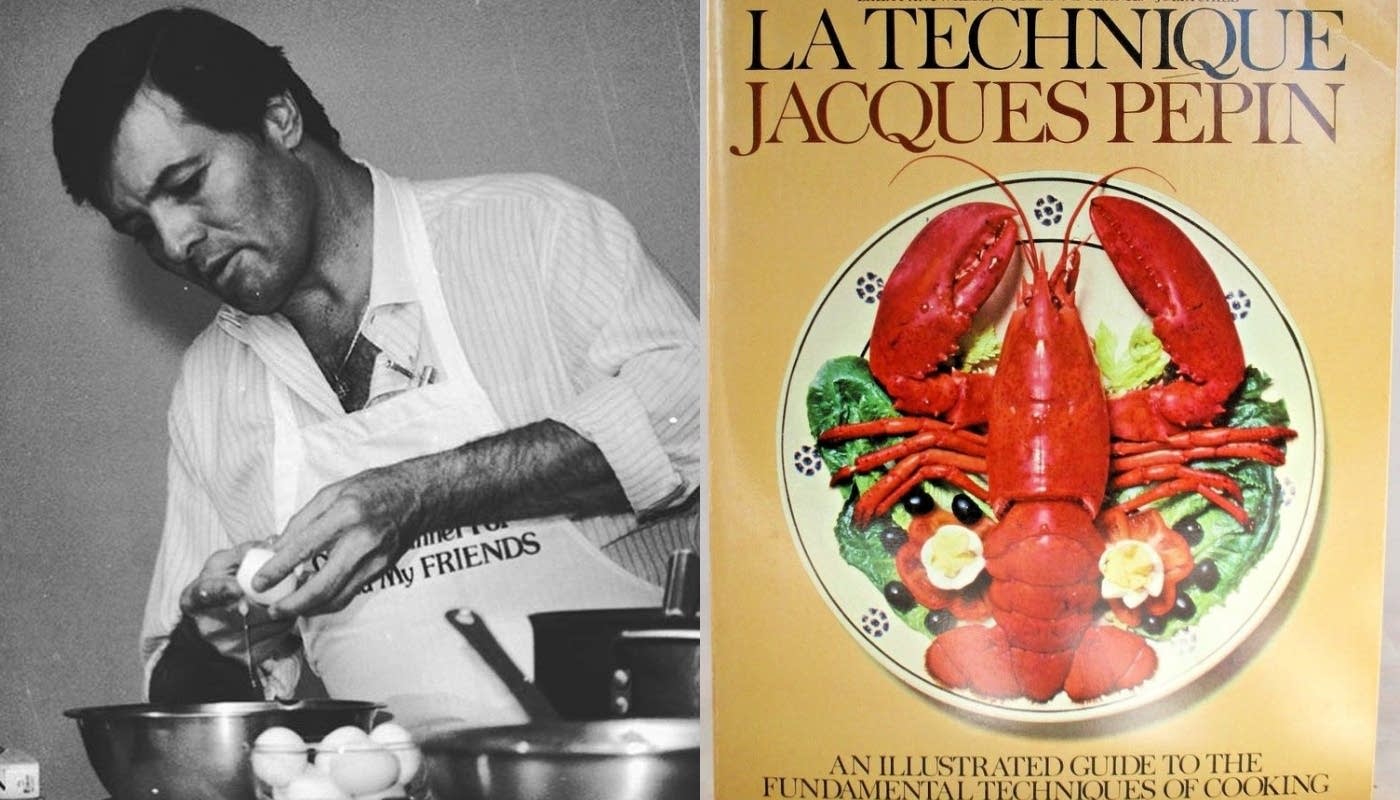 When Jacques Pépin’s seminal book La Technique came out in the 1970s, there was nothing like it. The book takes home cooks through the essential techniques and recipes of French cooking one step at a time, showing them not only what to do but how and why they are done. And it had pictures! - an innovative concept for its time. Manager Producer Sally Swift is a student of the book, as is Bridget Lancaster from America’s Test Kitchen. They got together to talk about Bridget’s memories of the book. You can try America’s Test Kitchen’s Pépin-inspired recipe for Cheese Soufflé at your home.

Sally Swift: We have spent this entire hour talking to Jacques Pépin, which was just a delight for us. He has been a model for so many culinary careers. Was he one for you?

Bridget Lancaster: He was definitely a model for me. Back in the 1980s I was watching a lot of public broadcasting cooking shows because they were the only cooking shows on the air. You had Julia Child, who I worshipped. We had Martin Yan and Justin Wilson. But I remember when Jacques Pépin came on. There was a show called Everyday Cooking, and all of a sudden there was this French guy on my television who was telling me not to necessarily follow a recipe but learn how to cook. And those are two very different things.

BL: Following a recipe you really are just following orders. Following a recipe takes some skill, definitely – don’t get me wrong. But once you learn about the ingredients and you know why things are happening, that's when you become not just a recipe follower, you become a cook. And that stuck with me. Especially because I didn't have any formal culinary school background. All of a sudden I felt like I had this little peek into what they were teaching chefs. Read the food, adjust the recipes based on whether a pear is ripe or not, and things like that. That's the magic that he provided.

SS: His book La Technique was a game changer for many people. Can you explain why that book is so different?

BL: La Technique was unlike any other cookbook that was put out there for the masses. It wasn’t really even a cookbook. La Technique, which came out in the 1970s, was so important to a lot of cooks and a lot of chefs as well. I was just a cook at that point. I was sort of going into culinary career; I didn't have a degree and I didn't have the means to get one. I was a big collector of cookbooks, magazines, anything. I found a copy of La Technique at a yard sale, and I really didn't know what I was looking at. I opened it up and it wasn't just full of these recipes that told me how to cook a recipe, you know a specific recipe that you serve and go on with your life.

This was really a game changer because it was the first time I had seen a book with step-by-step pictures. Instead of just saying 'carve a chicken,' there it was step-by-step so I could see what was going on. This predated my introduction to Cook's Illustrated. This was my culinary school. I glommed on to this book. I started practicing his techniques. I'll never be as good as him when it comes to those knife skills though. Have you ever Googled ‘Jacques Pépin knife skills?’ [Ed. Note: Let us Google that for you.]

BL: Well, just plan a weekend to do that.

SS: Everyone's going to be Googling this this weekend. Are there specific things you learned from specific recipes of his?

BL: Definitely. The thing about Jacques Pépin for me is French cuisine. Up to that point, for me, French food was something that you would go to a fine fancy restaurant for. You’d save all your pennies, feel uncomfortable, and you get tiny amounts of food. Jacques Pépin taught me that his favorite types of French cuisine were French comfort foods, and a lot of them were based on what his mother taught him. I think that's why one of my favorite recipes from him was a crème caramel, which was family-sized. Of course, I say family-sized, but I can still eat the whole thing myself. [laughs]

What I loved about this recipe were his little notes that he wrote to help the cook along the way – little hints and visual cues. Or he’d say if this happens, do this. So, even though it was a recipe, he was still trying to teach me because I was reading it to learn the food, not the recipe. Think about a crème caramel; what do you have to do there? You have to learn how to make caramel, which is scary for a lot of people. You also have to learn how to make a custard. I remember the family-style custard and I still make it. There was a note in there that described the temperature you were looking for; you were cooking the custard towards 180 degrees for a crème caramel, but if it went over 180 degrees you now have a crème brûlée. In that instance, in my mind I know I've had crème caramel and I've had crème brûlée. I know that the creme brûlée is denser. So, it was a temperature thing, and that was a learning point for me.

I could watch him make a soufflé of any kind. I especially love his cheese soufflé with spinach, ham, and Gruyier. Again, it was all about these simple techniques. You have spinach, which is full of water. A lot of people would just throw spinach into a soufflé or scrambled eggs or anything like that. He's telling me to cook the spinach and then drain it so I can get rid of the excess water before I add it to the actual dish. He provides the reader, the cook, with all these steps of success that are built-in to the recipe. And I think that's why he is such a prized chef even today. Not only restaurant chefs but for home cooks.

SS: What a wonderful teacher he has been. There is no doubt about it. Lovely to talk to you, Bridget.

BL: You too. Thanks.