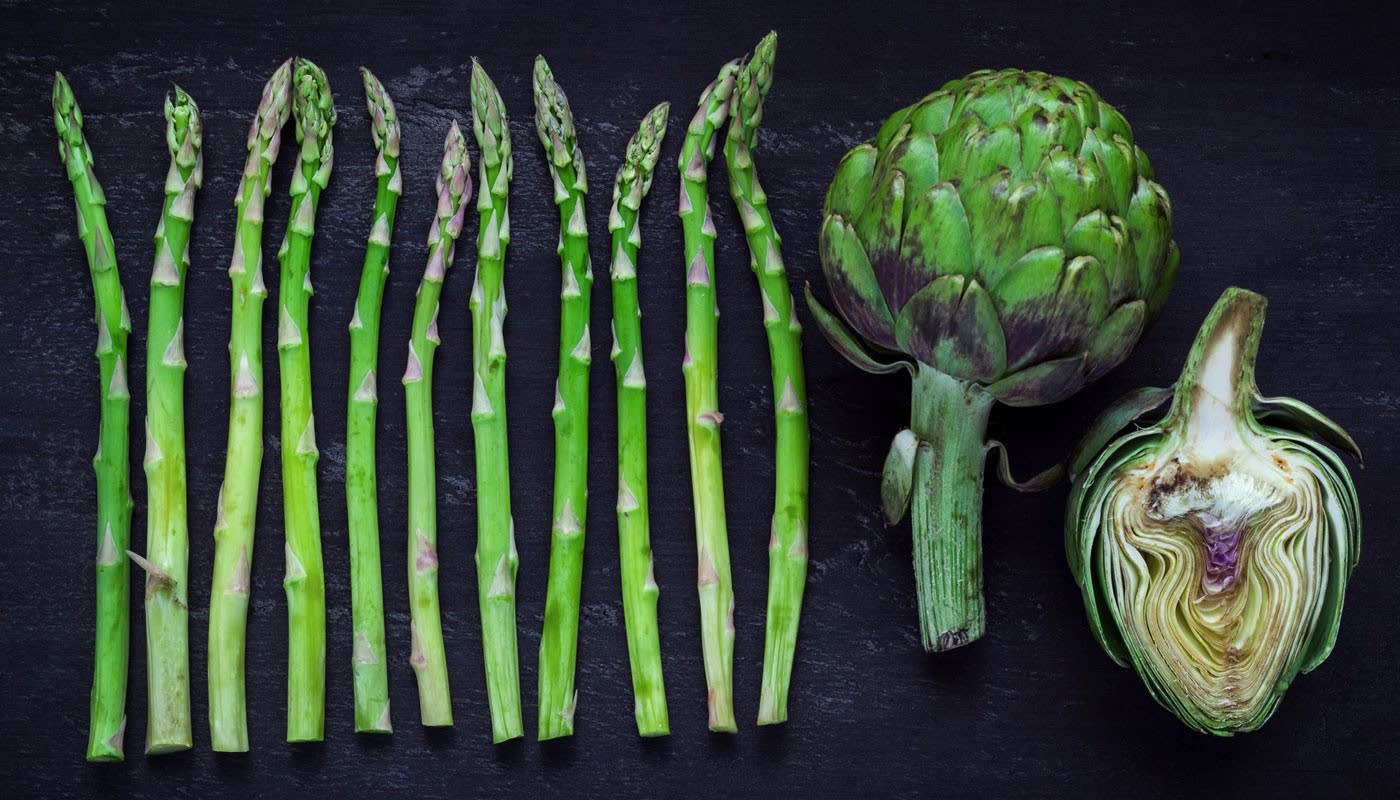 Nothing says "fresh" like the flavor of spring vegetables that we're starting to see pop up now in markets and stores: asparagus, radishes, avocado, artichokes and spring greens. For many people, the go-to cooking method for these veggies is to steam or sauté them. But how about braising or roasting them? Ashley Moore is Senior Editor for Cook’s Country magazine and test cook for the Cook's Country television show. She says the idea of cooking the vegetables either low and slow or by blasting them with high heat may seem shocking, but the result is magnificent. Moore talked with Managing Producer Sally Swift about it. She also shared a recipe for Braised Spring Vegetables, a perfect way to showcase a trifecta of spring vegetables: radishes, asparagus, and peas.

Sally Swift: We have been charring vegetables over the last couple of years, which has been great and changed the career of broccoli and cauliflower. But as spring arrives, and all these beautiful tender things are coming to market – radishes, asparagus, chives – I’m wondering if you have another approach we can try?

Ashley Moore: We absolutely do. And it’s a surprising one: braising spring vegetables.

AM: Yes. All winter long, we’ve been cooking stews with tougher cuts of meat. And you don’t think of braising vegetables.

SS: What does braising do for vegetables?

AM: It cooks them gently, low and slow, and helps to tenderize these beautiful delicate vegetables. It also cooks them evenly at the same rate.

SS: Give me an idea of something I can try.

AM: OK. You have to try our recipe for braised spring vegetables. Essentially, what you’re doing is making a flavorful braising liquid. Ours has a good amount of extra virgin olive oil, some shallots, red pepper flakes, and thyme sprigs. There’s orange zest and lemon zest in there too. It’s a super floral, beautiful braising liquid. A broth, if you will.

You’ll want to stagger the cooking, meaning stagger the vegetables. Because some are delicate and others are heartier, they cook at different rates. For this recipe, we have a combination of asparagus, radishes, and peas. Obviously, peas are delicate, and we know that asparagus is a little bit more hearty. But, then we have radishes and those are the heartiest of the three. So, we’re going to cook those first. Radishes cook for a few minutes, until nice and tender and can easily be pierced with the tip of the paring knife. Then, in the Dutch oven, you add some asparagus, which is cut into smaller pieces. You’re not going to be dealing with big, long asparagus spears here.

SS: You’re essentially cutting them the same size as the radishes?

AM: Exactly. They’re a little bit bigger, but you want everything to be cooking uniformly, cooking at the same rate. You finish the recipe by adding frozen peas to the Dutch oven, just taken off heat. They sit in there with the rest of the vegetables and gently cook for a few minutes until heated through. And that’s it; the recipe is done. Before you eat, you’re going to season it with salt and pepper and stir in a good amount of chopped fresh tarragon, just to bring in that extra floral, bright, fresh spring flavor.

SS: I can just smell that with the orange zest.

AM: They absolutely are.

SS: And beautiful in this recipe, I bet.

AM: Yes, they are a gorgeous fuchsia-pink color. They’re just breathtaking.

SS: Perfect. The other spring vegetable that a lot of people work with at this time of year is artichoke. And I think everyone braises them or steams them. Do you have another approach?

AM: We do. We roast artichokes. When you steam or boil artichokes, a lot of that flavor is in the water, as opposed to inside the artichoke. And you’re going to pour that water down the drain. Instead, roasting artichokes brings out all that flavor and keeps it in the artichoke. The way you do it is to heat your oven to 475 degrees – that’s hot.

AM: Absolutely. Take trimmed artichokes and cook them for about 25 to 30 minutes, until they’re super tender. The best thing about artichokes is that they have different textures. You’ve got the stem, which gets soft and buttery. You’ve got the heart, which is the most amazing thing in the world. Then you’ve got the leaves and all the goodness of the flesh on those leaves that you get to drag your teeth along and scrape into your mouth. There’s nothing better than a well-cooked artichoke.

SS: I never would have roasted them; that’s a great idea. And they get crusty and brown at that temperature?

AM: Yes, you get that beautiful chestnut brown color from roasting and the caramelization of everything. It’s such a great way to cook them.

AM: Braising and blasting.