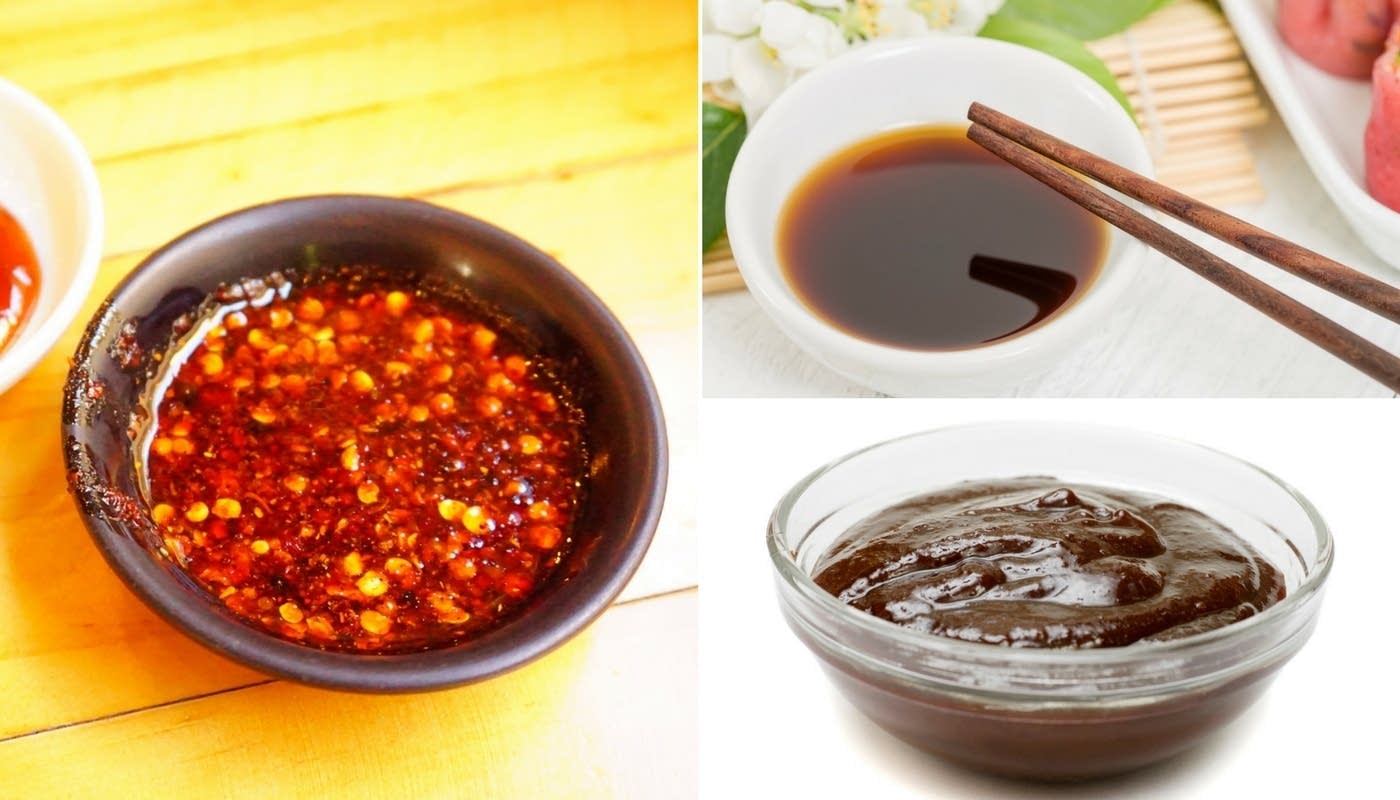 Asian cuisine has many standout sauces. They come all in all forms: sweet, savory, smoky and spicy. Dan Souza, Editor-in-Chief of Cook's Illustrated for America's Test Kitchen, talks with our Managing Producer Sally Swift about the importance of three sauces that are essential to Asian cooking: oyster sauce, fish sauce, and hoisin sauce. They discuss how the sauces are made and used in the kitchen, and the winner of each sauce category in a recent taste test. Dan also shared a recipe with us for a Vegan Fish Sauce. You can also use your favorite oyster, fish or hoisin sauce on one (or more) of the many recipes we've linked below the interview.

Sally Swift: A couple of weeks ago, we did a show on oysters. We talked to Chef Brandon Jew, in San Francisco, who makes his own oyster sauce, which was a crazy idea. I'm sure it's delicious, but man, it is involved. So, I wanted to talk to you about a great you did on classic Asian sauces. The first is oyster sauce. Can you talk to me about how you guys evaluated it, and which ones you decided you liked?

Dan Souza: Absolutely. The way we do all of our tastings and testings with Cook's Illustrated and America's Test Kitchen is we try them starting really simply. We try them plain, all blind, so we don't know what we're tasting. Then we add complexity to it. We'll try them in a couple of cooked dishes as well. We followed that same protocol with oyster sauce. Oyster sauce – it’s also called oyster-flavored sauce – is a mixture of a reduction of boiled oysters, or oyster extract, along with assorted seasonings, some sugar, and spices. What we're looking for is that rich umami flavor that we get from oyster sauce. Umami is that savory sense that we get from things like soy sauce, parmesan cheese, and tomatoes; it’s really a backbone of oyster sauce.

SS: Just for people who may not know what it is: if you eat beef with broccoli, you're having oyster sauce, essentially.

DS: Absolutely. Or Kung Pao spicy Szechuan noodles. There’s a ton of dishes that use oyster sauce. What's really great about oyster sauce and a lot of these fermented Asian sauces is a little bit goes a long way. It quickly adds a ton of flavor. So, you're not cooking a stew for hours; instead, whip up a meat sauce with a lot of these ingredients in it in 10 or 20 minutes. They have a ton of flexibility.

SS: What did you guys decide was a great oyster sauce?

DS: You want to look for a brand that contains only oyster extractives and seasonings. Our favorite ended up being Lee Kum Kee's Premium Oyster Flavored Sauce.

DS: Absolutely. We always test products that are available across the country. This one really rose to the top.

SS: Let's move on to fish sauce, which is another, I would say, essential Asian sauce. What should we be looking for when we buy fish sauce?

DS: Fish sauce is so good because it is super rich in umami. It’s also incredibly high in the glutamates that are the backbone of umami. It’s made simply, with tiny anchovies that are left to ferment with a bunch of salt over a long period of time. Over months and months, all their proteins break down into savory amino acids – like glutamate. What you basically do is rack that liquid off the solids, and you've got this brown liquid that is more meat-y tasting than it is fishy when you get right down to it. But heating it and cooking it can vaporize some of the fishier qualities. I think a lot of people who have a bad experience it, it's because they add it to a hot skillet and it becomes volatile and your kitchen smells like fish. But using it towards the end of cooking or in cold applications brings an incredible amount of rich meatiness to dishes. When you add it in small amounts, fish sauce is good in things that you wouldn't associate with it, like a little bit in a tomato sauce, or Western dishes where you're looking for that oomph. There's tons of glutamate-rich food that we use in Western cooking, like sun-dried tomatoes and parmesan cheese, but this is another one that you can add in.

We tested a lot of brands, and what we found was the higher the protein content – especially the nitrogen content in the sauce – meant that it was more savory. Our winner was Red Boat 40° North Fish Sauce. It's made with only anchovies and sea salt. It's cold-pressed; they call it almost like an “extra virgin fish sauce.” The flavor is clean, super meaty, it contains more protein than any of the other fish sauces that we tried.

SS: What was your runner up to Red Boat?

DS: Our runner up, which you can find anywhere, is Thai Kitchen Premium Fish Sauce. It was also nice and meaty.

SS: What about the vegan fish sauces? Have you tasted any?

DS: There are some out there now. When we were working on a number of vegan recipes, we came up with our own vegan alternative; we have a quick little recipe on how to do it using dried shiitake mushrooms. Take a quarter-ounce of mushrooms with three cups of water, three tablespoons of salt and two tablespoons of soy sauce, and simmer it over medium heat until it's reduced by about half.  Strain it, cool it, and you can refrigerate it. It lasts for at least a month. It's not the exact same thing as fish sauce, but it's totally vegan and it adds a ton of richness. You can use it in the same way.

SS: Moving on to the third sauce, which is hoisin. Will you explain what that is?

DS: Hoisin is based off soybeans in the same way that soy sauce is; they're fermented soybeans. It's finished with a number of different flavors. Sugar and vinegar are key components. It usually has quite a bit of sweetness to it and a bit of acidity to balance. Often, you find garlic and chilies in small quantities. This is a rich, malty, meaty, slightly sweet sauce and it works in a ton of different dishes. It's the basis for a lot of stir fry, it's the star in moo shu pork. Our tasting bore out the fact that no two hoisin sauces are alike; there's a fair amount of variation between brands. We wanted something that had a balanced flavor – so it's meaty, a slightly sweet, with a bit of acidity – and we liked a smooth consistency as opposed to some of the coarser ones. We ended up crowning Kikkoman Hoisin Sauce our winner.

SS: You write that there should be some heat in hoisin, which I thought was interesting because I don't think we taste it that often in hoisin sauce.

DS: That's true. If it's in a dish with a lot of complexity and a lot of other spicy ingredients, you probably wouldn't really notice that. But on its own, there should be a little bit of heat to cut some of that sweetness and the richness of the sauce.

SS: These sauces are great. What a great round up. Dan, thanks so much.

DS: You're so welcome. Thanks for having me.

Use your newfound knowledge of and appreciation for fish, oyster and hoisin sauces in these recipes.