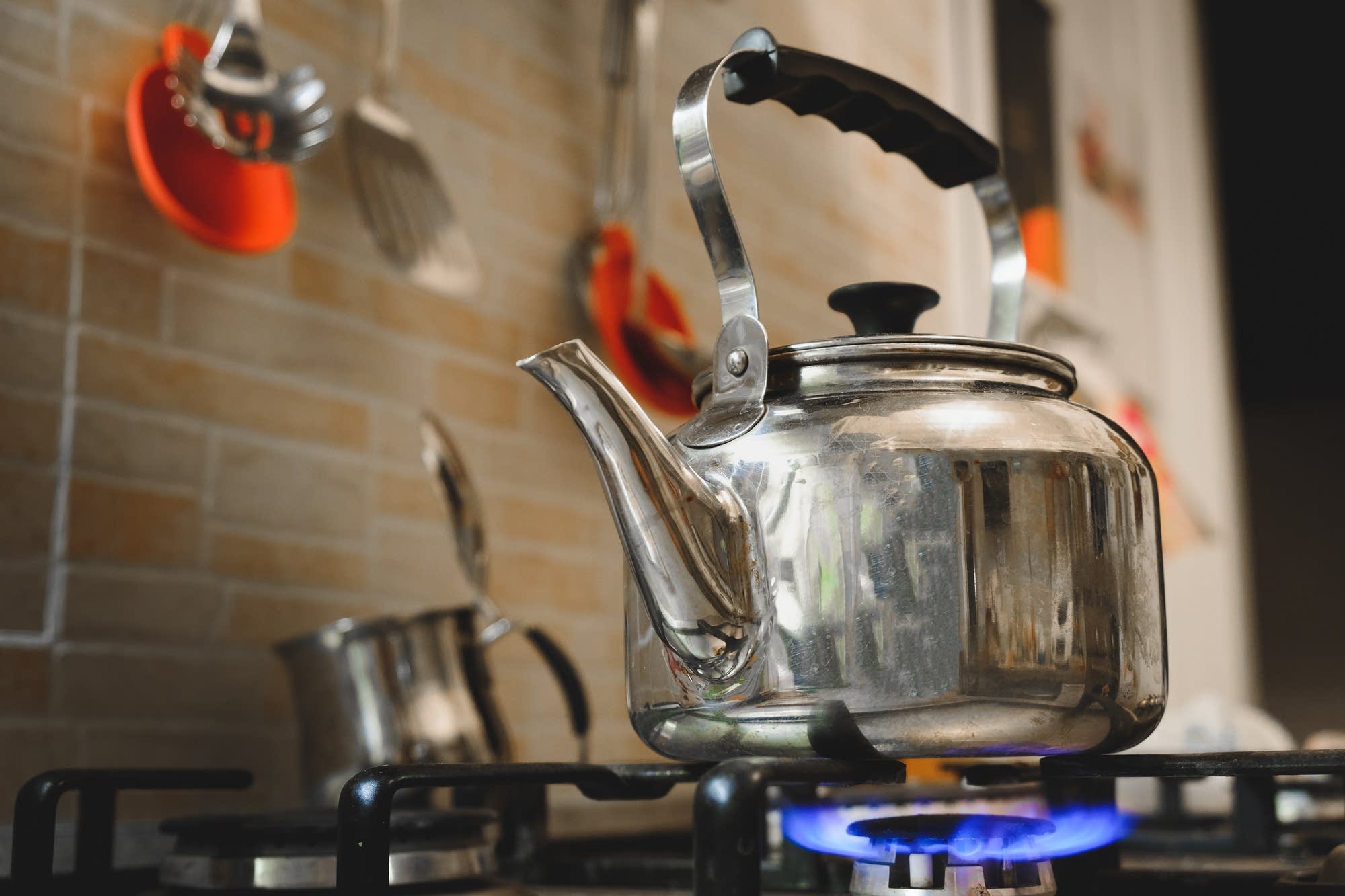 When you think of essential kitchen equipment, you most likely think of pots and pans, knives, cutting boards, and the like. But what about the tea kettle? Chances are that you use yours a lot, but when is the last time you replaced it? When looking for a new tea kettle there are a lot of things to consider. Managing Producer Sally Swift turned to Lisa McManus, the equipment review guru at America's Test Kitchen, to learn about her recent kitchen test of stovetop tea kettles.

Sally Swift: I have been replacing a bunch of my equipment because I changed my stove. I've been fine with most of my changes. But you know what's been really hard for me? A tea kettle. And it occurs to me there is a lot to consider when you buy it tea kettle. Have you guys evaluated them?

Lisa McManus: Yes we did. I've looked at stovetop kettles. And for something so simple, there are many parts of it that can go wrong. They can be very heavy. They can be very fragile. They can pour badly. They can burn you and spout steam at you while you're trying to pour. It's amazing how many different models there are, the different materials, sizes, and prices. I think most people buy the one they think is cute and then suffer.

SS: What do we need to think about when we're looking for one?

LM: You want to make sure it has a lot of capacity. You don't have to boil two rounds of water to fill one normal sized teapot. We looked at ones that were at least one quart and bigger.

But, you also have to look at the weight. If it's really heavy with nothing in it and then you add water, you're going to have to lift that boiling water and hold it up while pouring. If it's wobbling around, it's going to be dangerous, uncomfortable, and messy.

Filling it is really important. A lot of them have tiny openings and they're black inside, so you can't see how far the water has come. You're trying to get the faucet under there to fill it -- not too much and not too little -- and some of them do not help you at all.

SS: I hadn't thought about that, but of course you can't see what you're filling up.

LM: On some of them the handle will flop over to one side and let you get right in there. But we had one with a fixed handle in an arched shape and a very tight little lid underneath. You'd have to pull and pull and pull and then -- boom! -- you'd knock your knuckles. And then you had to get your faucet under there. It is jet black enamel inside, so you can't see. You find yourself sticking your finger in there to figure out if it's too high.

SS: They're also a strange piece of equipment because they're on the stove all the time, so they get really grungy and are hard to clean.

LM: Everyone who comes in your kitchen sees it; what it looks like is important. We did some things where we sprayed them with oil and then heated them up. We banged them with a spoon to see if they dented. We dropped them from a couple inches above the counter a bunch of times. I really tried to abuse them. Some of them were dented, greasy, and hard to clean; others cleaned up and looked pretty good.

LM: I like the ones that give you an option. I know some people who will walk away and leave the thing boiling. It can boil dry, and that's very dangerous and probably destroys the kettle. But what if you get up early and don't want to wake everybody up? For that, I like ones where you can disable the whistle. Also, you likely want one that has a whistle that you can actually hear from the next room. Some of them whistle very softly to themselves. What is that? You need a good definitive whistle!

LM: We definitely liked one that met all of our criteria - the OXO Good Grips Classic Tea Kettle. It had a nice, big capacity, but was lightweight. It had a brushed stainless steel finish, so it doesn't show a lot of fingerprints or anything. It's light and shiny inside, so you can see when you filled it enough. It poured very neatly without a lot of splashing -- even when it was full. It has a handle that doesn't get hot and a whistle you can disable, plus a nice big opening for filling. Everything OXO makes isn't perfect. But oftentimes when you actually think about the function and the day-to-day use of a product, you would make changes to a lot of products that are out there; I think they pay attention to that, which is helpful.

SS: Did you evaluate any glass kettles?

LM: I did. I looked at one the Madelco 12-Cup Glass Stovetop Whistling Kettle. It's very classic; your grandma probably had one. It looks like one of those old-school round glass coffee pots with the little black plastic handle and a spout. The problem with that is it's so fussy and delicate. There were lots of warnings about not doing this or that, and you had to boil it only on low. One of the things we did learn was that you want to match the size of the kettle to the burner -- this is really important. They didn't want any heat coming up around the sides. You had to worry about it being set down on cold surfaces because of thermal shock. We don't need that; it's too much babysitting. This is something that's supposed to be comforting for you -- making you a cup of tea, not the other way around.