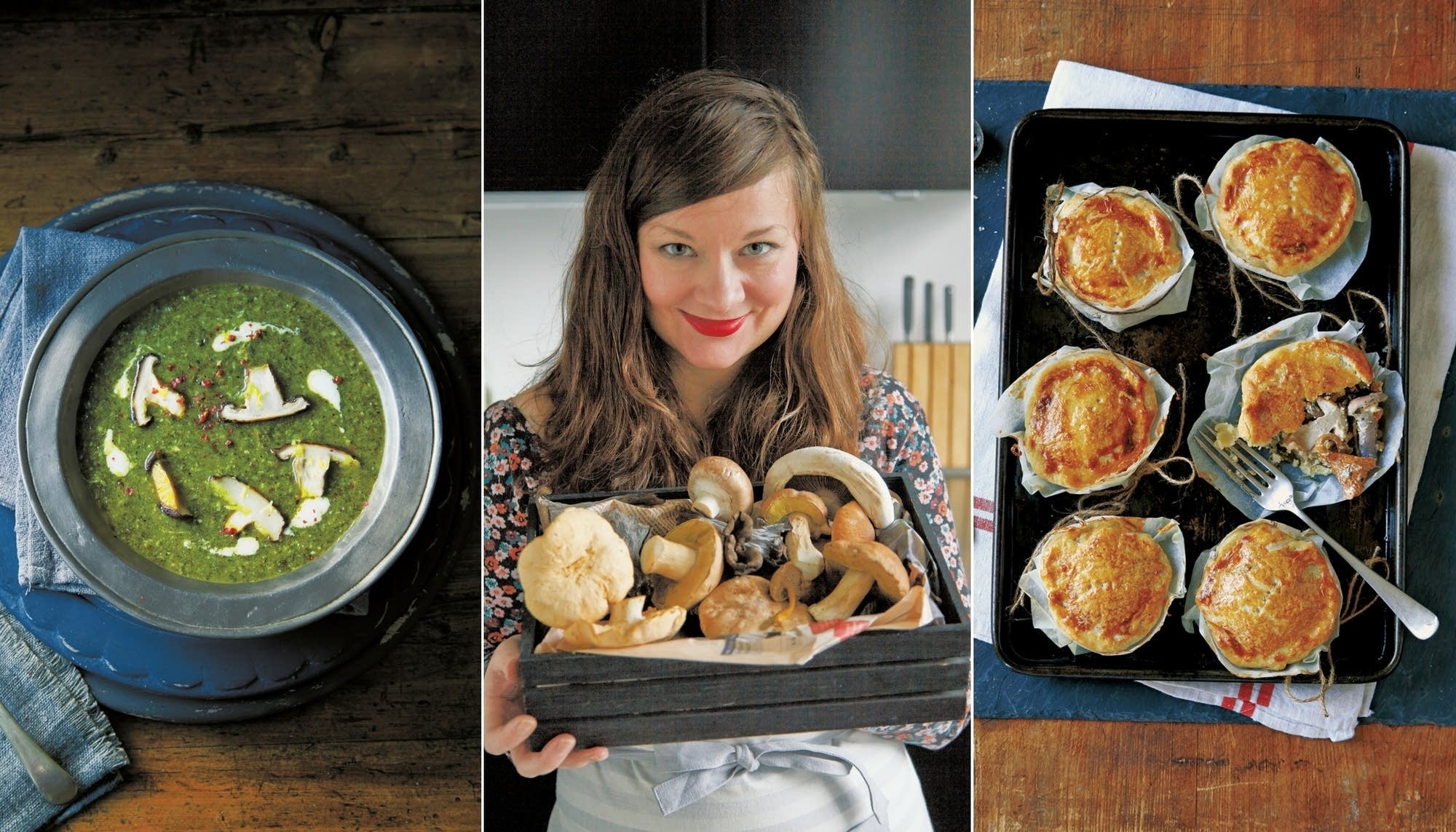 How many times have you heard a mushroom described as “meaty?” It's true that mushrooms, such as portobellos, are juicy, have a bit of chew, and reveal a world of umami. But Liz O'Keefe wants us to think beyond the meatiness of mushrooms, and to consider their many other flavors and aroma attributes. She says they can be naturally fruity like apricots, taste similar to coconut, or give off the scent of cinnamon when seared. O’Keefe is a British chef; she co-wrote The Mushroom Cookbook with Michael Hyams, a book in which they describe dozens of different mushrooms and how to cook them. O'Keefe talked with our contributor David Leite, and shared the recipes for Kale and Shiitake Soup and Mushroom and Oyster Pies.

David Leite is the publisher of the website Leite's Culinaria, which has won two James Beard awards. He is the author Notes on a Banana: A Memoir of Food, Love, and Manic Depression, as well as The New Portuguese Table: Exciting Flavors from Europe's Western Coast, which won the 2010 IACP First Book/Julia Child Award. Leite also won a 2008 James Beard award for Newspaper Feature Writing Without Recipes, a 2006 Bert Green Award for Food Journalism, and Association of Food Journalists awards in 2006 and 2007.
Cucumber Tahini Gazpacho with Crispy Spiced Chickpeas
Summer Squash Escabéche with Mushrooms, Arugula, and Steak
Salmon Cakes with Chimichurri
Sticky Korean Beef