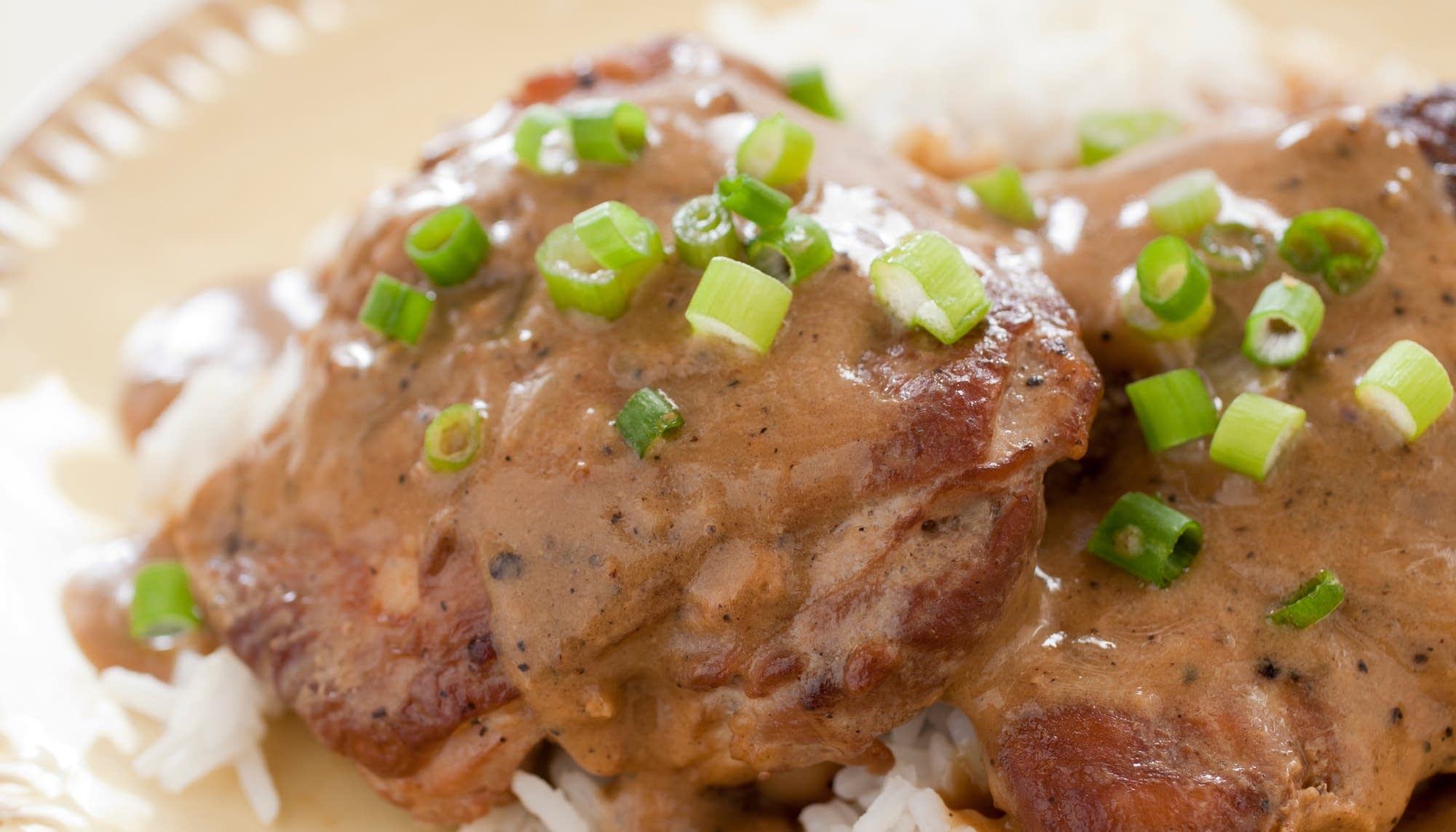 What Is Adobo? While many Americans think of “adobo” as the tomato-based sauce packed in cans with chipotle chiles, the most basic definition of the word is “sauce” or “seasoning.” The Spanish term originally referred to a vinegar- or chile-based sauce or paste that was added to meat as a preservative. Over time, the term came to apply to similar dishes in Latin American and Filipino cuisines. In the Philippines, where adobo is considered the country’s national dish, it’s a braise commonly prepared with chicken or pork. Vinegar and soy sauce (acetic acid and salt are natural preservers) flavored with aromatics like garlic, bay leaves, and black pepper serve as the braising liquid. The tangy cooking liquid is then reduced to make a sauce, and the dish is served with steamed white rice. Light coconut milk can be substituted for regular coconut milk. Serve this dish over rice.

1. Toss chicken with soy sauce in large bowl. Refrigerate for at least 30 minutes and up to 1 hour.

2. Remove chicken from soy sauce, allowing excess to drip back into bowl. Transfer chicken, skin side down, to 12-inch nonstick skillet; set aside soy sauce.

3. Place skillet over medium-high heat and cook until chicken skin is browned, 7 to 10 minutes. While chicken is browning, whisk coconut milk, vinegar, garlic, bay leaves, and pepper into soy sauce.

5. Remove bay leaves and skim any fat off surface of sauce. Return skillet to medium-high heat and cook until sauce is thickened, 5 to 7 minutes. Pour sauce over chicken, sprinkle with scallion, and serve.