From The Future of Urban Farming
September 8, 2017 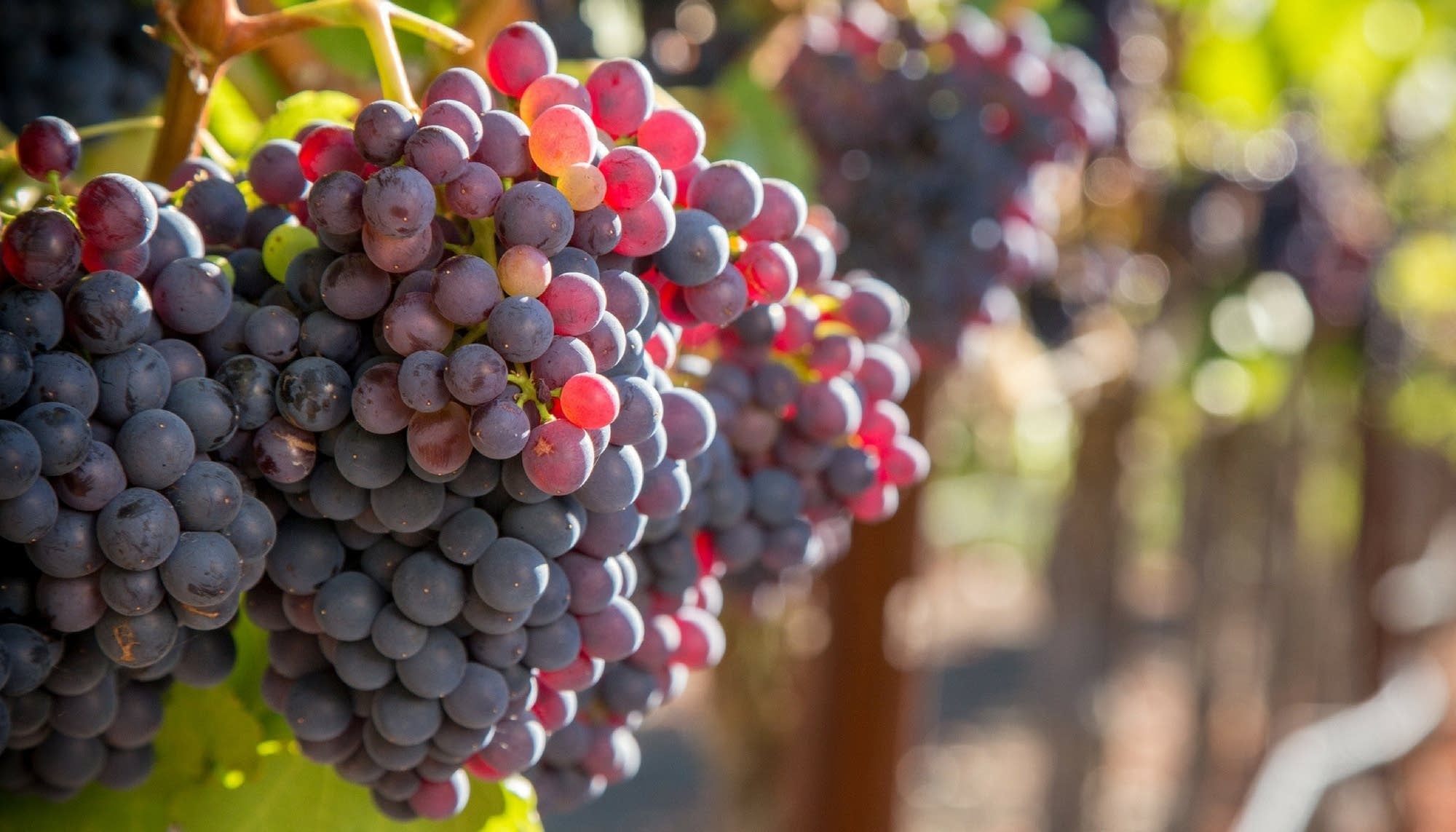 California may be best known for making wines from popular grape varieties like cabernet sauvignon, chardonnay, merlot, and pinot noir. But there are also vintners who grow less common Rhône grape varieties such as grenache and syrah. These grapes were brought by immigrants to California more than 100 years ago, and they flourished until Prohibition. However, these varietals have made a comeback. Patrick Comiskey is the author of American Rhone: How Maverick Winemakers Changed the Way Americans Drink. The book has been shortlisted for the Andre Simon Book Award and Roedere Book Award/Domain Faiveley International Wine Book of the Year. Comiskey talked with contributor Russ Parsons about the all-star wines of the American Rhône and their connection to the original Rhône Valley of France. Below the interview, you’ll find a list of Comiskey’s recommended wines.

Russ Parsons: American wine drinkers tend to focus on a few varietals: cabernet sauvignons, chardonnay, pinot noir. The Rhône Valley offers dozens of varieties. What can someone new to these kinds of wines expect?

Patrick Comiskey: Interestingly, there is a great range because the Rhône Valley is a long north-south valley. You get continental flavors, and you get Mediterranean flavors. You get powerful, red wines like syrah, and you get light-bodied white wines like picpoul and grenache blanc. In the middle, you have wines from warm regions like Châteauneuf-du-Pape and Gigondas. These are grenache-based wines; they are heady, voluptuous, and extremely powerful red wines.

RP: How do those translate when they’re planted in the United States? Do they come across exactly the same, or does climate and geography dictate some changes?

PC: It dictates a lot of changes. In general, California is a warmer climate than most regions in the Rhône Valley. You end up having a lusher, more approachable red wines, and a more powerful, richer white wines.

RP: Where is that American Rhône centered geographically? What are some of the key wineries that people should be looking for when they’re buying wine?

PC: Historically, they centered themselves on the Central Coast of California. Paso Robles has a very strong focus on Rhône varieties. Areas of Santa Barbara County, as well. In particular, the wines of Ballard Canyon and the Santa Maria Valley. Bien Nacido Vineyards being one of the oldest plantings and one of the earliest cool-climate plantings of the Central Coast.

That’s where you’ll find two very good go-to wineries that are found in this category. The first is Qupé winery. They are based in the Santa Maria Valley, but they make wines from all around the Central Coast. They have a basic bottling of Central Coast syrah that will knock your socks off for less than 20 dollars; it’s a terrific bottle of wine. They also make thrilling, single-vineyard wines of grenache, roussanne, and marsanne; they’re actually one of the earliest producers of marsanne in the country.

Go a little bit farther north and you end up at Tablas Creek Vineyard, a historic winery. It’s a joint partnership between an American family – the Haas family – and the Perrin family of Châteauneuf-du-Pape; this amounts to the first French investment in Rhône varietal wine making on California soil. And for that reason, it’s very important, but they’re also remarkably stylish wines of a certain French reserve.

RP: The Rhône guys seem a little bit different. Give us an idea of some of the characters that are involved.

PC: The thing that set the Rhône movement apart – and the reason we can call it a “movement” at all – is because of the personalities that were involved. We had some of the most colorful characters that we’ve ever had in the history of California winemaking. The person you have to lead with is Randall Grahm of Bonny Doon Vineyard in Santa Cruz. Randall is a remarkable, verbally gifted antic – a completely peripatetic winemaker. He settled on Rhône varieties in the early 1980s because he felt like he was failing as a pinot noir winemaker. He ended up making one of the first Rhône blends in California; it was called Le Cigare Volant. He put on his label, a clever and a mysterious pun that involved a flying saucer. The rest is history. I venture to say that there was almost no humor on almost any California wine labels ever before Le Cigare Volant.

RP: What’s the story behind Le Cigare Volant? Why did he choose that name?

PC: He read a book by John Livingstone-Learmouth on the Rhône Valley. Livingstone-Learmouth found a small decree that was issued in the 1950s by a bureaucrat in France which forbid any flying saucers to land in the vineyards of Châteauneuf-du-Pape. It’s a good thing, too, because it never happened. However, Randall seized upon this as one of the stranger anecdotes that originated from this part of the world, and decided to call his wine Le Cigare Volant, which is French for flying saucer, or flying cigar.

What’s old is new again: varieties and blends to discover from the American Rhône pantheon
A list of wine recommendations by Patrick Comiskey

This is a variety which didn’t much exist in California before 1992, when Tablas Creek Winery imported cuttings from France; it wasn’t planted in any quantity until after 1999. No one, not even Tablas, could have predicted how well it would take to California, where it makes a vibrant, sunny, lemony white wine. Look for wines from Tablas Creek, Domaine de la Terre Rouge, and Halter Ranch.

The Rhône Valley is the home of both white and red blends made from no less than 23 different grape varieties, but there’s a method to this madness, in that the blended wine is almost always more harmonious and multi-dimensional with additions. It’s a plus that so many of them play well together— viognier adds a fruit blossom disposition to marsanne staunch demeanor, and syrah provides savoriness and gravitas to grenache that would otherwise seem a bit daft. Seek out grenache blanc heavy blends from Kunin, Tablas Creek, and Unti. Reds, too, inspired by Châteauneuf-du-Pape, are increasingly prevalent in the market—wines like Edmunds St. John’s Rocks and Gravel, Beckmen’s Cuvee le Bec, and one of the classics, Bonny Doon’s Le Cigare Volante.

Mourvedre has been in California soil since the 1860s, and you can still find wines made from very old vineyards that were planted several decades ago by Spanish, Portuguese, and Italian immigrants. The variety’s heat-tolerance and versatility of style has made it a go to red among growers, some of whom are creating wines of astonishing complexity. Look for the wines of Dirty & Rowdy, Skinner, Terre Rouge, and in Washington, Mark Ryan and Gramercy Cellars.

More than 20,000 acres of syrah hare now planted in California alone, but very few of it grows in places cool enough for lighter varieties, like pinot noir. That, however, is where the variety thrives, slows its growth metabolism to develop mature flavors while retaining both acidity and the exotic aromatic character the variety is known for, that ranges from purple flowers and garrigue herbs to notes of leather, smoke, and bacon fat. Seek out the wines of Arnot Roberts, Wind Gap, Drew, Qupe, Savage Grace, and Peay, for wines of nerve, complexity, and haunting aromatics.