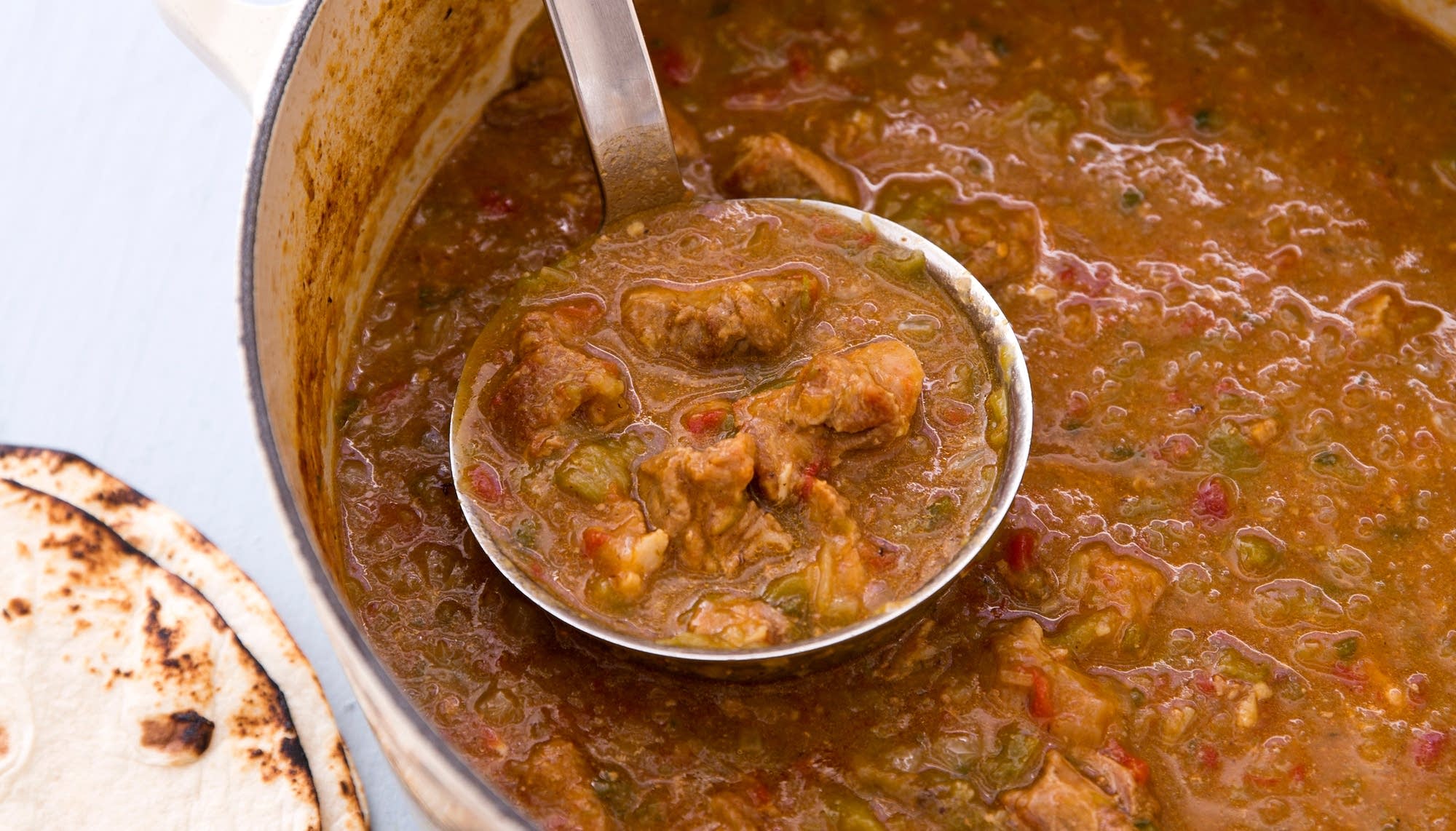 This popular southwestern dish boasts rich bites of pork in a sauce dominated by green chiles. For our version, we used a combination of Anaheim and jalapeño peppers. To achieve the cohesive flavor and mild vegetal taste that we liked, we used canned, diced tomatoes and more than 2 pounds of chiles, along with 3 pounds of boneless pork butt—our preferred cut for its rich meatiness. To reduce the hands-on time, we started the pork with water in a covered pan to render the fat, then let the even heat of the oven cook the chili. Adding the jalapeños just before serving gave a fresh hit of heat. The chiles can be roasted and refrigerated up to 24 hours in advance.

Combine pork, 1/2 cup water, and 1/2 teaspoon salt in Dutch oven over medium heat. Cover and cook for 20 minutes, stirring occasionally. Uncover, increase heat to medium-high, and continue to cook, stirring frequently, until liquid evaporates and pork browns in its own fat, 15 to 20 minutes. Transfer pork to bowl and set aside.

Remove skins from Anaheims. Chop half of Anaheims into 1/2-inch pieces and transfer to bowl. Process remaining Anaheims in food processor until smooth, about 10 seconds; transfer to bowl with chopped Anaheims. Pulse tomatoes and their juice in now-empty food processor until coarsely ground, about 4 pulses.Heat oil in now-empty Dutch oven over medium heat until shimmering. Add onions and cook until lightly browned, 5 to 7 minutes. Stir in garlic and cumin and cook until fragrant, about 30 seconds. Stir in flour and cook for 1 minute. Stir in broth, Anaheims, tomatoes, and pork with any accumulated juices and bring to simmer, scraping up any browned bits. Cover pot, transfer to lower oven rack, and cook until pork is tender, 1 to 1 1/4 hours.