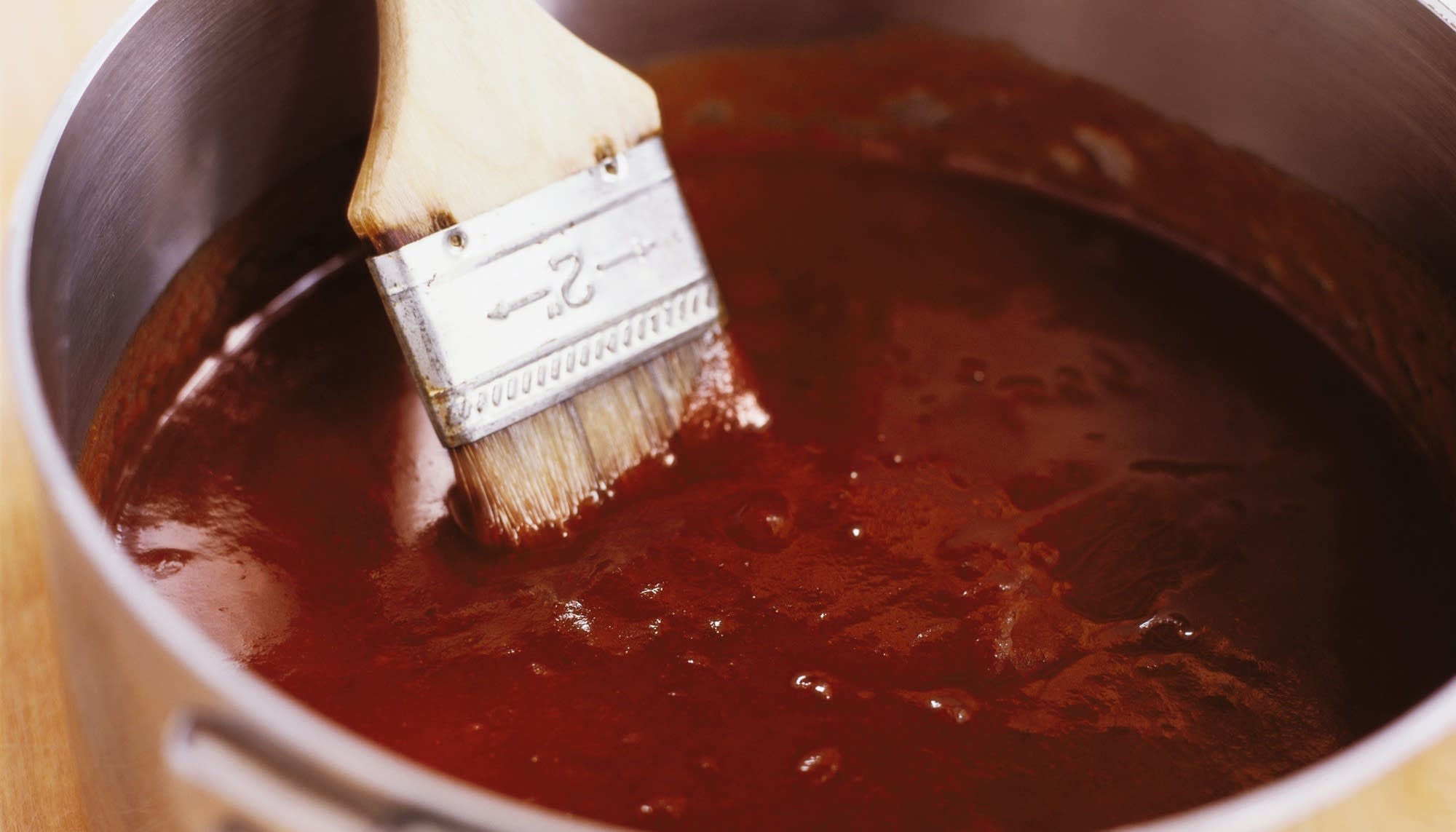 There are many regional takes on barbecue in the United States, each with its own idea of the perfect sauce to complement barbecued meats. However, Kansas City-style sauces rule supreme when it comes to bottled sauces the supermarket; simply put, it is the style of sauce that most American think of when they think "barbecue sauce." But if you'd rather make your own Kansas City-style sauce at home, try this recipe from America's Test Kitchen. The folks at America's Test Kitchen says they like their barbecue sauce extra-thick. If you like a thinner, smoother texture, the sauce can be strained after it has finished cooking.

Heat oil in saucepan over medium-high heat until shimmering. Add onion and cook until softened, about 5 minutes. Whisk in remaining ingredients, except for liquid smoke, and bring to boil.

Reduce heat to medium and simmer until mixture is thick and has reduced to 4 cups, about 1 hour. Stir in liquid smoke, if using. (Sauce can be refrigerated in airtight container for up to 1 week.)