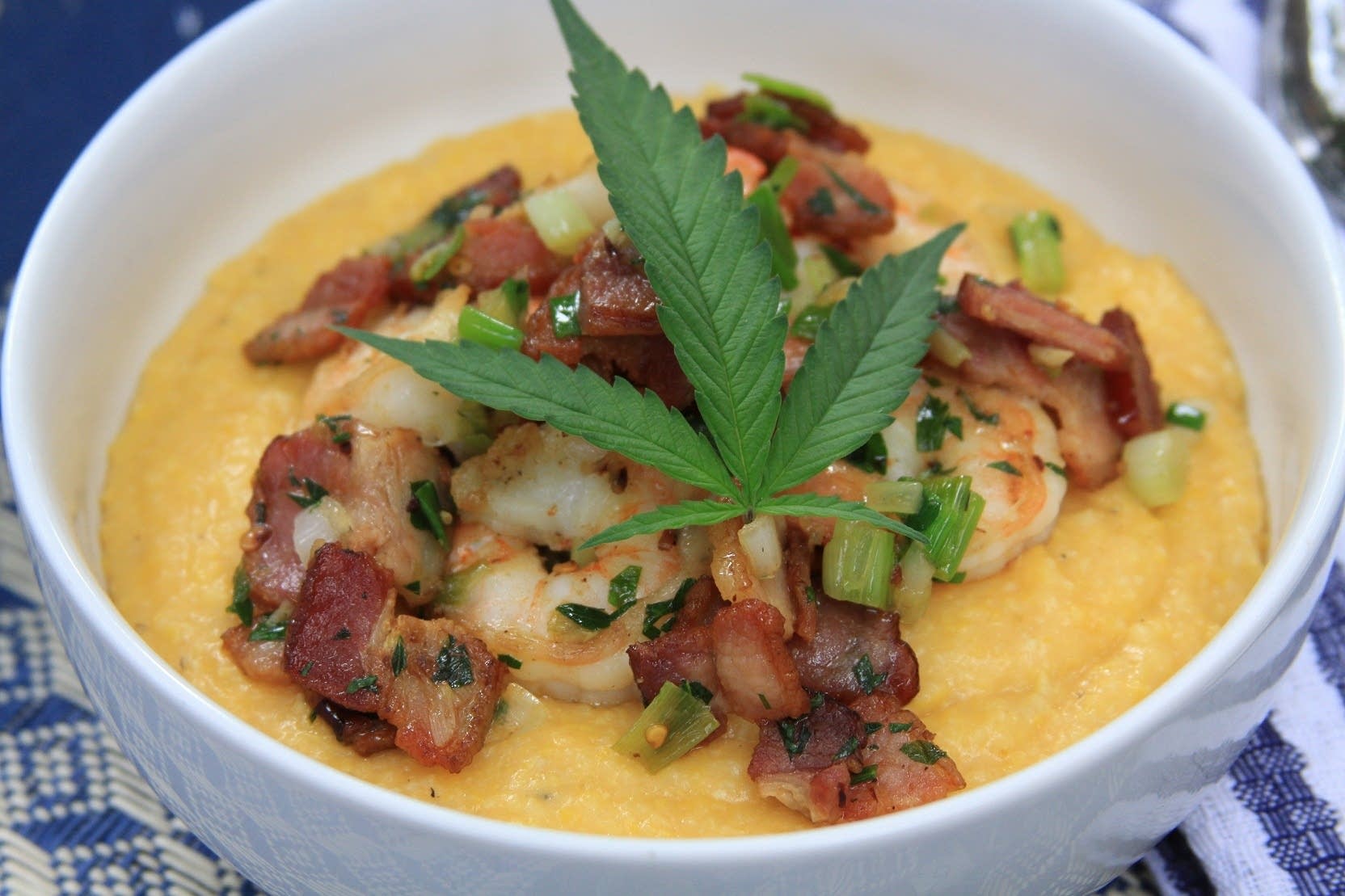 Cooking with new and unique ingredients can be tricky. It requires experimenting in the kitchen, trying different methods, and taste-testing many results in search of the best use. But how do you cook with – and perfect dishes including – an ingredient that is not legal everywhere? Managing producer Sally Swift talks with Dan Souza, executive editor of Cook’s Science, about cooking with cannabis. After their interview, he shared an in-depth Cook’s Science article "Beyond Brownies: The Science of Cooking with Cannabis" on the topic.

Sally Swift: I want to talk about cannabis cooking. Since so many states have legalized it, and people are starting to work on edibles, chefs are totally digging in with it. I'm wondering what you guys have figured out at Cook’s Science about what's going on with marijuana and cooking.

Dan Souza: Sally, I never thought that you'd ask about weed. At Cook’s Science, we are fascinated with this burgeoning industry, and we wanted to see what was happening now. We reached out to an awesome journalist, Andy Wright, and she reported this great piece for us about the edible marijuana industry. It's in its infancy but is growing in interesting ways. The big thing that we realize – and that Andy realized in her reporting – is that eating weed has a PR problem and the reason is…

SS: It's not delicious?

DS: The taste is probably the smallest factor in that. The bigger thing is that anyone who's tried eating weed at some point in their life has had that bad experience. When you eat marijuana it takes a long time to set in, and a lot of times you end up over-dosing. It has a long half-life; it stays with you for a long time, and you feel the effects. Andy talked to a chef named Chris Sage out in Northern California,  who’s also known as “the herbal chef,” about some of the challenges around that. He's doing things that elevate eating weed way beyond a stoner activity. He's having multi-course and THC-infused gourmet dinners in a style that he described as French with Italian and Middle Eastern influence. This is much more than trying to bake brownies and get high without the aroma of weed in your basement; it's different. But Chris Sage and other chefs face big challenges; they have to don their science cap and become scientists in order to figure out how to do this stuff.

SS: How do you figure out how much THC there is? You don't know unless you're buying it from a dispensary, correct?

DS: That's right. Let's say you're buying weed, and it's not from a dispensary; you don't know exactly the composition of that weed. That's one problem. The next level is, in raw weed, cannabis, there's no THC, which is the psychoactive component that makes you high. There's a pre-cursor to it called THC-A. To convert THC-A to THC you need to go through a step called decarboxylation. It sounds technical, but it's just heating it up to a certain temperature – usually about 240 degrees – to convert it to THC. When you're decarboxylating marijuana, you don't know how much THC-A you've converted over to THC. That's another issue. Then you don't know how much you extract into whatever fat that you're trying to infuse the THC into, whether it's butter or coconut oil.

SS: Is that how cooks manipulate pot? They basically get it into some kind of fat?

DS: THC is fat soluble, so that is usually the case. Butter is the classic one, but people are testing olive oil and less saturated fats to see the effect. You can do an alcohol extraction. Chefs are also trying things like using a sous vide extraction – sealed in a container and cooked at a low temperature for a long time to see if that pulls out more THC. They've tried with pressure cookers. There are some that are going full chemist and using a rotary evaporator, a fancy piece of equipment that separates out certain compounds that you want in a sophisticated way. Basically, anything you see happening in fancy restaurants trying to improve flavor and texture, chefs are throwing at marijuana to make the best edibles. But there's all these scientific challenges to it.

SS: The pot brownies of long ago were brilliant devices because the fat and all that cocoa covers the taste, right?

DS: That's right. What's interesting is to a lot of chefs, “brownie” is now almost a bad word. What they're trying to do is elevate this cuisine away from that. That was a good vehicle for getting high, but we're talking about tasting menus where there's THC-infused foie gras in one sample, and people are willing to pay hundreds of dollars for it. There's definitely a desire for this. It’s up to these chefs to navigate a lot of the scientific and legal challenges that are in their way to making this happen.

SS: The other issue is marijuana is legal in certain states and the District of Columbia, but it's not federally legal.

DS: That's right. At Cook’s Science, when we do a big story like this, we always like to come back to the test kitchen and develop recipes and run experiments that tie back to it. That way you can make something at home that ties you to the story.

SS: Right. Do you have a brownie recipe for us? [laughs]

DS: We had high hopes – no pun intended – of doing this, but we ran into some serious challenges. How do we do tastings? We taste things constantly in the kitchen. How do we have repeated tastings over the day to figure out how these things taste and how they work? We’re also dealing with the fact that it isn't federally legal to do this. While Massachusetts is a pot-friendly state, our legal team was concerned whether that would be a good idea for us to do. So, our experience mirrored what a lot of these chefs are dealing with. There's big demand, and I think we're going to see a lot of things happen in this industry, but there's a lot of road blocks still in the way.

For more information on culinary applications of and experimentation with cannabis, read Andy Wright's Cook’s Science article "Beyond Brownies: The Science of Cooking with Cannabis."

The Splendid Table frequently visits with the test cooks at America’s Test Kitchen to discuss a wide range of topics including recipes, ingredients, techniques and kitchen equipment.
Mint and Pea Frittata with Sumac
Ginger & Lemongrass Salmon with Greens in a Parcel
Eggplant Parmesan
Fettuccine with Mackerel, Sun Gold Tomatoes, and Parmesan